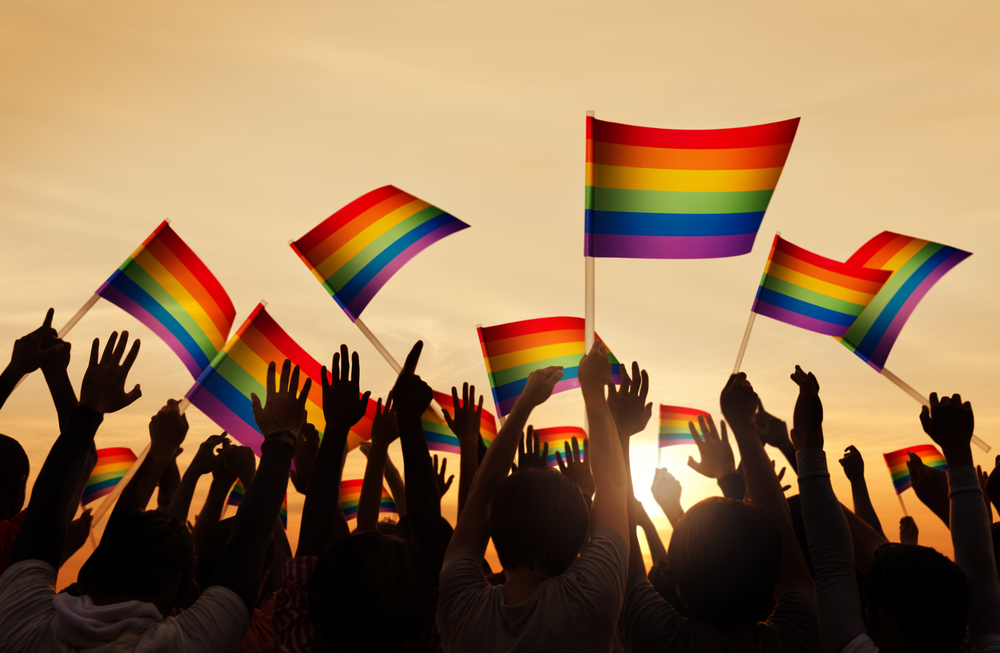 When you’re a little kid, and something bad happens—another kid taunts you on the playground, or you fall and scratch your knee while playing outside—the instinct is to run home. There is a sense of safety within the four walls of the place you and your family sleep every night and an unparalleled comfort in the embrace of your mother.

As an adult, there is nowhere I feel safer than in the arms of my partner. Today, I held her close as she shed tears at a vigil in Jackson Heights in honor of the Orlando victims. That safety, too, has been compromised. Today, I feel unsafe, and there is nowhere to turn.

I still remember the first time I went to a gay club. I was living in L.A., and though out to friends, was not out to my parents yet. I lied to be able to go out to Hamburger Mary’s in Long Beach with a female friend and a few of her friends. Later, a little tipsy, we made out for the first time. It was euphoric, not just because I was finally able to kiss my crush. There was something magical about being in a space where, though I had never been there before and only knew a handful of the hundreds of faces around me, I knew I was safe.

Pride month, too, is sacred. My very first pride parade, also in Long Beach many moons ago, was euphoric—seeing others like me, others who were out and proud, and of all ages, sizes, ethnicities, creeds—it was empowering. I remember buying my first rainbow item, a beaded bracelet, as we awaited the parade’s arrival. I was beaming, proud to wear it, and even prouder to be part of a community that finally made me feel like embracing every aspect of who I am was more than okay- it was celebrated.

For the LGBTQ community, and those who further identify as people of color, creating safe spaces where we are free to be who we are, express ourselves without fear of judgment or ridicule, is sacred practice. We become fluent in the rituals of creating space for one another, often because the real world doesn’t have space for us.

The shooting in Orlando, and it’s specific targeting of LGBT individuals, is a sobering reminder that safety is merely a construct. When we let our guards down in our own homes, or around people we love, this safety protects us and our vulnerabilities.

What the Orlando shooter did, and the mainstream media fails to understand, is violate our safety. The spaces we created for ourselves, safe from a crueler, unwelcoming reality, has been encroached upon.

In a city where I should be able to hold my partner’s hand as we walk down the street, I am scared.

This time last year, during Pride, we were celebrating the Supreme Court’s decision affirming the validity of same-sex marriages. This year, my partner asks me if I feel safe enough to go to Manhattan pride, in the light of Orlando, and knowing that a man with explosives and ammunition was on his way to LA Pride.

I tell her there is no other option. I refuse to live in fear. My whole life, my identity and work, my passion and my calling—is about being out. It’s about visibility. It’s about having found the courage and freedom to be who we are. It’s too late to go back.

I don’t know how we’re supposed to find safety again, rebuilding it from scratch, in the shadows of so much pain and violence. It’s not fair.

Maybe tomorrow, my activist self will wake up and take over-marching on, literally, in a fight there seems to be no end to. But yesterday, I held my partner a little closer, no longer able to look her in the eye and say that I promise to keep her safe—that’s not something I know to be true anymore. With more questions than answers, I’m simply tired and heartbroken.

The Love for Being Filmi