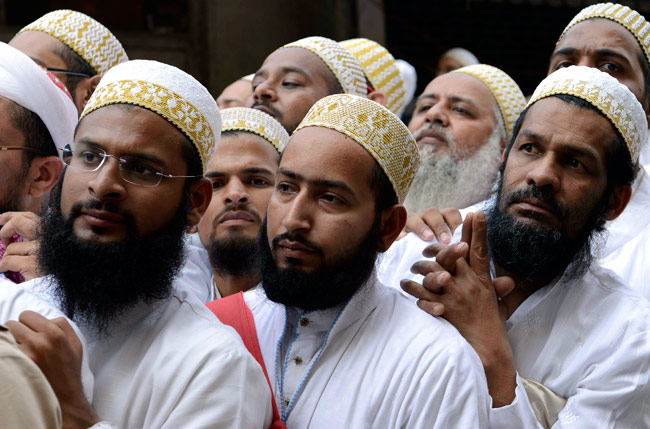 The fatwa given during the Zikra majlis by Syedna Mufaddal Saifuddin in favor of female genital cutting dug up the wound in my heart, which is also the reason I am writing this post.

Looking at parts from the audio clip leaked from the majlis, at one point, Syedna Mufaddal Saifuddin says what translates to English as:

“It must be done. If it is a man, it can be done openly and if it is a woman it must be discreet. But the act must be done. Do you understand what I am saying? Let people say what they want.”

The Syedna made no direct mention of the word “khatna” or “khafz,” but asks the act be done discreetly for girls so that the community does not get tangled in any legal trouble. He cryptically says, “Do you understand what I am saying?” It was a clear reference to female genital mutilation (FGM).

It is obvious that this was in response to the raging debate on FGM that has occurred in public after three Bohras were convicted in Australia for practicing khatna on two minor girls. No one from the clergy has come forward to participate in this debate, and the Syedna in his fatwa said, “We are not willing to talk to anyone on this issue.”

The reason this issue dug up a wound in my heart is that a couple of years ago my daughter was made to undergo this barbaric ritual, against my wishes, under pressure from family elders and the ladies in particular.

A year before my daughter turned seven, my wife told me that when our daughter turns seven we have to do her khatna. Unlike most men in the community, I was aware of what khatna or FGM is and I told her that I will not allow this. I told her this practice was started centuries ago by Dawoodi Bohras who wanted to curb the sexual desire of their women, as the Bohra men often traveled for business.

I told her that there is no scientific/medical basis for khatna or FGM. There is no mention of it in the Quran and other Muslim sects do not practice it. I even told her that it is illegal in the western world and has been declared a violation of human rights by the United Nations.

What I also did was start a discussion within my close Bohra friends group. I raised the issue about why a girl who doesn’t understand what is going on or what’s being done to her has to go through this, especially when the ones taking her for the cut are people she trusts.

One reply I received from a female friend in the group is etched in my memory. She said, “Would you want your daughter to have multiple sex partners and have extra-marital affairs?”

I was taken aback by the reply, particularly as this friend is a well-educated person otherwise! It left me in despair on realizing the extent of falsehoods that have been propagated within the community, with people being brainwashed into believing something as barbaric as khatna, which has no scientific basis and is a violation of human rights.

Forcibly doing something that is thought to curb sexual desire is in itself a violation of human rights. If educated young women of the community think in this way, what to say of the elders who still dominate decision-making in the majority of Bohra households?

My wife agreed with me and was reluctant to put our daughter through the horror. She told my mom and her mom that I was against the decision. She was told by both that there would be no argument and this centuries-old practice has to continue just like how they went through it.

I, being the only son, live with my parents. My wife was torn between me on one side and my mother and her mother on the other. Talking to my parents did not help and ended with the usual invocation that it’s a “religious obligation,” tears, emotions etc.

My wife and I left the matter hoping that when the time came, we could fake it. But, when my daughter turned seven, my mom wanted to accompany us and our daughter to get her khatna. She wouldn’t let us go alone. She made sure the appointment with a Bohra gynecologist (sigh!) was made.

My daughter was put under the blade. The fault is mine. Maybe I wasn’t strong enough or forceful enough then to prevent that atrocity on my daughter. But, now that there is a perfidious attitude where, on one hand, there is this fatwa in favor of the practice, while on the other hand, jamaats (congregations) in Western countries have issued letters telling citizens to refrain from the practice, I thought it is time men from the community spoke out against it. It is time for Bohra men to be informed about this evil practice and come out against it to save their daughters.

As it is well-known that the consequences of openly raising your voice against the Syedna have dire consequences, so it will be difficult to get rid of this practice by mobilizing support from within the community. Some people may be against it, but they don’t say it openly.

In my opinion, building support in the larger civil society and legal recourse is the best way to end the practice. Maybe a public interest litigation (PIL) in India will receive positive results. There is already a raging debate in India over triple talaq (“divorce”) after a lady filed a PIL against it. It has since gotten larger public attention and support.

I commend the members of Sahiyo who are fighting against FGM. This post is my small contribution in support of their effort for a common good.

~ Written by Yusuf, a guilt-ridden and remorseful father belonging to the Dawoodi Bohra Community.