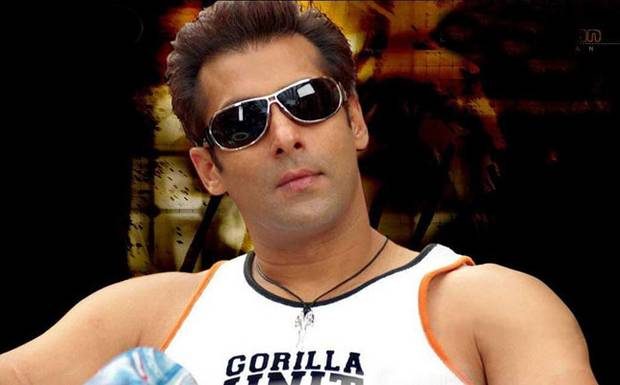 This open letter to Salman Khan is a response to his comments on the physical strain of shooting for his upcoming film, ‘Sultan’.

When asked how difficult it was playing the role of a wrestler for the film, Salman Khan responded:

“While shooting, during those six hours, there’d be so much of lifting and thrusting on the ground involved. That was tough for me because if I was lifting, I’d have to lift the same 120-kilo guy 10 times for five different angles. And likewise, get thrown that many times on the ground. This act is not repeated that many times in the real fights in the ring. When I used to walk out of the ring, after the shoot, I used to feel like a raped woman. I couldn’t walk straight. I would eat and then, head right back to training. That couldn’t stop.”

There’s no question that being an actor is no easy thing, especially when one plays the physically demanding roles you have done in your illustrious career. You have become an Indian icon, and the entire world is at your feet. That means the entire world is watching and listening to you.

Your comment of feeling hurt like a “raped woman” because of your role in “Sultan” was a slap in the face for the hundreds of thousands of women in India experiencing the emotional and physical trauma of sexual assault. It was a slap in the face for the scores of women striving to improve the plight of women in India after the Nirbhaya gang rape case. In fact, despite your feeble attempt to cover up the remark with laughter and joke, its lasting impact has been seared into people’s minds around the globe.

No person, man or woman, knows what it’s like to be raped unless they have actually experienced it. The idea that the physical repercussion of rape is analogous to a grueling wrestling shoot simply reinforces the cultural attitudes towards violence against women in India.

You haven’t been kicked out of your home for getting raped.

You haven’t walked alone at night with the fear that someone is going to hurt you.

You haven’t shuddered at the thought of being touched by a man again, despite him being someone you love.

You haven’t woken up in the middle of the night screaming years after the fact.

You and your family have not suffered because of the inhumanity of someone else.

You haven’t been victimized again and again because of the choices of another person.

You don’t know what it’s like to have your freedom and sense of security stolen from you.

You don’t know what it’s like to have to piece your life back together because society shuns you for being a victim instead of shunning the rapist.

You will not carry around the immense pain, trauma, and shame that follows rape or sexual assault with you for the rest of your life.

Because, for a woman, the visible scars and bruises left from an assault are the least of her worries – there is a lifetime of guilt, shame, and harrowing nightmares that follow.

To marginalize the pain of “raped woman” to something so trivial as not being able to walk straight is frankly appalling. Be thankful you were able to “eat and then, head back to training.” Be glad you did not have to experience the nightmares a rape victim suffers. But most importantly, remember that you will never have the strength to overcome physical, mental and emotional trauma the way a rape survivor does.

As someone who is always in the spotlight, people are always looking to you to be their role model. You make men want to emulate your toughness and women want to be the heroines you romance on (and off) screen. Maybe Bollywood’s sexualization and objectification of women have rubbed off on you, and you weren’t able to stop yourself from saying what you did. But let this be a reminder to you and every other celebrity that you have the power to lead by example and change the rape culture in India. We can only hope that you learn from this mistake and pave the path for others to do the same.

But let this be a reminder to you and every other celebrity that you have the power to lead by example and change the rape culture in India. We can only hope that you learn from this mistake and pave the path for others to do the same.