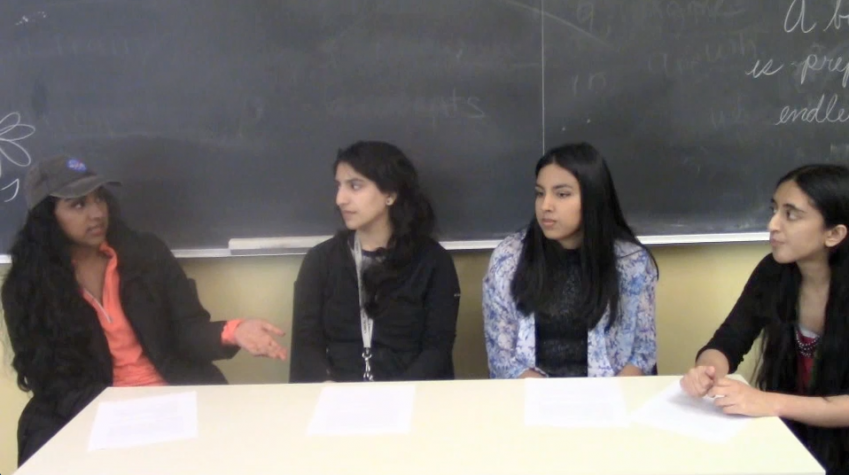 The Hindu-American Foundation recently released its 2016 Bullying in American Schools report and I was sad to find out that none of the results really surprised me. According to the study, one out of three survey respondents said they had been bullied because of their religious beliefs.

I’ve never felt bullied because of my Hindu beliefs, but I’ve certainly been condescended, patronized, and mocked because of my belief in God and adherence to the tenets of Hinduism–by students, adults, and sadly, teachers. I call that “annoying folks saying annoying stuff out of ignorance,” or if it’s a one-time, super rude comment, “straight-up mean.” But I guess it’s fair in the end to just call it bullying.

Condescending eyebrow-raise to the left as the girl’s neighbor giggles.

“What caste are you?”

Someone will inevitably ask this question, unaware that this is probably more insulting than asking how much money you make.

“You don’t really believe in all that stuff though, right?”

A friend will say, conspiratorially leaning towards me, smiling knowingly.

In my town, there were Christians and Atheists. If you weren’t one, you were undoubtedly the other. And most of my Hindu friends, tired of having to explain, defend, and argue something they barely understood themselves, rejected Hinduism by high school and turned towards atheism.

That’s what repeated instances of patronizing does to a person. I love my religion. A large picture of Radha and Krishna is proudly hung above my bed. I read the Bhagavad Gita, attend pujas, and enjoy singing bhajans. But it’s hard to proudly state that you are part of a religion that makes no sense to ears adjusted to the tunes of Abrahamic common sense. In this video, the Hindu American Foundation bullying report will be further discussed and deliberated on.