Community Highlight In the NewsJuly 19, 2016 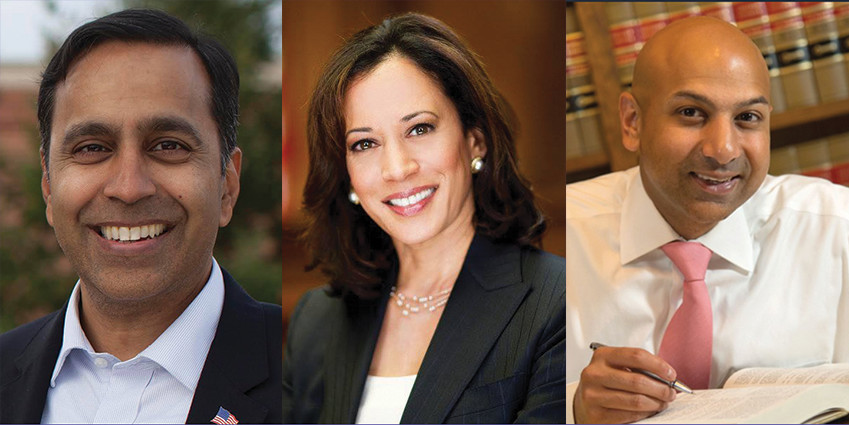 I’m glad to see them in political office, but it’s not particularly inspiring that there are so few South Asians holding political office overall. Even more, as a South Indian-Hindu with a difficult to pronounce last name, I feel a bit sad sometimes that the only Indian-Americans who seem able to get elected are North Indian-Christians.

However, I’m super excited about the 2016 election. Many South Asian Americans, including some South Indians, are running for political office across the country from both political parties, and I’m proud that they are representing our demographic.

Kamala Harris, who long served as attorney general of California, is running for the California senate to replace current senator Barbara Boxer. Harris promises to fight for civil rights and higher education, issues that many South Asian Americans care about.

Raja Krishnamoorthi, a small businessman, is running for the congressional seat in Illinois’ 8th district. With a loooong South Indian last name, I find it pretty awesome that he won the Democratic primary in the district with 60% of the vote in a three-way race, and is very likely to win his general election.

Abhay Patel of Louisiana is also running as a Republican contender for the Louisiana Senate. No matter what the political party, however, better representation of the South Asian American community is critical to furthering our needs as a community.

In this video, we briefly talk about these political candidates and then throw it over to some clips of a Holi celebration at the University of Oregon that happened earlier in June. Hope you enjoy the third episode of Brown Girl News!