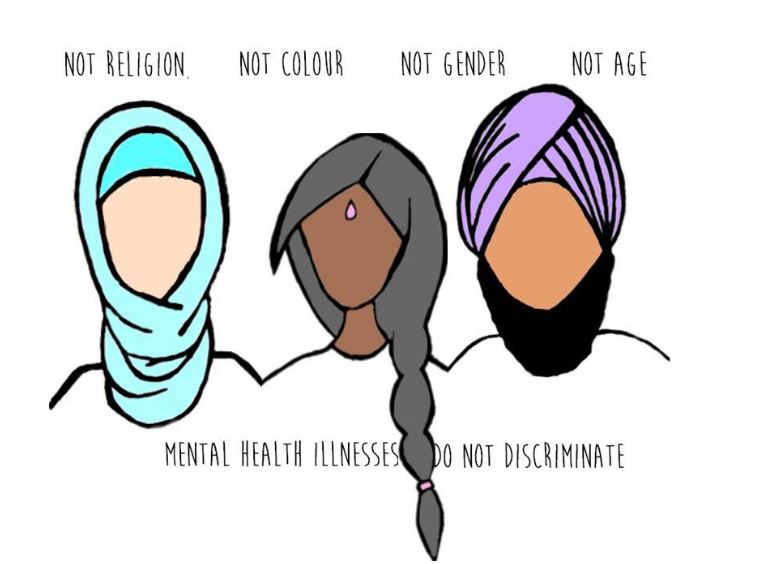 Lately, I have seen so many young, smart brown people discuss mental health in desi communities and it has been very empowering. To me, these conversations are more visible than ever. It could just be that I follow the right people on the Internet, but when Taimour Fazlani’s personal piece on South Asian men and mental illness went ‘viral’ late last year, I was so happy because it meant that people were responding to an otherwise taboo topic.

For a brown woman, it feels very cohesive when things that matter to me are discussed by other people. These discussions – whether an article or a talk – are important because they bring together people in a collective and respectful understanding of one another’s experience in a non-stressful way. It’s a helpful and wonderful thing to have!

Run by brown friends Aisha and Mahria, the South Asian Mental health Initiative (also known as SAMI), posts articles on a regular basis, covering the ins and outs of mental health and topics that affect South Asians. After studying psychology and noticing the lack of diversity in researchers and studies, they founded SAMI as a place to discuss these issues. I like that the website has a mix of academic references and opinion but overall, it has a very dutiful and ‘relatable’ vibe for brown people, especially in the UK.

1. So let’s talk about the beginning of SAMI. I remember Heems replied to your tweet about it, before it even existed. How did SAMI get started? What experiences led you to come up with the idea?

Aisha: “When we were in our third year of university, we had a class on domestic violence. There were two people who came and they worked with local police. And when there’s a case with domestic violence, they’re the aftercare team. They go round to all these houses providing support for victims and perpetrators.

And Mahria kept saying to me throughout the lecture that we’re going to go to them and we’re going to be like ‘give us a job’ and then at the end of the lecture, we found out that they’re not the only two people that do it and they’re not hiring. While we were doing our Masters as well, we were always like ‘We have to do it!’ but we never thought we’d actually start something like SAMI.”

Aisha: “I think it really hit me because someone I know had bipolar. And when I had tweeted Heems, I didn’t expect him to tweet back.  And I told Mahria about it and she was like ‘Who’s Heems?’  (laughs) and then, that’s when it started.”

2. There’s an idea of a ‘desi community’ or ‘South Asian community,’ which can be reflected in discussions about our mental health. What do you associate with that word?  How much do you think our ‘community’ contributes to our well-being?

Mahria: “In terms of mental health, it can go both ways. It can either be really beneficial because people can come together and be really supportive but on the other side, the whole stigma around mental health can actually be quite detrimental. And the community can actually have a negative impact if they are not supportive.”

Aisha: “We couldn’t do any of SAMI without the community, for example, it helps having an article shared into the wider community or reaching a part of the community by speaking at local events.”

Mahria: “It’s about all trying to get other people involved because that’s the biggest problem that we were noticing. People weren’t really talking about mental health and it’s about reaching out to the community and hoping that they get involved so that they too can make a difference. Whether that’s by sharing our posts, coming to an event or writing an article for us. We’re not going to be able to make a difference, as the two of us, unless other people get involved.”

3. I notice how visible our voices are now even if it’s just a tweet by a brown girl getting 1K retweets. I somehow feel the message is getting out there but obviously, I’m biased because there a lot of stuff out there that I purposefully avoid. How do you think the dialogue about mental health is changing, if at all?

Mahria: “We are more willing to accept that it is a problem now and especially, in our generation. But it’s like Aisha said, we’re not really doing anything about it.”

Aisha: “Because we’ve been brought up in a certain way, it’s hard. I’m trying. I tell my Mum all the time ‘don’t worry about what people think, it’s a societal thing!’ ”

Mahria: “Being online helps as well, though. There are people who you can talk about it with and it’s less personal.”

And that can be hard to translate into real life.

Aisha: “You’ve got two different sides of social media – you have the side that we’re quite familiar with – the ‘woke’ people. The people that say that we have been brought up in a certain way but we’re trying to better ourselves. They talk about certain issues that typically, we probably do not talk about if we didn’t encounter it. For example, talking about white privilege and talking about how it’s affecting us. It also relates to Psychology being a Western-centric thing – there’s a lot of conversation about that on the Internet.

But on the other side, we do see people who are ignorant about these issues. There’s this one girl I follow – I’m not gonna name and shame – but she lives to drag down feminism and especially, feminism in Islam. And I think ignorance like that ridicules what we’re doing and how we’re trying to get better. I think it’s these people that we really need to aim for. I’m scared that this person is going to drag me [laughs].”

4. What about the older generation in our community?

Aisha: “I think they’re harder to change in their attitude towards the subject of mental health but they’ve taught us and we’re hard to change too. For example, where I used to work, there’s quite a lot of ignorance going about – it’s not malicious and they’re not doing it because they want to say bad things about mental health, Asian people or Feminism. It’s [because] it’s in them, it’s what they’ve been conditioned to think.

I think I said to you once in a rant – that the first response to something is what you have been conditioned to do and then the second response is what you believe is right. So if you’re quite against something and you’re actively ignorant – that is what society had taught you to do.”

5. Taimour Fazlani published his very raw and important piece on men in our community and mental illness. Undoubtedly, gender intersects with our cultural values and the ways in which we chat about mental health. As brown women, what are your thoughts on gender and mental health?

Aisha: With SAMI, I think women are more likely to get involved. At one event we did recently, the only men that were there were the event organiser’s Dad and brother

I talk a bit about this in my piece on misogyny and how it is affecting brown men’s mental health. It does affect it because they see emotions as a feminine thing and unfortunately, our culture is so misogynistic that men don’t want to do anything associated with women. By attributing something so simple, as in talking about yourself, as a ‘feminine’ thing, they’re not getting the help they might need and they’re not accepting that they might not be well. It’s really bad because, in our country, suicide rates are higher in men than women.

Mahria: I think it is definitely men seeing it as a weakness. I guess it’s men in general, not just men in a South Asian community – it’s men plus the SA community – a double factor contributing to it.

6. What is next for SAMI and what are the long-term goals of SAMI?

Mahria: Currently, we are an online community project and initiative. And hopefully, we will try and venture into something that’s a bit more active, not just something based online.
Aisha: I think the end goal is to become a charity. We want to – one day – become a charity and be able to offer therapies. In May, it is Mental Health Awareness Week but SAMI will be celebrating it for the whole month. And because it is our first year doing it, we want to do something big. Usually, we would pick one topic and have people be involved in doing things related to one theme. But we don’t want to dim it or make it a divided thing. We’re going to ask people to write articles and make content for our website. We’ve already got one of our friends performing a rap for us. It’s just to get as many people involved! We said earlier that it is a community project and it’d be nothing without the community’s support and involvement. 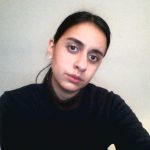 Ameena Khan is a soon-to-be research student with a degree in journalism, living in Birmingham, UK. She loves bell hooks, Jean Baudrillard and Das Racist. Read more from her at her blog and her Tumblr.