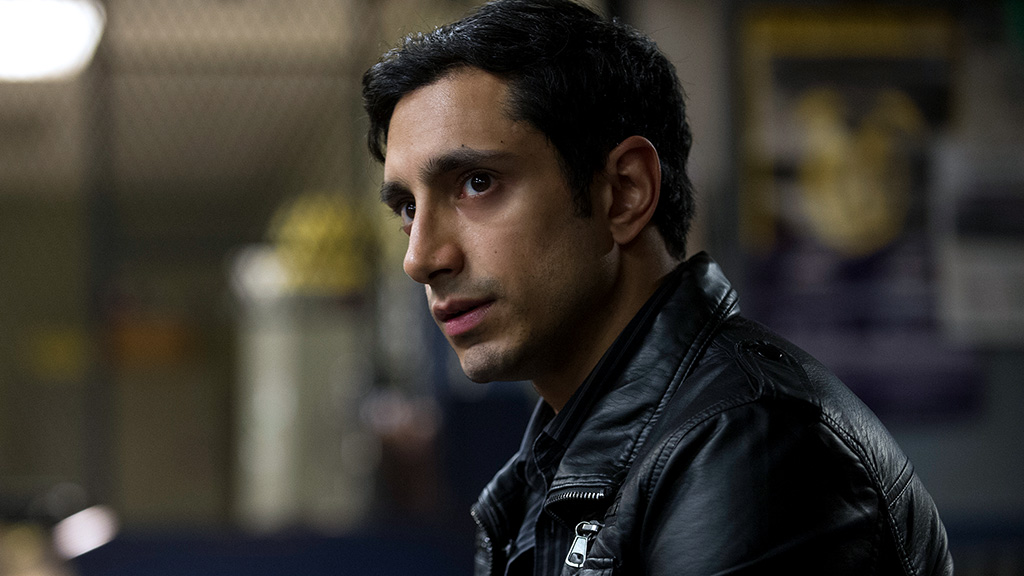 If you’re like me, you’ve abandoned reality in the hopes of becoming a private detective after diligently watching new episodes of HBO’s hit mini-series, “The Night Of.” Quiet and shy turned-prison-bad-boy Nasir Khan (played by Riz Ahmed) captivated his audience from the very beginning of the show: his serene nature giving way to a darker side after a one-night stand with a young woman who entered his father’s cab turned deadly.

Accused of Upper West Side resident Andrea Cornish’s murder with no memory of the night of, the question then begs: who did it?

Each new episode brings us shocking plot twists; convinced of Nasir’s innocence from the start, viewers have been on the receiving end of mounting evidence that implies otherwise, causing many of us to rock on the edge of our seats and let out agonized moans every time our protagonist does something particularly shortsighted…like tattooing his prison nickname ‘Sinbad’ on his knuckles or becoming an accomplice to murder.

Never before has such a wildly popular show featured a main character so relatable to the South Asian community; a Queens-born, Pakistani-American Muslim whom all of New York City believes to be the brutal murderer.

I mean, who hasn’t stolen their dad’s cab to sneak away to a party in the city to turn up, right? Trouble is, you’re supposed to return it when you sneak back home in the early hours of dawn.

While the plot thickens every Sunday, some of us are unable to sleep after the show, instead opting to toss and turn throughout the night while a million ways to prove Nasir’s innocence run through our head, though doing so has itself become an arduous tas

“The Night Of” forces the audience to confront a number of modern-day controversial issues, the most glaring topic being Islamophobia. With terror attacks, burkini bans, and murders of Islamic individuals committed in broad daylight making headlines as of late, it is only natural to face the issue head on: Is the effortless accusation against Naz because of the evidence stacked against him, or is there a predisposed inclination towards his guilt flatly due to his ethnic background?

On one hand, the evidence presented to us renders this case open-and-shut: boy meets girl, has no history of drugs or alcohol but consumes both in one night (and tequila, no less–if that doesn’t lead to blackout nights than I don’t know what does), wakes up to her dead body stabbed 22 times with no memory of the night before. His immediate call to action? Run away with a bloody knife in his jacket pocket.

On the other hand, Nasir’s life prior to this incident had been relatively normal. He was a business major in college, living at home, quiet and respectful of his parents. He had no prior record, and was essentially a “good boy,” the kind all desi parents want.

It is only when hidden details of his past leak out that the doubt of his innocence begins to creep in. When his history of violence was brought up, i.e. throwing a classmate down a flight of stairs after being provoked for his religion, a dubious feeling was cast into our hearts. His cruel ability to beat a nude, fallen man, and his premeditated compliance in a prison murder demonstrated a malicious and downright evil side to Naz that we were all hoping he didn’t possess.

(Not gonna lie, though, prison-Naz is kinda sexy.)

Oh, and did anyone else notice the strange look he gave his former classmate who admitted to purchasing Adderall from Naz? The cold look in his eyes combined with that terrifying smirk that played on his lips, which to me implied “you’re dead,” would have sent me running for the hills if I were the one on stand.

Heartbreaking still was watching the Khan family suffer. As with many criminal cases, the impact on family members is often overlooked because the spotlight is on the accused. Nas’ parents, already working class immigrants with hardly any money to their names, are left jobless after his mother is unjustifiably fired from her job and his father has no cab to his name. Left to grab at whatever comes their way, the devastating scene of his mother now mopping up dirty floors as a janitor, and Chandra Kapoor (Nasir’s defense attorney) opening the door to greet her delivery man only to see Naz’s dad was enough to make me want to jump into the television and throttle Naz. His younger brother, on whom there is limited attention (is there a reason?) is acting defiantly as a result, seen tagging up the lockers in his school.

Mounting evidence aside, as of the last episode there are now a total not one nor two, but THREE POSSIBLE SUSPECTS excluding Naz, who either have motives or were witnessed the evening before the murder. My money is on the creepy funeral home guy–not because he seems most likely to have committed the crime, but because his admission on women like Andrea was downright horrifying.

With only one more episode to go, I can’t possibly wrap my head around how all the loose ends will be tied up. Fortunately, the final episode is reported to be lengthier than the others, which I certainly expect given all the gaping holes that need to be filled. How did Naz end up in the kitchen? Why did the detective take away the inhaler? Where did Duane Reade go? What’s up with Andrea’s cat?

My biggest question, however, is: WHY DID CHANDRA KISS NAZ?

Counting down the hours unitl the wee hours of Sunday to find out what happened on…the night of.