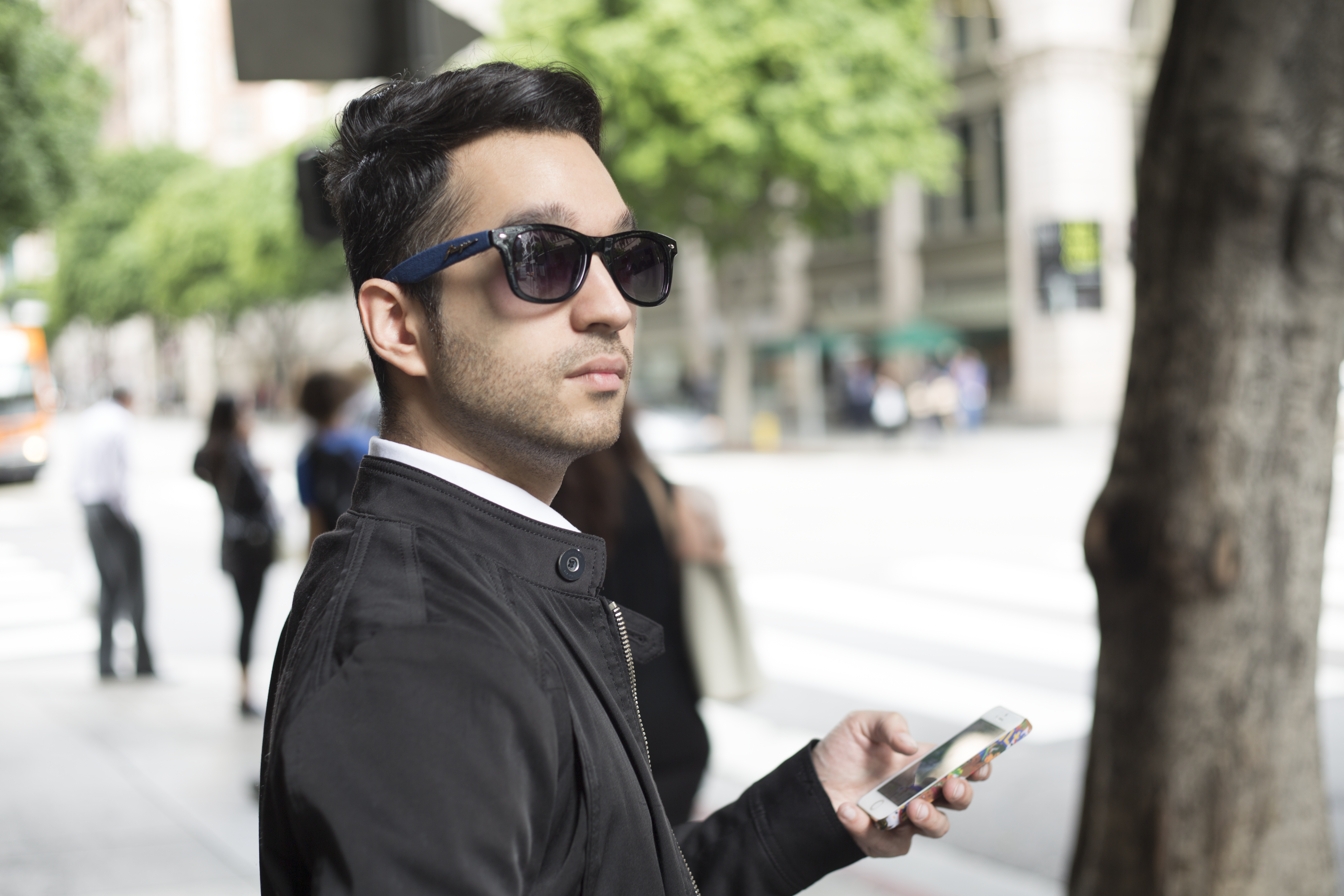 Meet Kumar Arora — the entrepreneur-turned-investor — who made his television debut as one of the four investors on the new CNBC reality series, “Cleveland Hustles,” an unscripted television series started by a basketball superstar LeBron James.

See the profile video below:

1. Tell us a little about yourself and your background.

“I was born and raised in Cleveland, Ohio, and always had the curiosity to build things. Growing in an Indian household, I was always encouraged to focus on my studies and never to deviate. I think I may have spent more time deviating because it got me to where I am today. I’m a mix between your friendly-neighborhood entrepreneur meets investor. I’ve got a variety of exciting businesses ranging from nanoscience all the way to fashion.

Currently, I’m leading the way with one of my ventures, Rogue Eyewear, working to reinvigorate the eyewear market. I believe in constantly pushing the boundaries with my work and doing things a little differently — something that has become a strong part of who I am.”

2. How did you get your start?

“I started off as pre-med at Ohio State University but knew that wasn’t my calling. I got deep into the desi party scene and helped bring tons of acts on campus. Jay Sean, Russell Peters, RDB have all been regulars to Columbus during my time and efforts there. That might have been one of my earliest memories to the basics of business learning event management, marketing, and branding.

During my senior year, I came together with a few classmates to create Buckeye Mela — which has now become one of the biggest collegiate dance competitions going into its tenth year. To this day, I still attend, volunteer, and sponsor to help keep it going.”

3. How did you end up being cast as one of the investors on CNBC? What’s it like working with LeBron?

“This might sound a little crazy — but I’d almost like to think it might have been fate. It’s not every day people want to hear your story let alone film your process for nearly a year. I was fortunate enough to have one of my ventures design some product for LeBron’s camp for the 2012 Olympics, and something tells me that may have weighed in during the casting process.

I got a call in August 2015 about a television project that was in the works and knew it was something I had to be a part of. And the rest was history — in between casting sessions, I was doing everything to help facilitate and provide information about my hometown. Whether I was a part of it or not, showcasing the struggle and story of Cleveland was important to me.

As far as working with SpringHill Entertainment (Lebron’s entertainment company) — it has been nothing short of a blessing. Their grind, focus, and overarching strategy is something I admire and strive for every day. I was the last kid picked in school, so it’s just an amazing feeling to be picked by the greatest basketball player in the world for my talents.”

4. Anything we can expect from the show from you?

“What’s so great is how diverse our cast of characters has been. And not just with the contestants, but even with the investors — from a restauranteur to a private wealth advisor. I’m just lucky to be amongst a great cast and proud to say I’m the first Indian-American to have a role as an investor on television as well as the youngest Investor on CNBC. That’s a pretty cool feeling.

Overall, I’m the kind of investor that’s always looking for ‘the next big trend’ but in my time seeing all the contestants, I realized that there are a lot of great ideas that aren’t necessarily trying to be unicorns. It’s okay to create something that has a solid foundation that isn’t trying to be too experimental, which you will have to see in the upcoming episodes.”

“We’ve seen the recent trend: from seeing more Indian-American’s cross over into television and media to pushing boundaries in the corporate world. Luckily for me, I’m in the crosshairs for both. Gone are the days we are filling the stereotypical roles of being engineers and doctors. I’d love to continue the path of entertainment but will always have my hands in my businesses.

The show has struck a chord with me—it’s not really just about being a ‘shark’ and acquiring a company — we’re here changing people’s lives and uplifting the community. I’d love to do more of that. Perhaps we can continue the movement with season two.”

Stay in touch with Kumar and his entrepreneurial ventures including the launch of his latest business — Trust Foods — on Instagram.