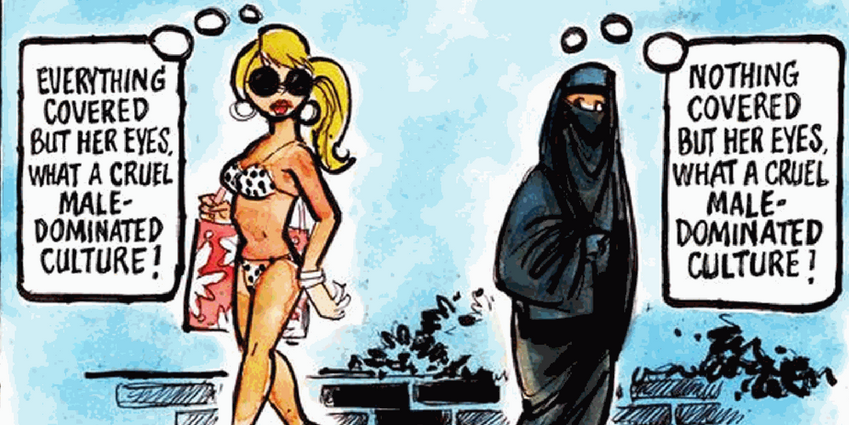 Emmeline Pankhurst is rolling in her grave. Ninety years after the British political activist’s death, modern feminism has become a vastly more divided front than in the halcyon days of the Suffragette Movement. There have been many advances such as winning the right to vote and even educational rights for women. Yet, in the 21st century where self-worth is measured on a scale of likes and comments, the feminist pledge of sisters encouraging each other often does not mirror authenticity.

Of course, this is a comprehensive overview, and in an all-consuming digital world, there are many positive examples of women building their gender up instead of tearing it down. Popular YouTuber Lilly Singh’s most recent venture called “Girl Love” and Facebook’s Chief Operating Officer Sheryl Sandberg’s nonprofit organization Lean In are exemplary models of strong women lifting each other up. However, in practice, these ideals don’t always live up to the merit of their morally correct ideas.

Contemporary women do not always encourage female harmony in a world that is evidently headed towards gender equality. More often than not, we are at the receiving and/or giving end of unwarranted criticism, uncalled for judgments and unjustified cattiness.

Past psychological observations, and Tina Fey’s hit film “Mean Girls,” have explained that female bullying takes the form of relational or abusive aggression. Back-stabbing, gossiping and excessive usage of the snake emoji–as frequently seen in Twitter battles between Kim Kardashian and Taylor Swift–are proof of hostility between women everywhere.

This nasty display of proposed “competition” is often the result of,  a successful career, the desire to look and feel a certain way, and or intimate relationships. Sometimes women are judged simply for being themselves by other females with whom they have never even exchanged two words.

Women may no longer rely on their male counterparts to act as their ATM machine, but this has only hiked the ratio of female rivalry. Many female bosses are said to be harder on women subordinates, disinclined to lend a helping hand or any favors, for fear of losing their prestigious position. According to studies, the ever popular terms such as “Ice Queen,” “Drama Queen” and “Queen Bee,” were born in either a professional or an academic environment, as a result of women being held to different corporate and intellectual standards.

Beautiful and attractive women generally become the focus of envy and spiteful remarks. Lashing out at other females for looking fit and eye-catching is often the result of our own insecurities and fear for not putting enough effort into our daily workout regime or splattering adequate amounts of yogurt onto our faces for healthier looking skin. The intense pressure to look a certain way creates dents in a woman’s self-esteem leading to inevitably and wrongly seeking refuge in looks that could kill, as well as a myriad of “bitching” sessions.

Men are often interlinked to the above. If another woman – tall, petite, smart with beautiful hair and an intelligent brain waltz her way into our lives, which could perhaps create a struggle for the male gaze, then the green monster commonly known as jealousy stirs up and awakens feelings of hatred instead of awe, inspiration or healthy competition. The insecurity to a woman’s success is ultimately how fellow females feel about themselves. Her badass attitude is a result of hard work, which they are unable to see, as tearing her down is much easier than questioning their own issues.

Strong, independent women also face the wrath of many females who are attached or choose to be stay-at-home mothers. Often, these women think women who are not committed to a man, with their self-determining, career-oriented attitude, are obviously a misfit and the epitome of selfishness. On the other hand, it is also thought that women who choose to balance a career and family life together are obviously not invested into their spouses and kids as much as they claim to be, because if they did, why wouldn’t they just tinker around the kitchen instead of becoming successful, powerful individuals contributing to a better lifestyle?

Girl-on-girl bullying also distracts us from genuine tribulations, such as sadism, emotional abuse or physical violence thrown in a woman’s direction by society – issues that really require the utmost united front. Anxiety will always prevail between both genders with or without beauty, victories or attraction playing any role in it. However, even with all its endless flaws and matters of concern, the world would be a much more pleasant place if people were just kinder to each other.