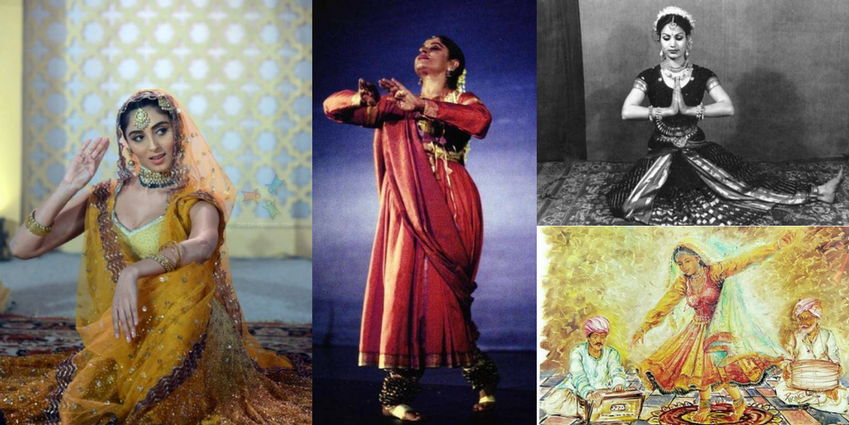 Of the 10 major forms of Indian classical dance,  bharatnatyam, kathak and kuchipudi, forms endure as the most popular in terms of mainstream visibility. Each of these forms is rooted in centuries’ old Hindu tradition, with kathak and kuchipudi traceable to the ancient Hindu text of Natya Shastra, a treatise on dramatic arts. Despite the well-established Hindu origins of these dance forms, Muslims have long been heavily involved in the Hindu dancing arts—especially in kathak and kuchipudi. 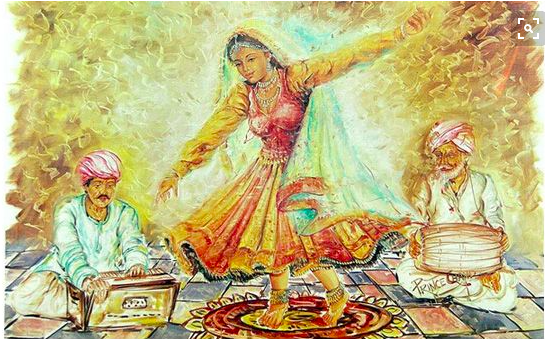 [Illustration of a kathak performance/Pinterest]

For generations, Muslims have graced famed stages to tell spirited and ancient stories for the pleasure of attentive gods that exist outside of their scope of religious observance. One of the earliest widely recognized Muslim classical dancers was a kathak performer: a Lahori woman named Tara Chaudhri. She received her kathak training under Pandit Pyare Lal of the Punjab Gharana and later continued her training under Ustad Aashiq Hussain Khan.

[Read Related: Beauty of Dance: The Freedom of Expression]

In 1943, Chaudhri traveled to South India to complete her training and eventually opened a bharatnatyam school upon her return to Lahore.

Chaudhri, who passed away in September 2013 in Karachi, Pakistan, was a celebrated and highly venerated performer. Although her name has largely gone unnoticed, she was highly praised by other renowned kathak performers for her skill, beauty and grace. In one 1949 article published by The Straits Times titled, “Pavlova of Punjab”—likening Chaudhri to Russian ballerina Anna Pavlova—she was praised for her mastery of multiple dance forms and was proclaimed to be “in a class by herself.” 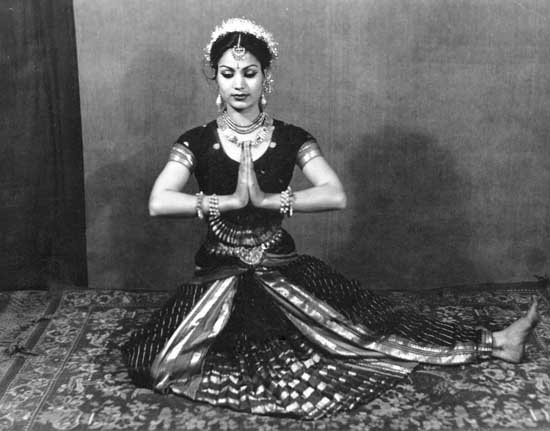 Chaudhri was not the first, and certainly not the last notable Muslim to participate in Hindu dance forms. Today, Pakistani-born Pernia Qureshi—a successful fashion designer and talented kuchipudi performer—is famed for her achievements in these classical performing arts. She was formally trained in both kuchipudi and kathak styles under gurus Raja Reddy and Kumudini Lakhia.

Reddy and his wife received both the Padma Shri and the Padma Bhushan awards from the Government of India for their services to the field of the arts; Lakhia is credited with innovating the kathak form by transitioning from solo spectacles to group coordination. The expertise and skill of these gurus have certainly translated in Pernia’s training and consequent successful dance career.

Her most recent high-profile show in February 2016, “Chandni Raatein,” garnered a wealth of critical praise and was attended by many of her Bollywood friends at the Mumbai performance. Her dancing has also been powerfully exhibited in Muzaffar Ali’s 2015 film “Jaanisaar,” in which she plays the role of the elegant and sophisticated courtesan Noor. 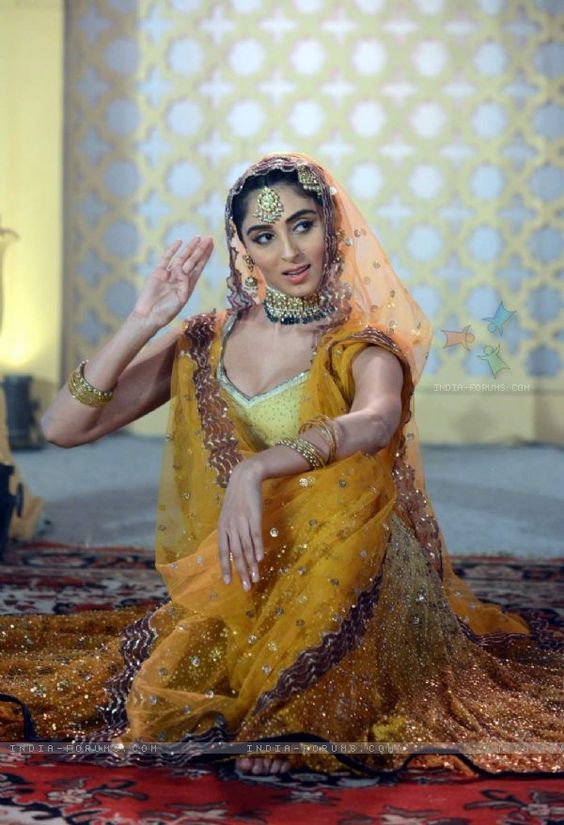 [Pernia Qureshi performing at a promotional event for her debut film, “Jaanisaar”/Pinterest]

Qureshi is joined by many other talented Muslims in the practice of Hindu arts today, including Guru Syed Sallauddin Pasha from Karnataka and KM Abu from Kerala. The former is a famed bharatnatyam and kathak performer while the latter holds a PhD in Mohinyattam—a sensual dance form that derives from Kerala. In Pakistan, Nahid Siddiqui Nahid performs at perpetually sold out shows in Islamabad, recognized as one of the most spellbinding kathak performers in the country. Muslim representation in these varied forms, however, goes beyond the terrain of famous and publicly visible dancers. Many South Asian Muslims continue to receive classical training for recreational enjoyment, despite the widely held belief that these forms solely constitute Hindu participants. 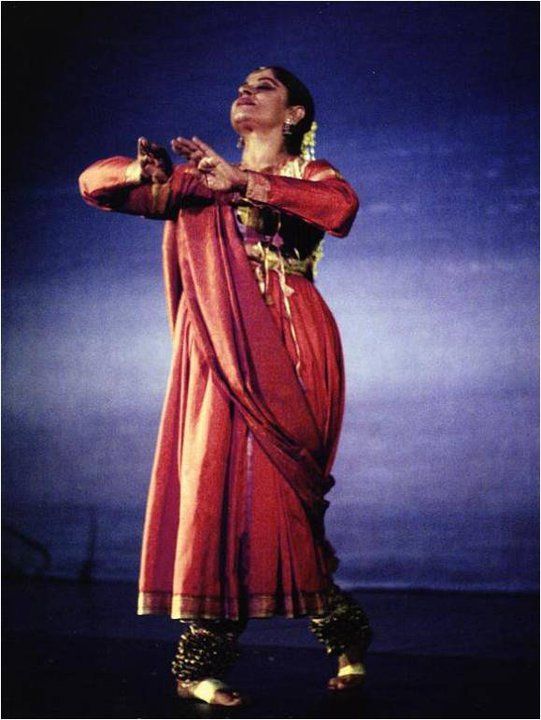 Of all the dance forms discussed, it is noteworthy that kathak, specifically, is recognized as the unifying link between Muslims and Hindus in South Asia. Despite the form’s Natya Shastra origins, over centuries of practice, kathak, as it has existed in recent history and continues to exist today, is a form that draws heavily from Islamic influences, with many kathak performances even incorporating the recitation of Sufi poetry. It thus bridges the two communities and serves as an art that harmonizes their separate worlds.

As a result, kathak has earned the reputation of, paradoxically, being a form that is both flexible in its ability to absorb the influences around it, while remaining rigid in its preservation of the elegance and veracity of the first North Indian kathakars.

While there are a number of Muslim classical dance forms, including but not limited to oppana, mappila pattu and kolkali, most of these forms have South Indian origins tying them to either Karnataka or Kerala. Accordingly, it was likely that as these forms emerged they flourished in the South among communities of Muslims therein, the vast Muslim populations of North India were nonetheless drawn to the practice of the Hindu dance forms prevalent in the North—especially kathak—rather than the southern forms that were largely inaccessible for them in terms of consumption and training.

Muslim footprints are bountiful in the history of Hindu classical dance. This is a testament to the unique ability of the arts to facilitate cultural interconnectedness between seemingly separate communities, even in hotbeds of political strife. The names highlighted above do not even begin to illuminate the breadth of Muslim dancers’ contributions to various classical traditions, but they do, however, exemplify the transcendence of religion in circles of creative expression.