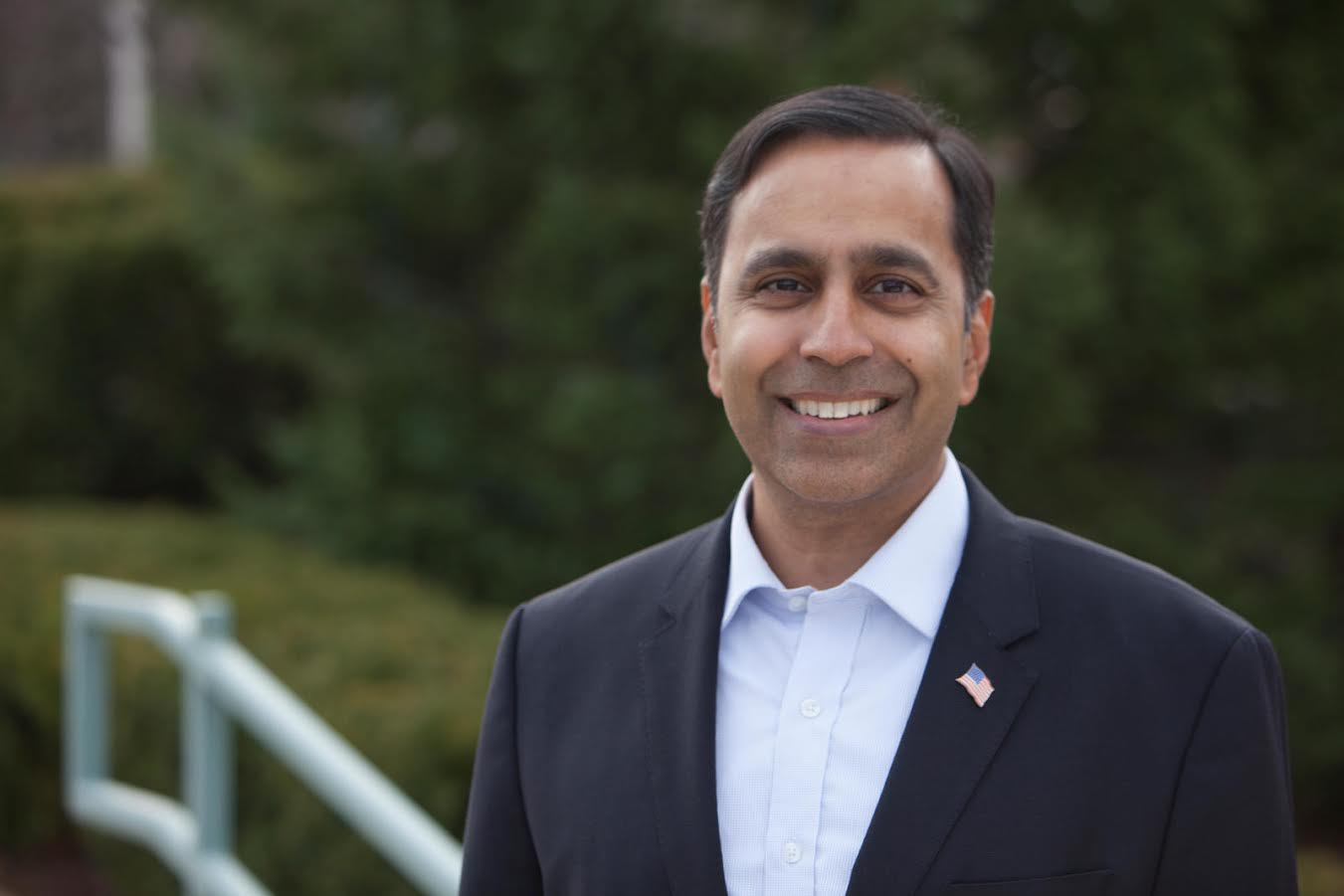 Believe it or not, this year’s elections aren’t completely filled with woes. Thanks to Democratic Candidate Raja Krishnamoorthi, there is a beacon of hope.

In fact, this light forms the silhouette of a man who firmly believes in supporting veterans, protecting choice, and passing common sense gun control laws. A man who has devoted his life to serving the community and defending the vulnerable who continues to strive for this mission, despite the hurdles.

Raja was born in India and moved to the U.S. at a young age with hopes of pursuing the American dream. Raja’s parents, a mechanical engineering professor, and clerk, motivated Raja and his brother to do well in school.

“My parents are my heroes. They came to this country with very little in their pockets, I credit everything I have to them,” he said.

Raja was raised in Peoria, Illinois, which he fondly recalls as a “warm, welcoming place for people like [him]self who are immigrants.”

Growing up, Raja said he was exposed to what he describes as “sturdy, midwestern values: valuing diversity and approaching life’s quandaries with a positive, warm-hearted outlook.”

In Peoria, Raja attended public schools and devoted himself to studies, then worked to win scholarships and receive loans. In high school and early college, Raja remembers feeling ambiguous about his identity.

“What I learned over time is that you need to be proud of your heritage and roots. If you do that while also celebrating American traditions, others will respect you.”

Raja’s story of success truly echoes his motto that we should all be proud of ourselves and comfortable in our own skin.

When questioned about his decision to pursue engineering when he was interested in professions in law, Raja replied,

“Engineering forces you to engage in rigorous analysis and follow a code of logic, and looking back I’m glad I did engineering because it gave me an excellent grounding and a way of thinking about problems.”

Raja’s professional past is laced with jobs that require leadership abilities and outstanding character. He was a clerk for a federal judge in Chicago, then served as issues director for Barack Obama’s 2004 campaign for the U.S. Senate. Having proven his skills, Raja was appointed by Illinois Attorney General Lisa Madigan to serve as a Special Assistant Attorney General in her newly formed Public Integrity Unit to eradicate corruption. In the past, Raja  also served as a member of the Illinois Housing Development Authority, where he chaired the Audit Committee. He also successfully served as Illinois Deputy Treasurer for two years.

Today, Raja is the president of Sivananthan Labs and Episolar, Inc., two businesses located in the suburbs of Chicago that are devoted to developing and selling products in industries such as national security and renewable energy. Raja also prides himself in his position as a co-founder of InSPIRE, a nonprofit organization that tirelessly works to provide training in solar technology to inner-city students and veterans.

As a husband to wife Dr. Priya, father to two sons and one daughter (who was born just this past May), and a member of a household that he joyously refers to as a “three-ring circus,” Raja has a vision. 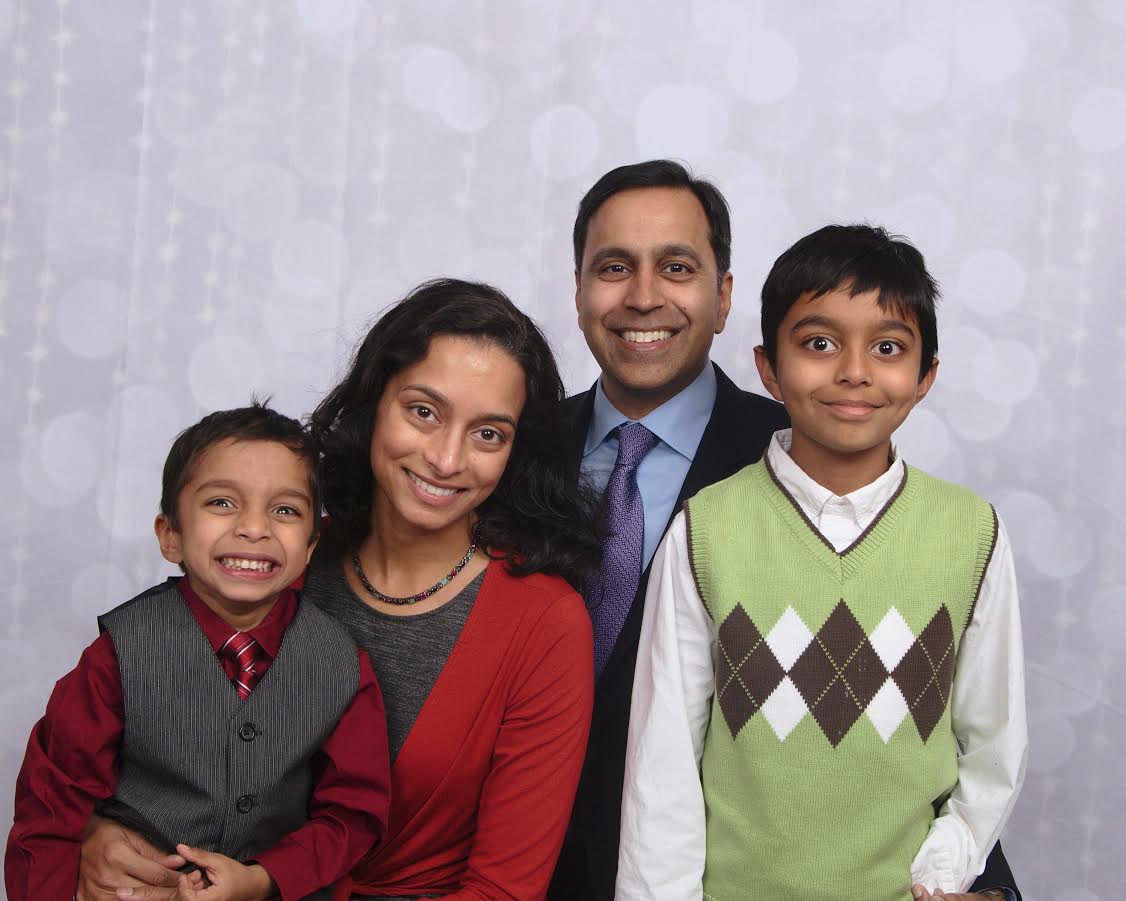 To him, it is of utmost important that women are granted the same rights as men in this country. He truly wants kids to know that they can be whoever they want to be in the greatest country on the face of the earth. Raja teaches his children and hopes to inspire others to realize that if something is in the way, you have to fight it. If others are being discriminated against, you have to fight for their rights.

When questioned about his emotions when he first heard of his election as the Democratic nominee for Illinois‘ 8th U.S. Congressional District, I can almost hear him smile. He humbly responds, “it feels great.”

Raja admires the open-mindedness of the people of Illinois. When questioned about the possibility of racism or injustice while campaigning, he admits that he has not felt it overtly, even though many people may not be comfortable. However, he is confident in the forward-looking population: “These are the same people who elected a man named Barack Hussein Obama!” he adds jokingly.

However, talk of Raja’s South Asian identity is inevitable. If Raja succeeds, he hopes that others will see by his example that they can do anything in life regardless of where they come from, their name, origin, or ethnicity. He hopes that he has stricken the match for the burning fire that will become a south Asian generation devoted to following their dreams. Raja also adds that his culture has contributed greatly to his career; his immigrant upbringing exposed him to the reality of the American dream that, with tremendous hard work and community, anything is possible.

Raja is motivated time and time again by his mission to do everything he can to help others enjoy the same story he enjoyed living the American dream, and by his unfettered desire to ensure that everyone has the same opportunity he did and that they recognize their god-given potential, regardless of their circumstance.

When asked about plans for a presidential nomination in the future, Raja lets out a hearty chuckle, then explains,

“I’m just trying to get to Congress. It’s a huge deal for everyone if I can pull it off.”

Raja, you’ve gotten this far and we couldn’t be happier.