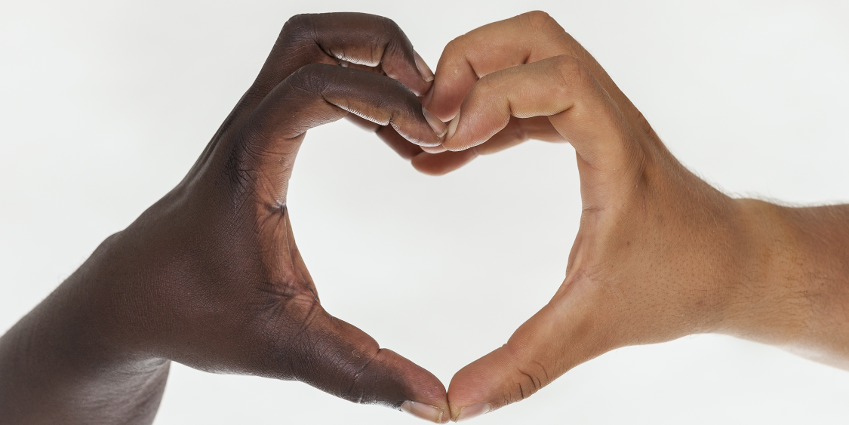 In many South Asian communities, light skin is still considered preferable to darker skin. This practice positions whiteness at the center, creating a false dichotomy between dark and light, which functions to entangle the concept of beauty as synonymous with white or light. Indeed, the continuing success of Fair and Lovely, as well as other such skin lightening creams is a testament to the pervasiveness of those ideals.

For South Asians, this hierarchy of skin color translates into the context in which one lives, and others, regardless of race, are understood through a similar prism. This racialized preference seeps into the anti-blackness inherent in many South Asian communities, both diasporic and otherwise.

We need to take responsibility for appropriating black culture and acknowledge any influences from black culture that we bring into our own works, lives or vernacular. For example, there are multiple examples on social media of South Asians using the n-word or AAVE expressions (on fleek, bae etc). There need to be evaluations of why we feel the need to borrow from black culture while also engaging in anti-black rhetoric.

Another problematic element of South Asians engaging with black culture is not acknowledging inspiration or influence from black creators. This includes everything from the likes of Beyoncé, Nicki Minaj, Kanye West to bell hooks, Maya Angelou and Zora Neale Hurston. With the more pop culture elements of black culture, it’s easy to see why inspiration would take hold, it’s excellent media produced on a massive scale intended to garner as many fans as possible. That doesn’t mean we understand what it is to exist while black and it certainly doesn’t mean that we should stop from the bounds of appreciation into appropriation.

The work of black essayists, academics and writers is an element of black culture that often describes, understands and creates a space for discussing complex and highly charged issues of racial tension and experiences. It is unacceptable to take works written from a single perspective about a very specific experience (being black), remove it from its context and paste it onto the face of another struggle entirely.

The argument from people who use these terms, if called out on it, is usually that as South Asians, we exist against the same racial tensions that black people do—namely that of white supremacy. The fact is, we don’t. South Asians do not know what it is like to be black because simply put, we are not black. (Of course, this doesn’t count for people who ARE black and South Asian.) It’s a very fine line between appreciation and appropriation, but we have to remember our own position in this as consumers of media and not remove the contextual details of pieces of media.

It’s understandable to think of a kind of solidarity among all people of color, in sharing stories and struggling together as a community. To do so without caveats, however, would be to ignore the horrifying and relentless manner in which anti-black rhetoric flourishes across ALL non-black communities. For South Asians who are not black, we do not, and cannot, comprehend what it feels like to live in systemic, aggressive racism where institutional powers gun down black people from all walks of life.

[Read Related: How Can South Asian-Americans do a Better Job of Combating Racism in America?]

Racism functions hierarchically, with skin color existing in a spectrum of preferable shades, and so too does race in general. The model minority myth the growing affluence of Asians in general and that is a context relevant to how we view black culture and black people.

We need to continue the discussion of accountability in South Asian communities; many of us have grown up in environments hostile to black people yet open to black culture. Solidarity is not worth the space it takes up unless it involves erasing our own prejudices against fellow people of color. Respect and community may well be better terms to ensure that difference is not erased, we do not talk over black people, and we do not elevate our own voices over those of black people when it comes to issues that directly, if not exclusively, affect black people.

Work needs to come from inside South Asian communities to confront our own position and question our self-awareness. A vital part of that has to be to listen in an effort to confront a growing problem in our communities.