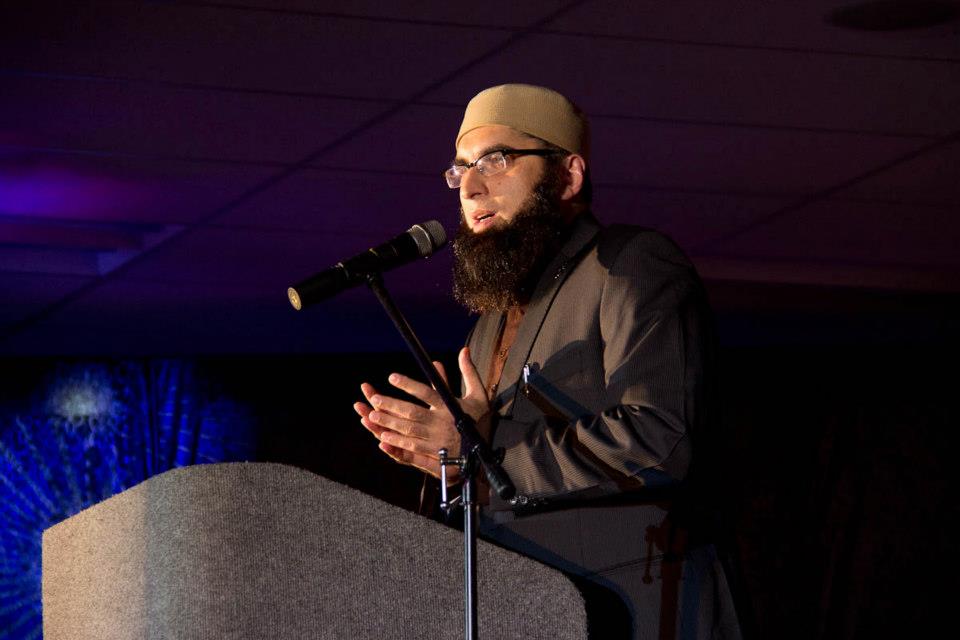 While remaining in the limelight, Junaid Jamshed wore many hats throughout his life: a Pakistan air force engineer, pop star, fashion designer, and most recently, nasheed artist and Muslim faith leader. Jamshed was on board Pakistan International Airlines domestic flight PK-661 carrying approximately 47 passengers which crashed en route from Chitral to Islamabad on December 7. Official statements and witness accounts have reported survivors to be unlikely as recovery and rescue efforts continue.

As an influential and often controversial figure who had drastically reinvented himself many times, news of Jamshed’s passing has had a profound impact on diverse groups of Pakistanis and Muslims worldwide.

Jamshed was once known as the renowned lead singer of the Pakistani iconic pop band Vital Signs, which gave Pakistan what has been dubbed its unofficial anthem, “Dil Dil Pakistan.” Jamshed, along with his band partners, are still considered pioneers of the pop and rock genres in Pakistan—and their music continues to influence artists in these genres today. Vital Signs’ albums were hailed as not only commercially successful but also critically-acclaimed, catapulting them to international fame and leading them to become the first Pakistani band to tour America.

[Read More: “What the Pakistani Community Needs to Know About Honor Killings“]

Jamshed later went on to release a series of successful solo albums further soaring to fame both nationally and internationally. His music spoke to the aspiring youth of Pakistan in the 1990s. For that generation particularly, his loss during a year which has been wrought with political and divisive tensions and the loss of the likes of humanitarian Abdul Sattar Edhi and famed Qawwali singer Amjad Sabri, hits particularly hard.

Gutted by reports of JJ’s untimely demise. His voice expressed the emotions of a whole generation in the 1990s. RIP.

The voice of my youth, the voice of my generation….#JunaidJamshed you will be sorely missed. Prayers for all the departed on #pk661

In 2004, Jamshed, driven by religious beliefs and motivations, chose to renounce his musical career and celebrity lifestyle, instead devoting his life towards faith-based causes. He frequently appeared on television or public events as a broadcaster and preacher while also performing and releasing nasheeds/naats.

For many Muslims worldwide, Jamshed’s decision—in the face of attractive opportunities to advance his music and acting career—was admirable and inspiring. He remained an example to many in the Muslim world that it was “never too late” to realign your life with the teachings of your faith. However, his transformation was not void of public controversy. In his newfound role as a religious leader, Jamshed faced heavy criticism from groups regarding his comments about the role of women in Islam and accusations of blasphemy, collectively materializing in a #BanJunaidJamshed social media campaign in 2015.

Despite the controversies that surrounded him, the former artist remained an influential, admired, and respected religious leader for not only Pakistanis but the Muslim community worldwide, while often making appearances at international events as well.

[Read More: “‘To Nani, With Love’ What I Learned From my Grandmother’s Death“]

Jamshed’s various incarnations also helped to form a bridge between polarized groups as a common role model to all, albeit for different reasons. Regardless of which loss we feel more at the news of his passing—that of a musician, religious leader, role model or alleged misogynist—it cannot be denied that Jamshed was an impactful figure among Pakistanis and the Muslim world. Today, when we find ourselves in desperate need of leaders, and of people who awaken our consciousness and inspire us to mobilize, we mourn the loss of yet one more such figure.

My childhood gone in seconds with #Pk661 crash.He was my inspiration.My idol. A person who I used to follow completely RIP #JunaidJamshed

We have lost our Dil Dil Pakistan #JunaidJamshed