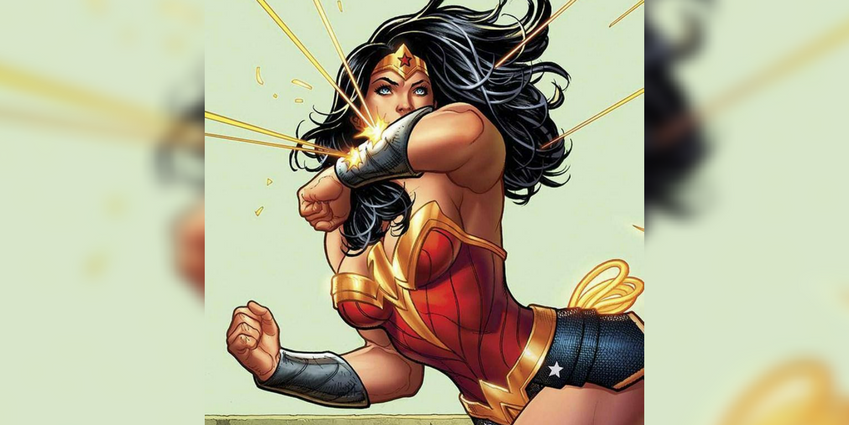 While tens of thousands continue to die in Aleppo and with the situation having reached catastrophic proportions, the “concerned United Nations staff” circulated a petition that garnered almost 45, 000 signatures to have a fictional character fired from her fictional post.

I highlight this because THIS should be the most important story out of the United Nations right now. As a global, intergovernmental organization, formed to maintain international peace and security with respect to human rights it has a duty to do something about Aleppo and it has failed. The General Assembly is limited in its power to take action if the “Big five” of the Security Council (U.K., U.S., France, China and Russia) fail to act due to a veto by one of the members, but it can literally “unite for peace” (there is a resolution!) when there is a threat  or act of aggression. So why is it still wringing its proverbial hands?

So we can all focus on this Wonder Woman nonsense…because, you know, First World Problems!

Criticism of the UN for the choice to fire Wonder Woman was pretty swift and heartfelt. Many fans of the beloved comic book character were sad, angry and confused. Wonder Woman is a feminist icon, she is a warrior and she is a woman. Many look up to her. Yes, she really is a badass fictional super-heroine in a sea of overblown fictional superheroes.

The UN staffers who protested her appointment as an Honorary Ambassador for the empowerment of women and girls did so because:

She is sexualized and this helped with her initial popularity. She was developed by men for the male gaze, and in fact, her look was indeed inspired by the “pin-up girls.” The fact that women fell in love with her was an amazing bonus that DC Comics ran with and made more money. There is a Wonder Woman movie coming out, and this “appointment” appeared to be a promotional stunt – how embarrassing.

My mom, growing up as an immigrant in Vancouver in the ’70s loved Linda Carter’s Wonder Woman. She loved the costume, the action, and her power. I love her too. While there is nothing wrong with being sexy and powerful, we can be both, we cannot deny that even in her most recent form in the lame Superman movie, her outfit, with those ridiculous heels (!), was sexualized. Just compare her costume to her male counterparts. While theirs are built for utility and, I’ll admit to showcase their impressive physiques, hers is just for show.

They’re also not wrong about the cultural sensitivities with respect to global diversity. The UN is an international organization made up of an international group of people, and not everyone is down with her outfit. Even more so, while Wonder Woman is a feminist icon, her reach and popularity have been North American focused so far. Perhaps, with her new global role she was hoping to extend her acceptance (theatre audience, perhaps?), while simultaneously making bank for DC Comics (seriously, though, kudos to them for this ingenious marketing move).

Their final point is the strongest. Really? Were there no real life women they could have chosen to lead this important initiative? Women and girls empowerment is one of the most important global issues right now and they gave the honorary ambassadorship to a fictional character? It boggles the mind.

Forget about the firing, they should not have hired her in the first place!

Why was a comic book heroine, created for the consumption and profit of the American male, chosen for a global role in the first place?!

The U.S. recently elected the unrepentant misogynist Donald Trump in all his “grab em by the p***y” glory, as their new president. So having an America-based superheroine leading the charge for women and girls rights and empowerment was always going to be problematic, the global side-eye would have been too much to bear.

Once again I want to remind you all that tens of thousands are dying in Aleppo. This is what the focus should be for the UN as an international/intergovernmental organization, and taking action is what the staff should be petitioning for, this is what we should be focusing on…but no, let’s all get it twisted with this nonsense.

The UN “fired” Wonder Woman from her fictional post as their Honorary Ambassador….who gives a flying eff?!