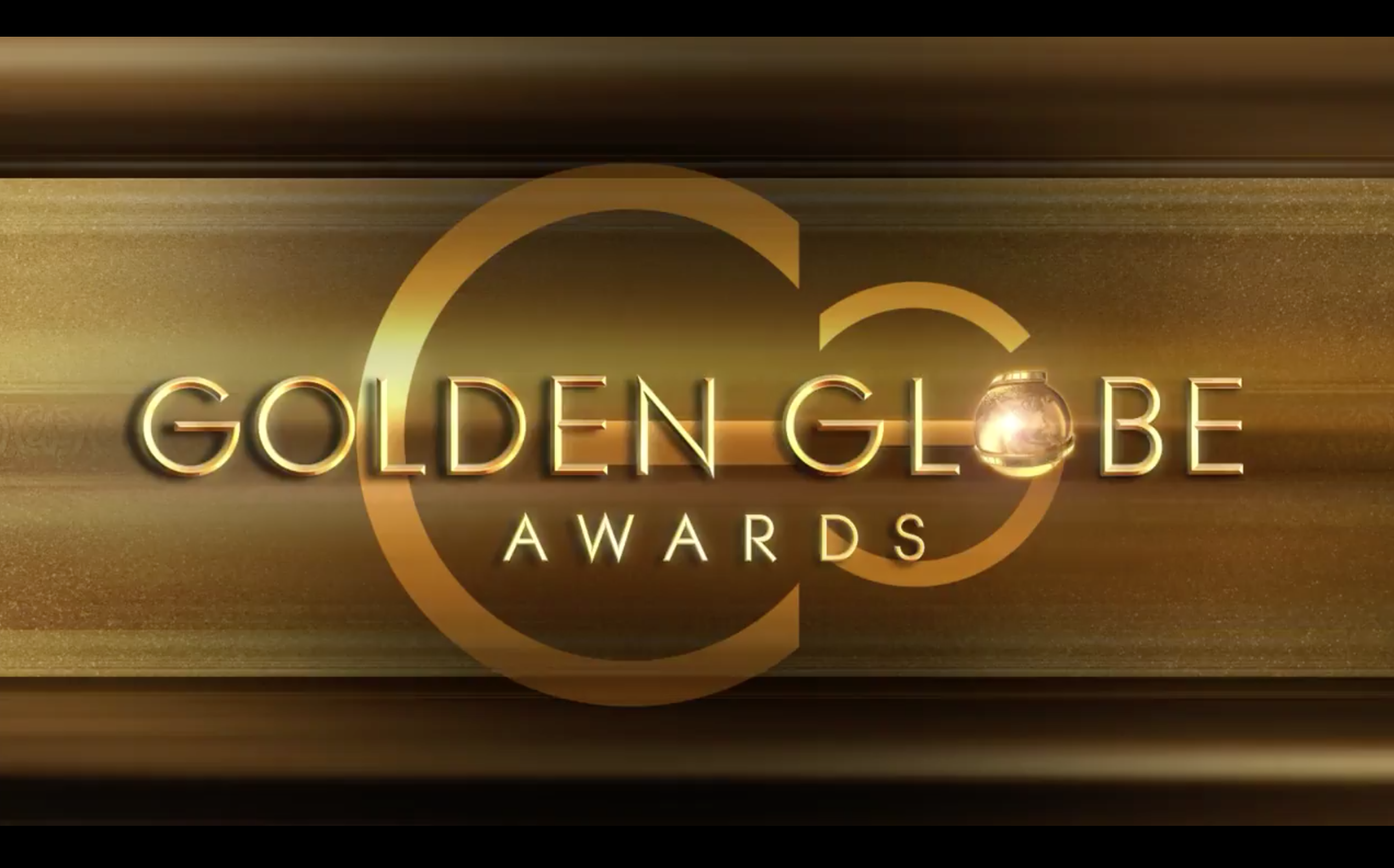 The 74th Annual Golden Globes aired on January 8, 2017 on NBC and proved, once again, how television is just better than movies when it comes to honoring diversity. *cough* #OscarsSoWhite *cough*. For the most part, at least.

At the ceremony, hosted by Jimmy Fallon, there were some surprising and some obvious wins. There were sobering speeches and light-hearted moments. There were scene-stealers and there were goof-ups. What resonated the most from the event was the representation of diversity for which the Golden Globes would get a solid B+. Although, I almost want to give it a full on A just for Priyanka Chopra’s stunner of a gown.

The bad guys do have all the fun. Representing #Baywatch at the #GoldenGlobes!?

Some of our favorite Asian-American actors owned it as they stepped out to show the world what we’re all about: breaking the pattern under which we are, woefully, usually buried

Let’s start with the obvious.

Chopra clearly rocked her gold Ralph Lauren couture dress as she went on-stage alongside “The Walking Dead” actor Jeffrey Dean Morgan to present the Best Performance by an Actor in a Television Series – Drama category.

.@priyankachopra and @JDMorgan take the stage to present the next award! #GoldenGlobes pic.twitter.com/15TueiW4gx

Their banter behind-the-scenes was extremely adorable, too.

Chopra clicked some great pictures with other actors present as she mingled with them. Really, is there anyone she doesn’t get along with?

Quoting my favourite #MerylStreep, as I call an end to this night…when you have a broken heart…make art. You are astounding! #FanGirl

Dev Patel, nominated for Best Performance in a Supporting Role for “Lion” looked hella dapper. He was responsible for the cutest moment of the show when he brought child actor and co-star Sunny Pawar on stage with him to introduce their film, which was nominated in the Best Motion Picture – Drama category. Lots of hearts collectively melted, trust me.

Dev Patel and Sunny Pawar introduce a clip from @LionMovie, which is nominated for Best Motion Picture – Drama. #GoldenGlobes pic.twitter.com/V17ztQmaAA

Riz Ahmed, nominated for Best Performance by an Actor in a Limited Series for HBO’s “The Night Of” looked as handsome as ever in his Dolce & Gabbana suit.

?Congrats to all #GoldenGlobes winners! Donate $50+ to Syrian kids at crowdrise.com/riz for a chance to win the tux I wore to the Globes. Let's do it! #10for10?

I took a shower for the #GoldenGlobes ? Make up: @ashleyjoybeck Hair: @hairbyrenecortez Styling: @saraacevedostyle Dress: @blackhalostyle Shoes: @sam_edelman Smile: there's a cupcake downstairs waiting for me.

I managed to scrape myself off the couch and away from the cats! The new year is already full of shocking surprises! #tapforzeglam

Of course, the Golden Globes were about more than just the lavish outfits and looking flawless. It matters that these talented actors, whom we love and relate to so much, were out in their world making us look good as they peel off several layers of stereotypes. Even 10 years ago, the only major reference we had for ourselves for Apu from “The Simpsons.” Slowly but steadily, this has been changing. There is still a long way to go but this is a step in the right direction.

To see our favorite Bollywood queens excitedly approach worldwide fame and gain the respect of contemporaries here is delightful to witness. Yes, we’ve seen it before to some extent with Aishwarya Rai Bachchan and Irrfan Khan, but Chopra and Padukone have truly globalized themselves. As for the Asian-American actors, they’ve built a career for themselves in an industry and in a country that does prefer to see only a certain type of person on their screens. Kudos to them for leading the way for so many more.

This applies to many of the other winners and honorees of the night, too. Tracee Ellis Ross won the Best Performance by an Actress in a Television Show – Musical or Comedy for her charming, effervescent character Rainbow Johnson on “Blackish,” a poignant, hilarious show. Her win is extremely significant because she is the first black actress to win this award since 1983. In her beautiful acceptance speech, she dedicated her award to women of color.

And Best Performance by an Actress in a Television Series – Musical or Comedy goes to @TraceeEllisRoss! #GoldenGlobes pic.twitter.com/NjJCmLjX61

Donald Glover bagged the trophy for Best Performance by an Actor in a Television Series – Musical or Comedy for his role in “Atlanta.” The show also won big at the Golden Globes by taking home the Best Television Series – Musical or Comedy award. Glover, known for his role in “Community” or by his stage name Childish Gambino, is the creator of the show. In fact, his win reminds me of the incredible success that was “Master of None,” created by Aziz Ansari, who also stars as the lead and was nominated last year for the same.

Round of applause for this year’s winner for Best Television Series – Musical or Comedy, @AtlantaFX! #GoldenGlobes pic.twitter.com/WGW5GK6GFS

And, to no one’s surprise, the highlight of the night were veteran actresses Viola Davis and Meryl Streep. The former won for her supporting role in “Fences.” She’s known for her brilliant, insightful speeches and man, did she deliver.

Best Performance by an Actress in a Supporting Role in any Motion Picture goes to @violadavis! #GoldenGlobes pic.twitter.com/0ABKjB2d5m

Davis really struck a chord as she introduced Streep who was the recipient of the Cecil B. DeMille Award. Admit it, you teared up, too.

Streep herself delivered the speech of the hour when she accepted said award. She was poised, elegant, thoughtful. Without even taking his name, she brought down President-elect Donald J. Trump as she reminded everyone of the time he imitated a disabled reported. She name-dropped several actors, including Patel. She was met with a standing ovation and rightfully so.

Her words were strong. Strong enough to warrant a response from Trump, who tweeted that she’s an overrated actress.

Meryl Streep, one of the most over-rated actresses in Hollywood, doesn’t know me but attacked last night at the Golden Globes. She is a…..

Trump may blast celebrities, but now we know how much he must love Hollywood if he was sitting around watching the Golden Globes himself. That or he has a Google alert set for himself.

However, many celebrities were vocal about the magic of Streep.

Meryl, you give me life. #GoldenGlobes

Everything she said. Thank you #MerylStreep for you work and everything you said tonight. #empathy #GoldenGlobes

There has never been anyone like Meryl Streep. I love her. #GoldenGlobes

On the movie front, “Moonlight” won Best Motion Picture – Drama, making everything right in the world again. “Lion,” a film about a young Indian man using Google maps to find his family in a small village after he was lost and adopted by Australian parents as kid was also nominated. In fact, it’s a damn shame that Mahershala Ali didn’t get the nod for his fantastic performance in “Moonlight.” Or Patel, who was nominated in the same category. Aaron Taylor-Johnson was the surprise winner for his work in “Nocturnal Animals.” His nomination alone at the Golden Globes was a surprise, and his win was a huge upset.

Diego Luna, responsible for stealing several hearts with his solid performance in the recently released “Star Wars: Rogue One,” appeared with his co-star Felicity Jones to present an award. Once again, he made us collectively “aww” when he spoke in Spanish on-stage. He has been gaining praise for using his thick accent in the movie instead of changing it to appease masses.

However, I did say I’d give the ceremony a B+ despite these wonderful things that happened. One of them is, like I mentioned, Ali and Dev’s loss considering they were both deserving. As wonderful as Hugh Laurie is as an actor, Sterling K. Brown has been a solid performer this year in “People vs. OJ Simpson,” for which he was nominated, and he’s killing it on his other television show, “This is Us,” too.

The biggest talk of the town, though? The non-existent, very famous movie “Hidden Fences!” NBC host Jenna Bush Hager and actor Michael Keaton are to thank for this. While interviewing Pharrell Williams about “Hidden Figures,” Hager ended up calling it Hidden Fences instead.

Keaton did the same thing as he announced the nominees for the Golden Globes category Best Actress in a Supporting Role. Octavia Spencer, nominated in the category, couldn’t help but smile through it. Ah, live television.

Why the confusion by white people, you ask? “Hidden Figures,” a terrific movie starring Taraji P. Henson, Janelle Monae, and Spencer star as the groundbreaking African-American mathematicians who calculated the landing trajectories for Apollo 11 for NASA. “Fences,” on the other hand, stars Davis and Denzel Washington and is an intense and dramatic family drama. They talk of very different and meaningful experiences. At this point, the disregard and mix-up isn’t even surprising. How sad is that? Excuse me as I go watch “Manchester by the La La Land.”

You know who stars in #HiddenFences… Garcelle Ashanti Brandy Sanaa Bring It On Union ?

The #HiddenFences incident is more than an innocent mistake. It’s a lack of research or care for black cinema.

“If movies starring black people confuse you, then this is the film you’ve got to see!”” Hidden Fences (2017) #LSSC pic.twitter.com/ZX8xzNxxBC

Williams, Spencer, Monae were kind enough and responded to Hager’s apology the following day via Twitter, and were very forgiving about the incident.

That’s the irony with the word ‘diversity.’ It emphasizes the notable differences in all of us but it’s also what unites us. We want to be included so our uniqueness can stand out. We want to observe all of this in the media that we consume so heavily. To be represented in a good light makes us feel understood, even at the smallest scale.

That’s why it’s a thing of absolute freaking pride that the aforementioned actors are now considered icons of talent and fashion. Thank you for recognizing it, as best you could, HFPA and the Golden Globes. Let’s hope for less mishaps the next time. Also, maybe, make sure people name the right movies at the right time.