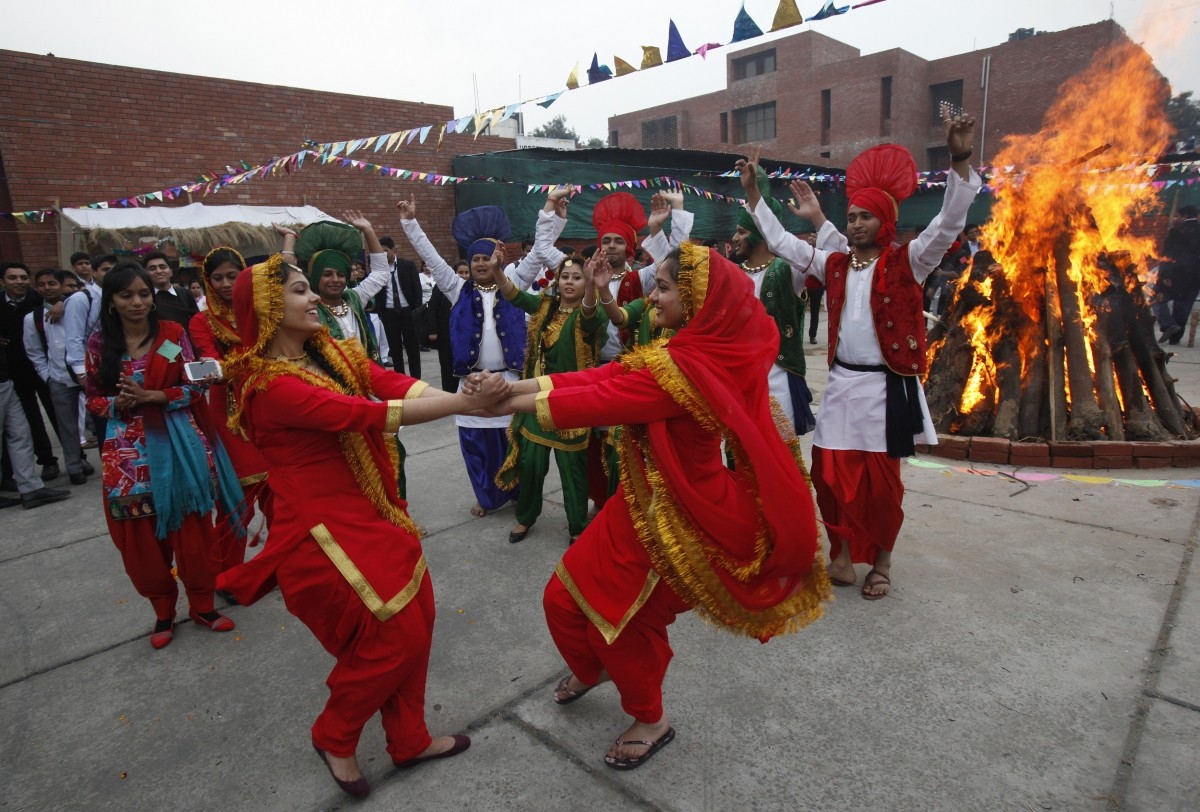 Two years ago, around this time, I was dancing around a bonfire with my family and friends…inside a banquet hall! It’s not as crazy as it sounds. We were celebrating the Punjabi festival of Lohri on freezing cold night in January, in Canada, so a fire indoors was the way to go. It was also extra special because it was the first Lohri after my niece and nephew were born. It was their Lohri.

Lohri is the celebration of the harvest season and winter solstice all rolled together. My guess is that due to the diverging calendar systems, it now falls in January instead of December. While it originated in the Punjab region, it is now celebrated in pretty much every corner of the world because of the widespread Punjabi diaspora.

In the days of old, when traveling even a few villages away was deemed too far away and too great a luxury for farmers to enjoy on a whim, many would wait until Lohri to celebrate weddings and births from the previous year. So, on Lohri, with the harvest work done, families would gather together from far and wide and celebrate a newlywed couple or a new baby…a new baby boy specifically.

You guessed it. There was no Lohri celebration for the baby girls of the family. Our brothers had their Lohri’s and family from all over came to attend. Neither sister nor I, nor any of my female cousins had a Lohri celebration for us. When we asked our parents why, we were met with this sorry statement, “It just isn’t done.” Lame.

Luckily, we never stopped voicing our anger at this injustice.

So in January 2015, we celebrated the 2014 births of my nephew and my niece with a huge banquet hall party…with that aforementioned bonfire. Apparently, our family wasn’t the only one starting this new improved tradition either. That indoor bonfire must have been a common enough sight because that the banquet hall staff (some of whom were not South Asian, mind you) did not blink an eye when our party got literally lit!

An organization doing a huge part to ensure the spread of this new tradition is Lohri For Her. Starting in 2011, they have held an annual Lohri event in celebration of gender equality and the girl child mainly Toronto and went to Edmonton last year. It has become a truly Canadian movement.

This year, they’re taking their event and their message of gender equality to another Canadian city. This time the Lohri For Her event will be held in Calgary on January 20, 2017, at Magnolia Banquet Hall.

"Being blessed with a baby girl is an honor, so we took the opportunity to show the next generation that you shouldn't…

The message of gender equality has been embraced by so many because it makes sense! Why not celebrate the birth of a baby girl? The organization’s co-founder, Simi Gill, says that by holding true to the traditional Lohri music, folk songs and folk tales, and the overall ambience, they have been able to attract the young and the old, women and men, and pretty much everyone and anyone missing the Lohri celebrations of their childhood. The event has served as a way to connect the youth with their roots and cultural traditions, and has helped the less young (ha!) reconnect with the celebration of their homeland, all whilst creating a brand new progressive tradition that celebrates new beginnings for everyone, boys and girls alike right from the start!

This year’s Lohri is an extra special one for my family. My sister gave birth last year to another fabulous baby girl. Four of my cousins were blessed with cute little bundles of joy as well (a boy, two girls, and a set of twins — a boy and a girl!).

I’m all set to deliver Pink Ladoos in celebration…and to light it up!