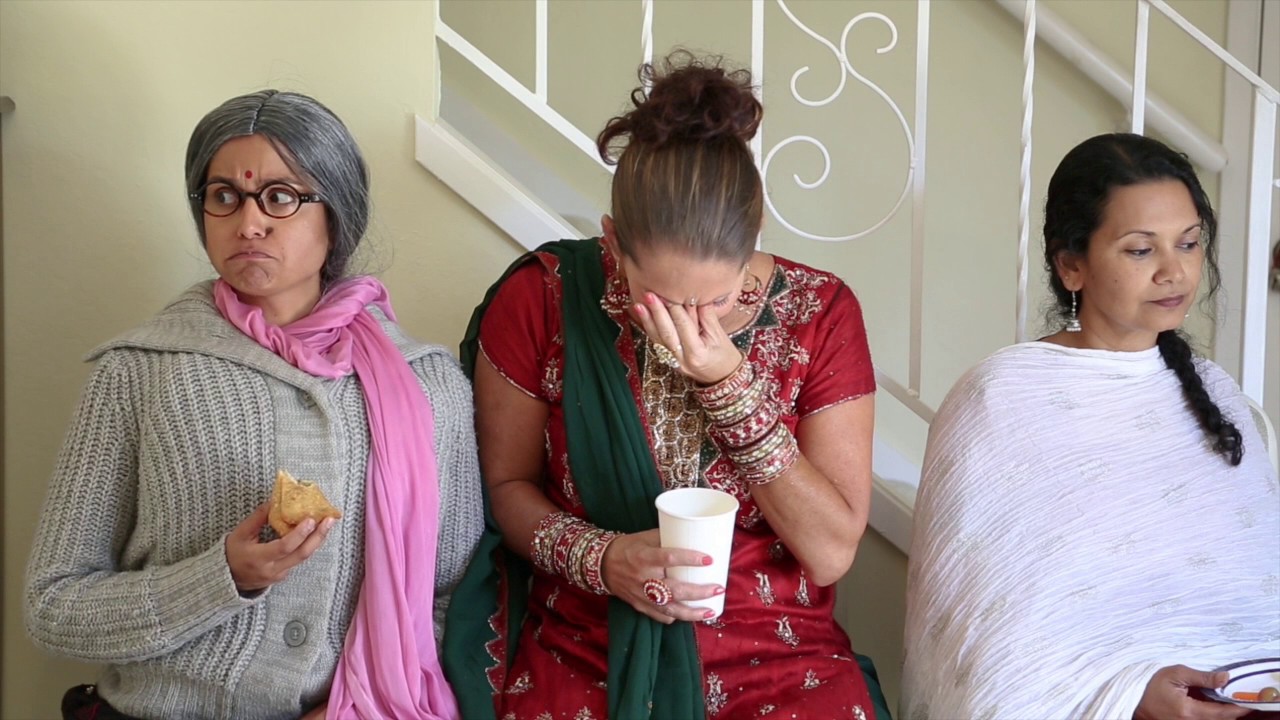 “Bad Auntie” was born out of my uncanny ability to receive unsolicited advice. Growing up, I had an Auntie who would corner me at every dreaded family function, and inundate me with comments like, “You are looking very healthy,” and “My Deepak is going to MIT!”

There were always a handful of other kids at each gathering, but lucky for me, Auntie was drawn to me like flies on a cow pie.

Later on in life, Auntie moved on to more serious life questions, like “When are you getting married?” This eventually graduated to “When are you having kids?” And, over the years, I got really good at deflecting Auntie’s verbiage, but as she left, she left me with nagging thoughts like “Is she right?” “Will I ever marry” or “Maybe I should work out more.”

[Read Related: What I Learned When I Was Promoted to Aunty Status]

Bad Auntie’s purpose is not only to embody these uncomfortable and annoying encounters but also to give my fears and negative self-talk a funny and somewhat strange persona. Who ever said art isn’t therapeutic, right?

When I gave up my well-paying 9-to-5 steady job to pursue acting, my parents thought I was bananas. Actually, they wondered aloud, “What did we do wrong?” But in fact, they did everything right. They raised a dreamer, and a risk-taker, albeit one plagued by anxiety,  ridden by guilt, and prone to taking risks!

“What are you doing with your life?”

“You’re such an ungrateful daughter. Give them grandchildren, already!!”

The comments came fast and furious.

And then one foggy day in San Francisco, a girlfriend casually mentioned that acting was a great hobby and nothing more. I went home that afternoon determined to prove her wrong (and to process my fears as in “OH MY GOSH, maybe she’s right?!”), and wrote my very first Bad Auntie episode called, “Acting-Vacting.”

In this series of shorts, Bad Auntie does what she loves most: eating samosa and nitpicking. She’ll choose the most inopportune time to say whatever is on her mind, and EVERYONE is fair game. Hope you like her. She’s a weird one.