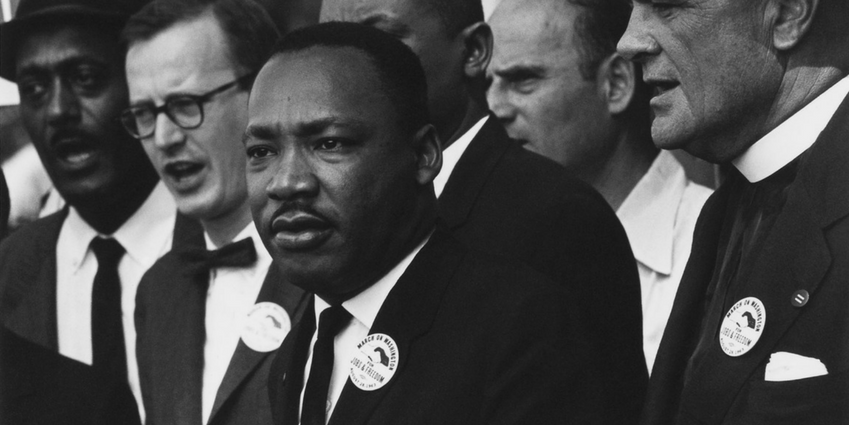 Our communities are heavily stained with anti-Blackness. It’s probably best to start off with that difficult and often denied truth. Many non-Black Americans of Color, who are largely immigrants, become quickly acquainted with the American brand of anti-Blackness upon their arrival to a country brimming with economic opportunities unheard of in the lands they left behind. The goal of achieving success in a new country is what arranges the first meeting between these new Americans and the face of anti-Blackness. To begin, the concept of success and achievement in America is a racialized one—regardless of whether we would like to admit that. Success refers to not just the pursuit of financial stability, but the protection of their bodies.

In the quest for this success, new Americans look toward the ones who enjoy the most economic and social privileges that they hope to one day attain. This inquiry results in the quick realization that an emulation of the most privileged, or, a special brand of Imperialist Whiteness, is what will facilitate the materialization of success. This implicitly involves the co-opting of the widely purported national narrative, which both vilifies African-Americans and then dismisses their discontent with such vilification as a display of oversensitivity.

Non-Black People of Color (NBPOC) demonstrate anti-Blackness in a number of ways—much of them tragically overt. One of the most problematic manifestations of this is through inequitable comparison – that is, the undermining of key struggles within the Black community via the improper equating of their own experiences as minorities with those of African-Americans. This means that many NBPOCs fail to understand or sympathize with the fact that Black communities continue to battle disenfranchisement, simply because they have been able to achieve success as new Americans.

What’s stopping them? I came here with just twenty bucks in my pocket. Look at how I was able to work hard and achieve. It means that they fail to account for the fact that while they came here willingly, Black men, women and children came here in chains. It means that they dismiss discourse challenging the institutionally unfair treatment of African-Americans as “oversensitive” and “contentious” simply because they fail to see that the extremity of anti-Blackness is greater than the racism to which they are accustomed and, thus, erroneously equate as the same. Why are they so upset? People are prejudiced against us, but you don’t see us acting that way. Centuries of historical context so clearly lacking in their quick dismissal.

To be abundantly clear: there is no comparison between the experiences of NBPOCs and the experiences of African-Americans. The former, while certainly abhorrent in its own right, is simply not as vicious as the latter. NBPOCs were not victims of the murderous institutions of slavery and Jim Crow. They never had to meet an America in which the best jobs a Black person could get—even in the “enlightened” North—were positions as janitors or shoe-shiners. They never had to meet an America in which Black people had curfews by which they had to be back in their homes. They never had to struggle to pick up the pieces of their humanity after a seemingly unending history of dehumanization. They never had to meet this America because of all of the physical, emotional and intellectual labor, of African-Americans that took place before their optimistic arrival to an America sporting a brand new face.

This inability to understand that their own experiences can never equate to this breadth of inherited trauma – rooted in the understanding that this country has explicitly combatted Black existence – results in their consequent inability to understand that the many privileges that they enjoy, including their willful blindness of the struggles of Black communities, are privileges that have been built on African-American backs. That is, it is African-Americans who carry NBPOCs on their shoulders. NBPOCs benefit, socially and otherwise, in insurmountable ways from Black movements. And for this, African-Americans are certainly owed immeasurable debts of gratitude.

To depart from the great debts owed by immigrant NBPOCs for a moment, it is also pivotal to highlight the great debt that first-generation American NBPOCs owe to their African-American counterparts. First-generation Americans, as children of immigrants being the first to be born in the United States, face distinct and complex social issues because of their unique disposition of having one foot firmly planted in the country in which they were born, and the other firmly planted in the country(ies) of their parents’. As a result, much like their parents, who were faced with their own choices regarding emulation upon their immigration, first-generation NBPOCs often struggle with finding their social footing in the larger American landscape as they struggle to both integrate into that terrain and maintain connectedness with their individual cultural identities.

With respect to the larger American landscape, Black culture (music, dance and social semblances) has always served as a saving grace for first-generation American NBPOCs facing a choice between two Americas—the America that their parents believed they must emulate for success and the America that was born from unfathomable struggle, thus much more welcoming to a generation of children who just always felt different. It is the face of America with which many minorities have always heavily identified, have felt most accepted, and, thus, some sense of belonging. In fact, Black representation in American media is often the first instance of minority representation in which NBPOCs see themselves represented as minorities in larger American culture. This representation also paves the way and opens the door for other minorities to be included in these sectors. Now, surely, Black culture is not simply something that is up for grabs by those who desire it. What is being referred to herein, however, is not unjust appropriation but, rather, the ability that Black culture has had as a dynamic social construct to communicate and uplift other marginalized communities. For this, first-generation NBPOCs owe great respect to the labors of generations of African-Americans as, without it, their complex disposition as children of immigrants would be exponentially more difficult.

As the date of this publication coalesces with the celebration of the birth of Dr. Martin Luther King, Jr., it would be remiss not to highlight that the renowned Civil Rights leader’s work was not solely comprised of the deliverance of his “I Have a Dream” speech, in which racial harmony is theorized. By the standards of today’s standing narratives that devalue national discourse on hot-button social issues, and to which many NBPOCs subscribe, Dr. King was a radical. He consistently called for the disruption of the status quo and for the rejection of anything less than full enfranchisement and institutional respect. The revisionist profile of Dr. King that is espoused today is not the full picture. That incomplete picture suggests that the leaps of social progress that African-Americans have achieved are entirely due to complacency and flowery words.

The truth, however, is that the Civil Rights Movement was successful because of the very means of protest and vocal displeasure that are so often looked down upon today. It is essential for NBPOCs to understand this—that freedom has never been won by way of structured diplomacy. The achievement of their humanity was not a negotiation but a bloody war. The blood of African-Americans is what has cultivated America to be of a nature that allows it to welcome immigrating minorities.

Of further note, Dr. King also understood and spoke about the importance of working with allies in other disenfranchised communities, for both their collective and individual advancement. Here are just a few ways NBPOCs can be better allies to their African-American countrymen.

Understand the dynamics of relative privilege and that African-Americans continue to suffer from the long-lasting impacts of state-espoused institutions that aimed to keep them disenfranchised. Understand the gravity of a long history of inaccessible education, financial opportunity and participation in government.

2. Show up for Black interests.

African-Americans undoubtedly show up in great numbers for the interests of others. It is crucial that this is reciprocated. Now, this does not mean being overly vocal. It is important to remember that there are certain things that NBPOCs cannot speak on and should be left for Black voices. However, showing up can mean joining them in protest, donating to movements like Black Lives Matter, and, at the absolute very least, refraining from the devaluation of existing movements as “unnecessary” just because one does not fully understand them. This is not passive involvement. This is valuable.

With respect to the majority of non-Black immigrant communities, one central underpinning for their inability to empathize with the struggles of African-Americans is the basic fact that they never learned about American history in their home countries. As a result, they faultily believe that movements which aim to uplift and advance Black communities emerge out of a vacuum. Explain slavery. Explain Jim Crow. Explain segregation. Explain public hangings and the disproportionate imprisonment of Black men after abolition. Provide them with that education. The result? Maybe they will finally be able to understand how this robust and historical disenfranchisement has resulted in current disenfranchisement.

By taking the aforementioned initiatives, NBPOCs can begin to emulate the gratitude that they owe to generations of African-Americans, who have worked to make the United States the kind of country in which minority immigrants may see as an opportunity for asylum and/or opportunity. They can begin to emulate the gratitude that is owed for their ability to view America as a perfect and unblemished union, all because they have arrived at a time when some of the greatest battles have already been fought by their Black countrymen. Today – as much as any other day – is a great time to commence that reflective inquiry and to introspect upon how to be a better ally in the battles that still remain to be fought.