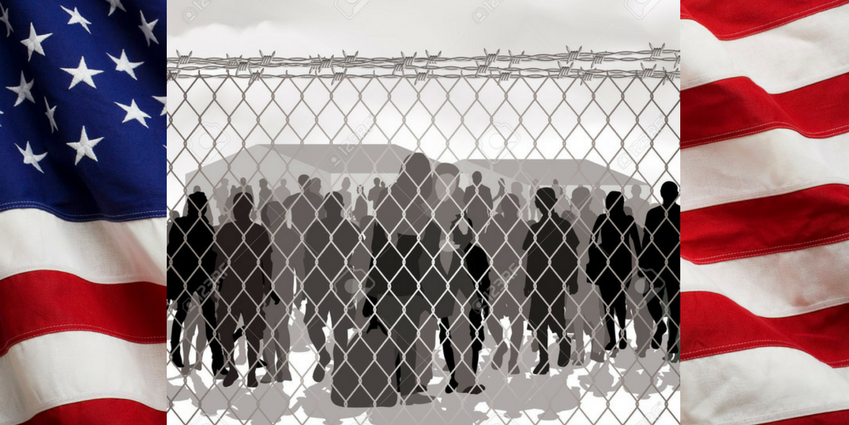 In November, after the news that Trump won, I wrote a piece about my reaction to the election results: I compared the feeling that had arisen in me on that night to the feeling one experiences after a bad breakup. My heart broke again on Friday. On January 27, the world learned that Trump (and yes I refuse to address him more formally than that) passed an executive order which temporarily barred citizens from seven largely Muslim countries, as well as all refugees, from entering the United States.

On Saturday, I wrote this message on my Facebook wall.

To the friends of mine who voted Trump, I want to ask you, how would you feel if your family members were taken away from you?

Today, I had to think about that question. I know I am not alone in having to do so.

I found myself both fearful for my Muslim family of whom all who live in this country are U.S. Citizens or Legal Residents, as well guilty for being thankful that my Muslim family comes from India, and fortunately for us, that country is not on the ban list.

At least not today.

I hated having to think of that question. I can’t imagine what it must be like for those who are now separated from their families because of this immoral ban.

All day, my heart had been trying to repair itself – news of a New York Federal Judge issuing a stay order that would temporarily prevent federal agents from deporting anyone who entered the U.S. with a valid visa, helped it to mend. Videos of men, women, children, the old and the young, gathering at the airport – both inside and outside – uplifted it. A video of Senator Elizabeth Warren facing a crowd of protestors at Logan International Airport, and stating, “we will not turn away children”, made me tear up with pride. This was the U.S. I was born into, knew, and loved. The senator reminded me exactly why I had always prided myself on being an American.

On Saturday night I donated to the American Civil Liberties Union. On Sunday, I tried to enjoy my life. I met friends for brunch and took a visit to the Mapparium in Boston.

Yet my mind could not stop racing from the events that occurred in the past 72 hours, innocent people were being displaced at airports in New York, Texas, San Francisco, Boston, and more. Social media alerted me to the fact that protests were happening everywhere. Taxi drivers in New York were striking, standing in solidarity with those affected by the unconstitutional immigrant ban. While all of this happened, I sat with friends and a few strangers (multicultural in skin color) around a table eating my huevos rancheros in an American bistro, trying to enjoy myself, trying to hide away those feelings of fear.

On my walk home from the Mapparium, the tears that had been at bay brimmed to the surface. I felt the fear rush in through my limbs like a serpent slithering through me. I shut my eyes, took a deep breath, willing those tears to go away, to not shoot down my tear ducts.

I thought about how the day before, my sister sent a message to our mother urging her not to wear her rida (a form of a hijab) while she traveled, how I told my mother that maybe she should consider it for safety reasons. I thought about how just a few hours earlier, while waiting for the Red Line at the T-stop, I saw a woman in a black hijab with a white scarf sitting by herself on a wooden bench, separated from the rest of the commuters. I went to sit next to her on my bench, and though I wore a sweater, leggings, and brown boots, I hoped she knew that she was not alone.

I thought about the luxury I experienced in my youth in being able to choose my religion. For years, I pondered religion, comparing the Muslim religion I was raised with against other Abrahamic religions (Judaism, Christianity, Bahai, etc.); Indian religions (Buddhism, Hinduism, Jainism, Sikhism, etc.); East Asian Religions (Confucianism, Shinto, Taoism, etc.); Indigenous religions, New Age religions, Occult religions, and others. In the end, I choose a religion of no religions— I call myself agnostic.

I thought about how none of that would matter. Religion was not a philosophy or guide for a moral way to live life for Trump’s administration. It was not a choice someone made. It was a scapegoat our new authoritarian presidential regime hoped to use to discriminate against the innocent.

Trump’s immigration ban was created to mark a big X on me that screamed “Muslim.”

I wiped my eyes with the sleeves of my winter coat, and quickly and quietly climbed down the dark stairs of a Green line T-stop, boarded the subway, and thought about how I would end these 72 hours.