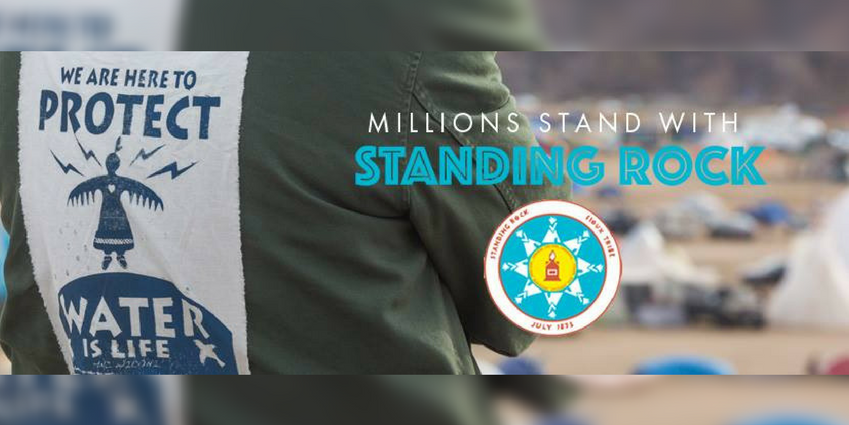 Thousands of women around the world came together last week in one consolidated struggle—to protect the rights of women in the United States after Donald Trump was inaugurated as President. These protests incorporated white women, indigenous women, South Asian women, black women, the LGBTQ community, and a wide variety of diverse and marginalized individuals in an intersectional effort.

Yesterday, the Trump administration announced that it will move ahead with the Keystone XL and Dakota Access Pipelines. While the former was rejected by the Obama administration in 2015, the latter was halted in December, following the arduous struggle of water protectors who protested for several months. This announcement was made after coverage of the protestors facing significant amounts of police brutality and violence went viral. Moreover, thousands of veterans had gathered to support the Sioux tribe of the Standing Rock Reservation. The veterans also issued a heart-wrenching apology to indigenous peoples on behalf of their predecessors for wrongfully laying claim to their lands. Afterward, everyone celebrated and they went home for the holidays.

Yet, after all of this hard work, Trump has announced that the DAPL will advance through the sacred and ancestral lands of the Sioux. Dave Archambault II, the chairman of the Standing Rock Sioux Tribe responded to Trump’s announcement stating that they will take legal action against this decision. Will we see the resurgence of a similar amount of support for these water protectors as the women’s march? Will all types of women band together with indigenous groups to speak against pipelines that are clearly trespassing the rights of Native Americans? I cannot speak for all these women, although I pray that an alliance will be formed. Nevertheless, l implore South Asians to take up this fight and act as allies to these indigenous peoples who have shared their land, water and resources with all of us, regardless of our ethnic and racial backgrounds.

As South Asians, most of us have grown up hearing about colonialism. We have seen “Lagaan,” “Mangal Pandey,” “The Legend of Bhagat Singh,” “Shaheed Udham Singh,” and countless Bollywood films about Indian independence. There may not be much that binds us together now but this history of being colonized by the British for over two hundred years and struggling to obtain freedom is significant enough. Bangladesh and Pakistan were a part of India before 1947 and Sri Lanka was also under British control. We know the pain of losing our land to a foreign power, having our jewels stolen and our resources depleted. We know the feeling of achieving freedom and regaining control over our land, resources, culture and religious customs. Remembering this, how can we turn a blind eye to the continued colonization of indigenous peoples as is evident with the DAPL? Knowing that as racialized individuals we, our bodies, our cultures, and religions continue to be colonized, how can we look away from the continuous colonization of Native Americans?

Remembering this, how can we turn a blind eye to the continued colonization of indigenous peoples as is evident with the DAPL? Knowing that as racialized individuals we, our bodies, our cultures, and religions continue to be colonized, how can we look away from the continuous colonization of Native Americans?

Today, we live on the land of a people who faced a more brutal form of colonialism. We live on land that was not only stolen, rather groups of indigenous peoples who inhabited this area were annihilated. It didn’t end there. Many indigenous groups survived and they were left to argue and fight for their land, forming treaties with the government over a territory that was once their unarguable home. They faced years of social conditioning aimed at abolishing their cultural practices, tradition and language. Many children were torn apart from their families and given to a system in which they were physically, sexually, emotionally and psychologically abused. Moreover, while many treaties acknowledged that specific areas of land belonged to certain tribes, the government has consistently infringed upon these rights. This intrusion has become an ongoing cycle in our shameful history that continues to colonize these peoples. Nonetheless, indigenous groups are resilient. They have been active agents resisting their oppression and speaking against injustice as well as leading environmental struggles on behalf of everyone, not just their community.

We have a responsibility to take care of this land and acknowledge the rights of indigenous peoples. In many cases, we have unknowingly, unwillingly, and ignorantly inherited the debt of a bleak past. We have become accomplices in something we never began but without a doubt our immigration has served to sideline the claims of Native Americans. Silence makes us complicit and we cannot afford this anymore, whether the issue is colonialism or the deterioration of the environment. The DAPL water protectors are fighting for everyone’s right to clean water and we should support them. We cannot change the past but we can hold out our hand as allies in this struggle and follow the Sioux’s lead for a better future. Let’s stand together as South Asians for the Sioux of Standing Rock!