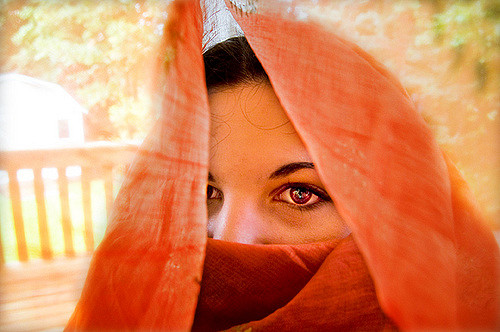 Bereavement is the heaviest burden humans are forced to bear and there is simply no escape from it. Each one of us has to haul it some time or another. There is nothing in the world that prepares you for it; there is no rehearsal or a curtain raiser to that event. No cut or gash even comes close to that searing pain.

My father passed away and I, my sisters and brothers could not console my mother. How do you face a woman who has lost her companion of 50+ years? What do you tell her that she does not already know? We were helpless: shoulders aching under the weight of grief, eyes unwilling to let up. Wouldn’t God provide some cushion to muffle the crash? Some salve for the suppurating wound?

[Read Related: Grief is What Makes us Human]

And then they started swarming in, easily settling in spots like they were pre-assigned. They were like a hive of bees — each one knowing her mission. They held our mother within the folds of their dupattas, offering curative words or nuggets of silence as needed. They knew exactly where the pain originated and how to assuage it. Slowly, bit-by-bit, they contained all of her and she eased into the lap they created for her.

They addressed my mother as an aunt, sister, and sister-in-law or called her by her name. They were neighbors, relatives, friends or friends of friends, feeling our loss and offering themselves. I recognized some women from the hazy corridors of childhood, some I had never met before but all were angels from God. Together, they filled the unrelenting night with purpose and activity. They brought in thermos flasks of hot tea and biscuits, chapattis and curry, with paper plates and cups. They forced tiny morsels greased with love into my mother’s mouth. They lay down with her, adjusting her pillows, covering her feet with blankets. They poured tea for all of us and made sure we ate something. They held us to their bosoms, wiped our tears with their dupattas or let us soak their shoulders. They held us and prayed with us all night without a wink of sleep.

I can’t help marveling at the nth dimension of every life event: women. They are the smiles and the tears of any emotion known to mankind. They adorn themselves in shimmering outfits and jewelry, sing and dance in exuberance to accentuate weddings and births. Then they swathe themselves in somber dupattas, assume a divine aura and work as God’s sentinels to hold and lift those paralyzed with grief. Such seamless switching of roles!

What would we have done without them? We couldn’t have survived that night without the scaffolding they built for us. Such masonry is the force only of women.

The obduracy of grief is such that it ebbs and rises again. A special army is needed to combat it – one that’s not clad in clunky armor but draped in soft dupattas. They are the soldiers and the masons.

I salute and hail the warriors.

Sara Chansarkar is an Indian, living in the USA for the past 11 years. Columbus, Ohio has been her home away from home in India. She is an IT professional, who loves to immerse and lose herself in the ocean of written word. Sara is a voracious reader who can chew words in any shape or form. She also pours her heart out through my fingers on her blog This I Believe, which is a medley of personal essays, insights, poets and short stories. Her blog has been featured on top Indian blogs lists and her poems have published in the Haiku journal.