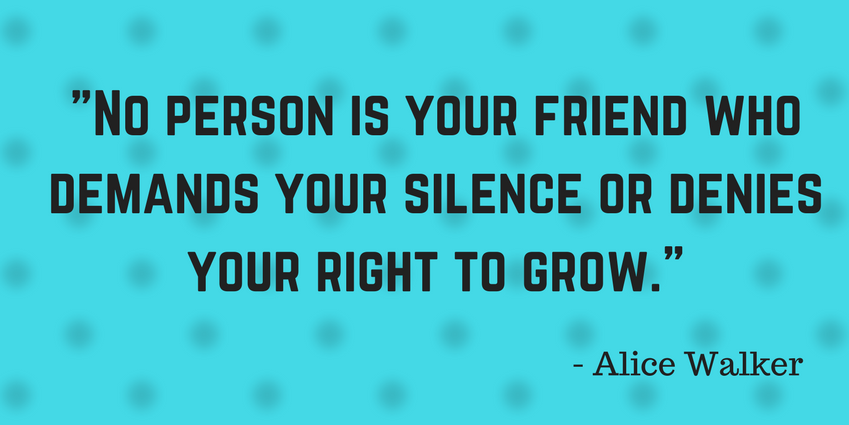 “How many times must we bite our tongue before it’s no longer there?”

Have you ever felt stifled? Like there is something in you that is fighting to come out, but something in your heart and your mind is pushing it down? To exist as a woman of color in a society that has conditioned us to believe our opinions are not of equal value to our white counterparts has hampered our ability to properly and effectively communicate our emotions, especially in a time of distress.

The current political climate in America has not only heightened racial tensions but has inadvertently defined whose feelings matter and whose do not. I should have noticed it sooner, the years of subconscious conditioning to prioritize white feelings over my own, I was taught to speak and react in ways that make those around me comfortable. Often times, the way people of color navigate through most situations is with heavy consideration of white feelings, white opinions and white comfortability, even if white people do not take the time to consider the feelings of people of color.

In Trump’s America, it is exhausting having to explain and justify why his xenophobia, racism, sexism and classism, have very real life implications for millions of Americans, more specifically people of varying socioeconomic situations and people of color who exist within them. Why is it that when in the presence of someone who is white or someone whose views oppose yours, do we feel as though we must bite our tongue? Where did we learn this? What was the exact moment that I was told I could not speak honestly about issues that personally affect me? The reality is that you cannot single out a particular moment in which we are taught to silence ourselves.

People of color are conditioned to exist within the margins of white comfortability firstly for their own safety. Racial profiling has taught millions of Americans to look and act a certain way or else their lives might be in danger. It is the conditioning that starts at home, your parents telling you to be careful, to not engage if you are in a situation where you are being verbally attacked, to comply with officers even if you are doing nothing wrong. The conditioning starts with understanding your designated place in a white world and how much less of a person you are seen as, in certain situations.

For years, I struggled with my identity as a brown woman in a predominantly white community. I grew up with very different political views and found it uncomfortable to express them in a classroom setting. The conditioning started when I was expected to speak on behalf of an entire culture in the classroom because I was the only one who could potentially represent it. It was in the way I would have to sit through hours of discussion about white history, but maybe a few classroom sessions about the history of their counterparts of color. It was the frustration of having to digest the oppression and violence my ancestors faced as the words took up close to a paragraph in what could be a 100-page textbook. The conditioning started in knowing that those who wrote history purposefully silenced our voices and our struggle and distributed it amongst the American education system as justified and necessary.

White comfortability is seen as a priority in our culture because their power and privilege is so deeply rooted and institutionalized that to disturb it will have larger consequences on people of color. For example, the Trump Administration, which embodies white privilege, has already put into place policies that threaten the livelihood and safety of millions of Americans of color – a blatant exercise of privilege which further proves the way white America views those who are different. Of course, to generalize white Americans as pro-Trump would be wrong, but there is no denying that every white American benefits from institutionalized racism and generally accepted white privilege. This leads me to have to work twice as hard to undo years of systematic conditioning and learning to empower my voice as a person of color.

In a recent encounter, I was being interviewed about Trump’s policy, more specifically, if I agreed with his plan for building a wall. I began to think about the various reasons why I disagreed with his plan and was very ready to vocalize my strong opinions. It wasn’t until I received a text from a friend showing me that the person interviewing me openly supported Trump that my response changed. This changed my whole demeanor and almost immediately changed the way I approached and viewed the situation. What once could have been a passionate and healthy form of discourse was overcome with an overwhelming sense of dread. I began to think about how to choose my words carefully, how to answer this is in a way that would not make either party uncomfortable.

While I did this, I began to realize that my first instinct was to sacrifice my most genuine feelings in order to make a situation more comfortable for the Trump supporter in front of me. I was so disturbed by my reaction – why did I feel it was necessary to change? Why did I feel like it was my responsibility to maintain peace when the very existence of their support disrupts mine? I was conditioned to understand that the implications of disagreeing with the opinion in power puts me in my most vulnerable state. The level of discomfort never seemed worth saying what I truly felt, but it took years of giving in to that pressure to realize that disagreement is only natural in a healthy society, discomfort, however, is not.

After this particular instance, and in light of recent events, I found myself making the conscious effort to reverse the years of conditioning and trying to empower the voice within me. To be brave in times when it is hard to even exist is the breath of our very culture as people of color. History does not do us justice, but that does not mean we cannot create a future that does. I have learned to not fear the fragility of white privilege because my words hold value, my experiences hold value and they deserve to be expressed freely and genuinely. It is a scary time to be vocal but it is also our most necessary and powerful weapon. 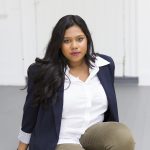 Vianne Kara Singh is an Indo-Trinidadian aspiring world changer, with a firm belief in all things Beyonce and a weird obsession with her dog. Vianne is a current student at the University at Albany where she studies Political Science. She is passionate about social justice, social reform, and doing right by those she cares about. She dances whether or not anyone is watching, is learning to navigate her awkwardness, and wears her heart and hair-ties on her sleeve. Her interests include working on her social media aesthetics, discovering music and illuminating the people around her.