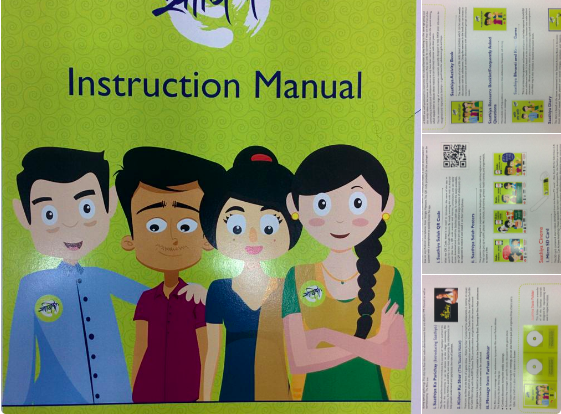 The topics of homosexuality, contraception, consent, and sex have always been meant to be spoken about in silence. This silence has led to a dangerous illiteracy and regressive shaming when it comes to any curiosity regarding social gender “norms” and sexual health, unknowingly placing Indian youth in jeopardy.

The Indian Ministry of Health and Family Welfare, in partnership with the United Nations Population Fund and the Ministry’s Rashtriya Kishor Swasthya Karyakram program, has launched “Saathiya.” An initiative to aid adolescents with their normal curiosity, Saathiya has been released, thus far, in the form of a resource kit and a mobile application. What is so unique about the program is that it approaches such “taboo” topics with an unusual and unexpected amount of sensitivity and maturity—qualities even the United States lacks when it comes to approaching sex education.

Even though the Indian judiciary has yet to toss a coin on the legality of homosexuality, Saathiya aims to tell young adults that it is absolutely normal to have an attraction to someone of the same gender and to not feel shame for it. Saathiya strives to teach young adolescents about the normalcy of sexual attraction and relationships. The program plans to educate around 26 crore (260 million) young adults, and in order to reach those benchmarks, the Health Ministry has hired and trained around 1.65 lakh (165,000) peer educators, called “Saathiyas,” to take part in this program.

Aside from normalizing homosexuality, sex, contraception, and STD prevention, Saathiya takes education one step forward. In a country where hyper-masculinity is championed, a deviation is made with this program by challenging gender stereotypes and norms: boys can cry, there is no such thing as being a “sissy” or “unmasculine,” and all emotions are normal and should be embraced. The topic of gender-based violence has also been challenged to be spoken about in the open and Saathiya addresses how to combat this issue. For the first time in eons, consent is treated as a serious concern and boys are told that they have no entitlement towards a woman’s body—“No means no.”

The Indian Health Ministry recognizes that Indian youth have many unanswered questions that are only met with a deafening silence, a rude dismissal, or culturally tainted information, and seeks to prove a safe space for them to finally get those answers. There are dangers in allowing sexually-peeking young adults to wander around for answers if they do not know where to start. This can lead to unhealthy sexual attitudes and dangerous behaviors if they do not seek the proper resources to answer their questions.

The Health Ministry wants to counter the regressive attitudes towards gender bias and sexuality through a mature, progressive program which will provide a healthy guide through hormonally tough years. Although long-overdue, Saathiya’s success remains to be seen in the years to come through how far and to how many the program reaches, how it is implemented, and whether knowledge is effectively transmitted.