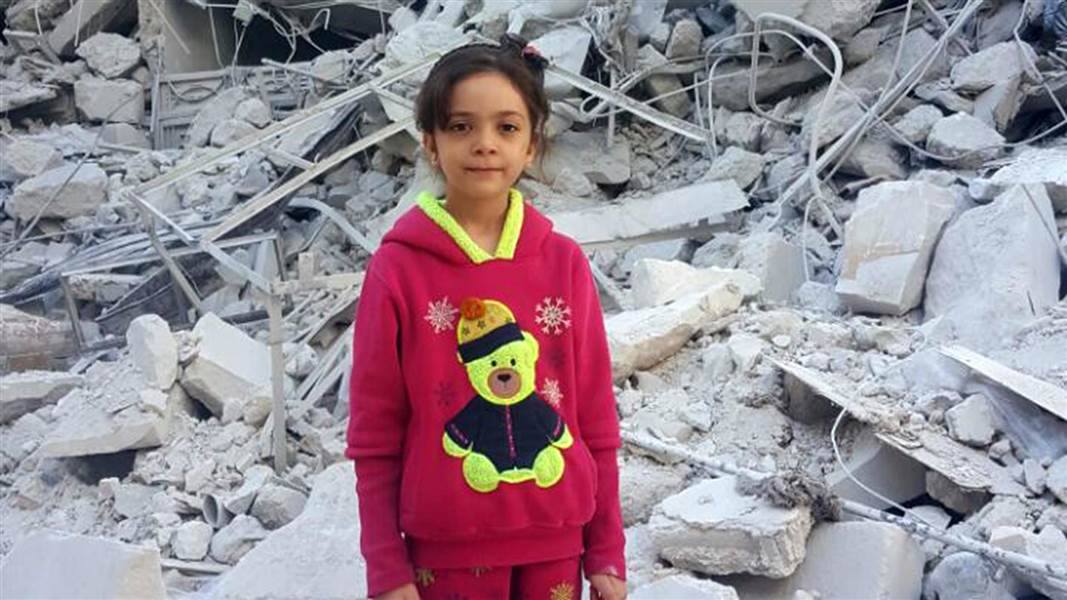 Bana al-Abed has been making international news as “our era’s Anne Frank.” She is a seven-year-old Syrian girl who was previously trapped during the siege in Aleppo but has safely been evacuated since. So why has she been compared to Anne Frank? This little girl was live-tweeting the atrocities from Aleppo during the siege.

My name is Bana, I’m 7 years old. I am talking to the world now live from East #Aleppo. This is my last moment to either live or die. – Bana

With over 360,000 followers and with the help of her mother Fatemah al-Abed, Bana has been updating the world from the middle of a rebel-held war-zone. Her account is wrought with descriptions of daily life amongst the loud barrage of bombs and gunfire. It is also riddled with desperate cries of help which were aimed at and often ignored by world leaders and the United Nations.

Bana’s savvy use of social media erased any excuse we could have given ourselves of not being able to take action against atrocities happening in Aleppo. It raises an interesting question in the age of social media. Are we going to be able to bury our heads in the sand anymore? Bana defiantly made sure it’d be pretty hard to do so.

We are today appealing to the world, to everyone to do something for me, Bana, my family & the remaining people inside East Aleppo to make

Yet, we underestimate ourselves. We can still be as ignorant as ever. Critics attacked Bana and her mother in an attempt to discredit her tweets. They pointed out that the account was too active for someone who is living in a city with frequent power cuts. Even Syrian President Bashar al-Assad labeled the account as “propaganda,” as he falsely tried to maintain a façade of control and content.

[Read Related: How the Travel Ban Shook America and it wasn’t ‘Just Rhetoric’]

Twitter as a tool has been paramount in activism and politics for the Western world in this decade. But that’s the West; we are used to being aware of what’s going on in the West. Following any tragedy that happens in the West, social media sites roll out photo filters, people update their statuses, and corporations launch ads all in solidarity with Western victims.

But what about the East?

The West is notoriously popular for ignoring the unrest and conflict in other parts of the world, especially the Middle East. North American news outlets report extensively on any attack in the West by Muslim extremists, such as Paris, Orlando, and Brussels.  However, the constant violence inflicted upon the Middle East by the likes of the same Muslim extremists, Russia, or even the United States of America isn’t talked about.

There were numerous terrorist attacks in multiple places which include Pakistan, Iraq, Afghanistan, Bangladesh, Indonesia, and India. Yet the Western media tends to ignore these events very often. And even when this news is covered, it’s done hastily and not given the proper coverage it deserves.

Syria, however, has been different. Many major news networks and outlets are covering the conflict in depth. The issue of Syrian refugees has been widely discussed and debated, as unrest in the Middle East seeped into the Western world. Yet, this entire debacle has been met with a strange quiet when it comes to taking actual and effective action. These sentiments are echoed by Bana herself, who found the lack of response during the siege in Aleppo to be heartbreaking.

I am very sad. No one is helping Syrian children. Please please please evacuate all of them out of the war.

We must ask ourselves: Would World War II have been different if Anne Frank’s diary was published simultaneously as she wrote it? Bana al-Abed proves it wouldn’t.