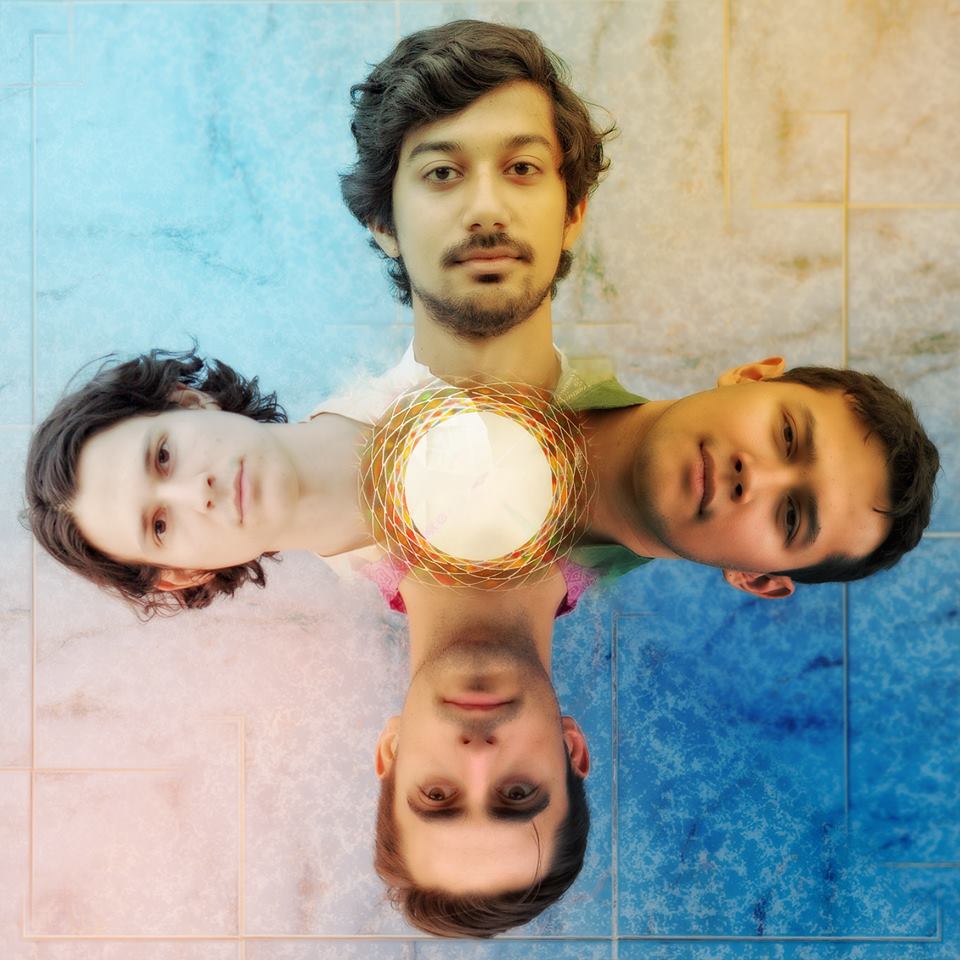 When I was approached by my editor to interview Zain Alam of Humeysha I was like sure, why not? I hadn’t heard of the band and was hungry for some different music, something I could sink my teeth into. What I would quickly find after listening to Humeysha was that there was a lot to sink into and to revisit as I tried to answer what I had just listened to.

Humeysha’s sounds, with its reverberating, trance-y guitar riffs and mantra-esque singing caught me off guard in the best of ways. It was both psychedelic and calming all at once. And though my first impression of it was to liken it a musical avatar of cannabis, I found this distinction too simplistic.

Humeysha projects an aesthetic that is monastic and sensual all at once, complex yet simple. And that’s what I loved about the music—it’s ability to have all these dichotomies harmonize so hummingly.

Interviewing Alam didn’t quite bring me closer to a conclusive answer as to what I was listening to in any way that puts his music in one musical genre. And that suits him just fine.

Alam’s answers to my question were so, dare I sound too gushy, prolific that I kept the format of this interview uncut and with minimum editing.

SS: You describe your self-titled debut to be a “wayfarer’s meditative travels through heritage and homeland.”  How is it meditative? What are some of the spiritual, emotional, and physicals travels you’ve experienced that lend themselves to your music?

ZA: “Meditative” is actually one of the most common descriptions friends and family shared after first listening to Humeysha. Though the word doesn’t say anything specific about the sounds on the album, I think it gives a good sense of what kind of sounds are used and how they’re brought together. Meditation bowls, tanpura drones, big washy guitar chords,  and Bollywood percussion. Together these sounds all made sense in my head, despite being from very different contexts. My attempts to find that unity through sound says something about my inward journeys just as much as does those outward.

The album is a record of how I processed my life on the move for a year in the subcontinent. I spoke Hindi-Urdu and looked like everyone else but still felt alone, an American-born outsider in my grandparents’ strange land. Part of working through that experience was buying a bare bones guitar. The instrument was not only a source of comfort, but also a tool for me to process all of India’s sounds—new and familiar—along with the nostalgia I felt for my childhood. As part of my work for the 1947 Partition Archive, I recorded hundreds of hours of found sounds from markets and homes. I traveled in person across north India collecting stories while also digging deep into myself to ask: what does it mean to find a song in the mess of musical memories I’ve amassed over the years across east and west?” 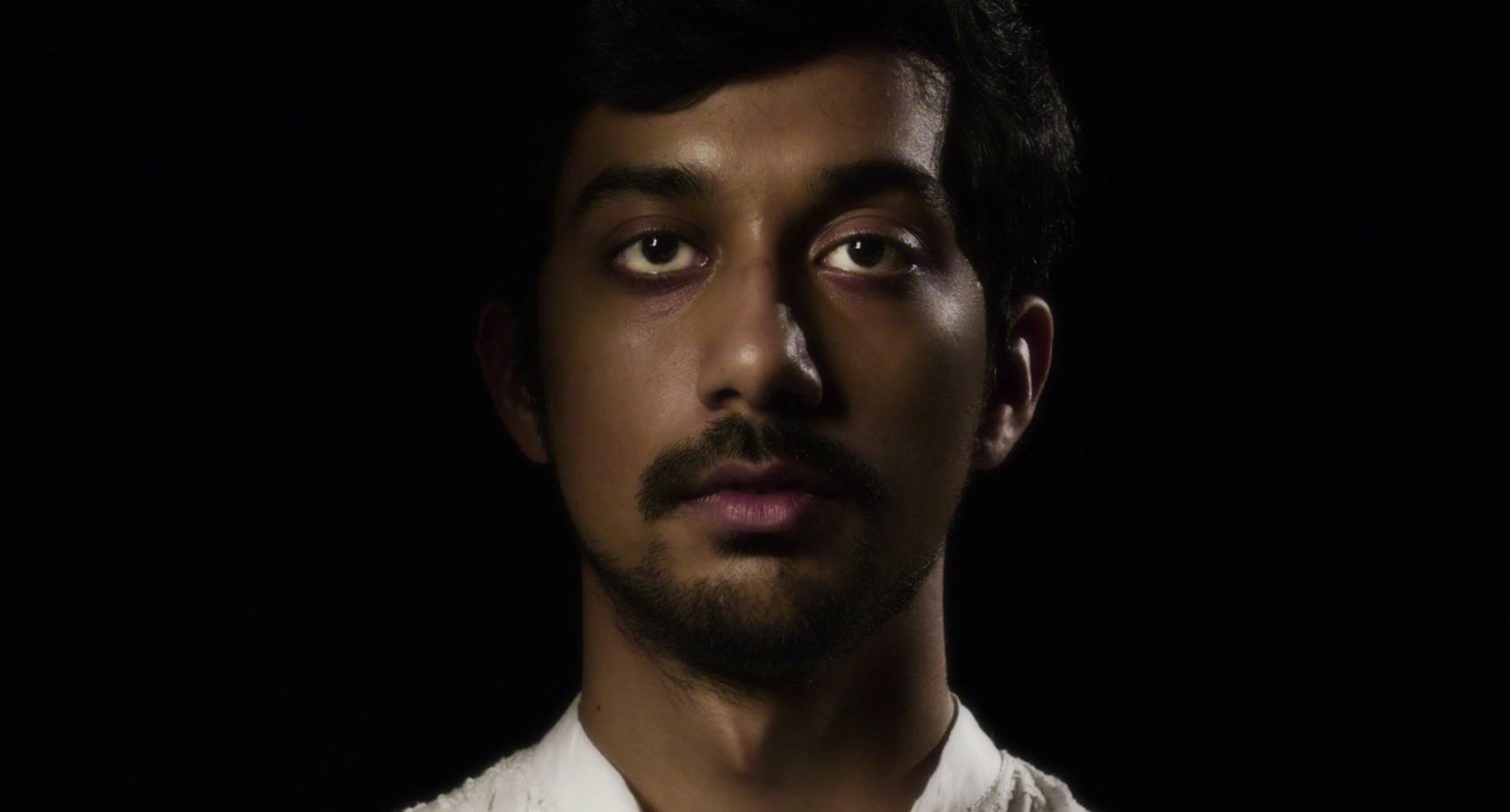 SS: Who have been your greatest musical mentors from both the East and West?

ZA: “I owe a lot to the greats of American hip-hop— particularly from the South, where I grew up—who’ve defined the practice of sampling and looping. Bradford Cox and his band Deerhunter are also hometown heroes who I’ve always looked up to for doing guitar music right and on its own terms, somehow balancing elements that are dreamy and beautiful with others strange and grotesque.

Anyone who’s grown up with Bollywood will also hear Humeysha’s indebtedness to AR Rahman—the man’s practically soundtracked our childhoods. Other Bollywood classics like Madan Mohan and RD Burman are also staples who I find myself coming back to time and time again.

Another musical mentor of mine from the East that may surprise some is the Japanese video game composer Nobuo Uematsu. I was a big fan of Final Fantasy and he, too, in a way sound-tracked my childhood, considering how many hours I spent playing those games. The fact that the music worked so well despite looping endlessly ensured that you’d never forget it, as if the melodies themselves weren’t catchy enough.” 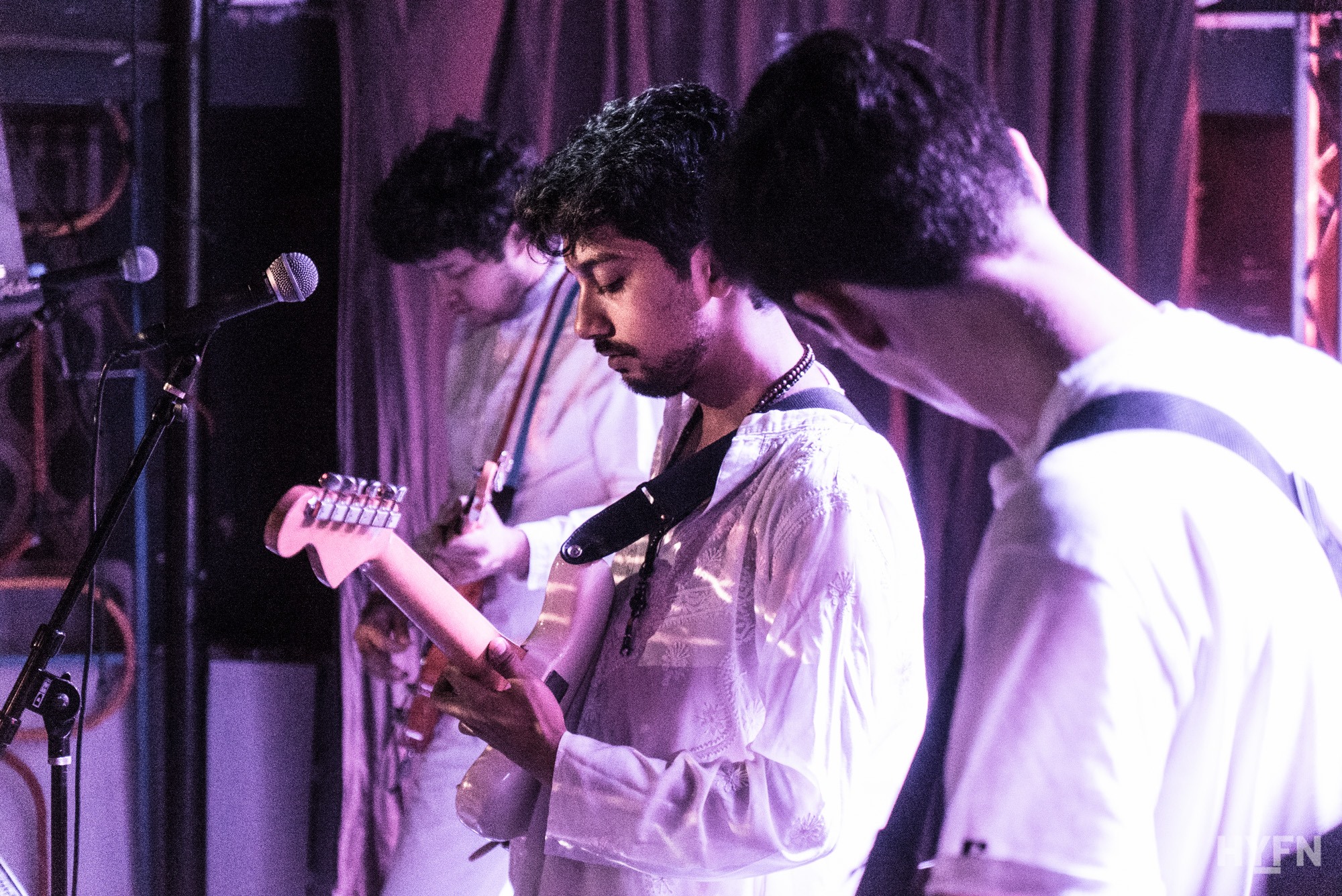 SS: How did you form your band? Did you know your band mates from before or did you vet artists that shared your vision for a band?

ZA: “The band was formed after the release of the album in order to play it live. I had already been working with Dylan Bostick on re-recording and mixing the album for almost a year after I returned to NYC. I had played in bands before with Dylan and Adrien Defontaine in college, and they both had played with John Snyder as well. As far as a vision for this band, I think it’s always been important for there to be an existing sense of camaraderie and ability to lock in with one another in a very felt, genuine way. I’ve been blessed to play the songs with best friends who’ve made music with me before, always have interesting ideas on how to translate certain ideas to a live context, and care to know about little details like qawwali inspirations or the pronunciation of lyrics in Hindi/Urdu.”

SS: How would you describe your relationship with music?

ZA: “Somehow it didn’t dawn on me how poetic it is that my mother’s name is Tarana until recently after my Dad was wondering out loud to her why both my brothers and I are all musicians when neither of them were. Her name is an Urdu word referring to a specific kind of composition centered around a short main melody! So in a way they can’t be too surprised we ended up playing music instead of becoming doctors.

Ever since I can remember, I’ve had an instinctual attachment to music. I was humming my own tunes and harmonies to Bollywood songs long before I learned how to play an instrument.

Remembering songs after hearing them once has always felt natural, and especially when I was younger I would tear up whenever I heard a particularly touching melody. And most of my friends will tell you it’s no surprise to catch me caught up in hour-long conversations about my favorite records.

I’d also describe the connection as instinctual—especially now—because I think my subconscious likes to do a lot of composing. I hate keeping my phone right next to me when I sleep, but I keep it within arms reach because sometimes I’ll wake up from a dream with a melody in mind. A lot of the newer Humeysha songs began this way. It’s important that I record those ideas just as they strike before the conscious mind takes over to meddle and criticize.” 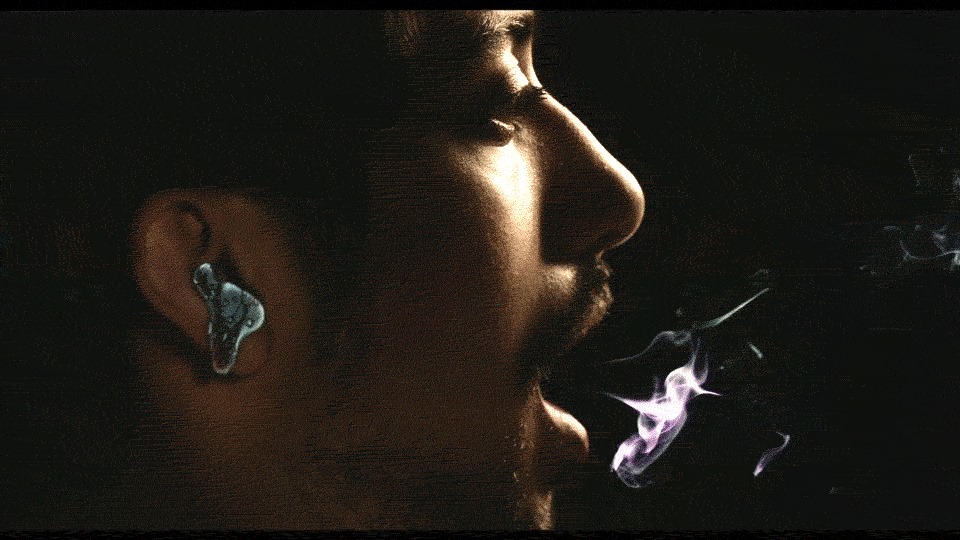 SS: Your live shows are said to feature “projections manipulated on-the-fly and coordinated outfits for the band members for a full audiovisual experience.” Explain what this truly means in terms of your vision, collaborating with others, and synchronizing this experience.

ZA: “I’ve drawn on quite a few ideas in Islamic/South Asian art for Humeysha and had a lot of talented friends to help make it a reality. There’s filmmakers and make-up artists on the video shoots, painters and musicians who helped give the album its concrete form, writers who have wanted to discuss the project with new audiences. Trying to deliver a fuller experience live is a natural extension of challenging ourselves to go beyond just playing songs while having a fun time pushing forward together.

Specifically, regarding the projections, Ethan Young develops and projects them live in sync with our music. I trust him as one of my best friends and kindred creative spirits. Since working with him on the Burma Between You and Me video, I’ve always enjoyed bouncing ideas and sending him references from Urdu literature and Islamic culture. The outfits—my Lucknowi chikan kurta and all in white—are present because the projections fall on us and because I love how refined the kurta looks.”

You can find Humeysha’s music on Spotify, Apple Music, Amazon, and Bandcamp.

Soni Satpathy-Singh is a culture writer and recipe developer who resides in Manhattan. She is either always cooking or eating be it for work or simply because she loves to! To see more of Sketchy Desi’s work, visit facebook.com/sketchydesi/ or stay tuned for upcoming posts on Brown Girl Magazine.