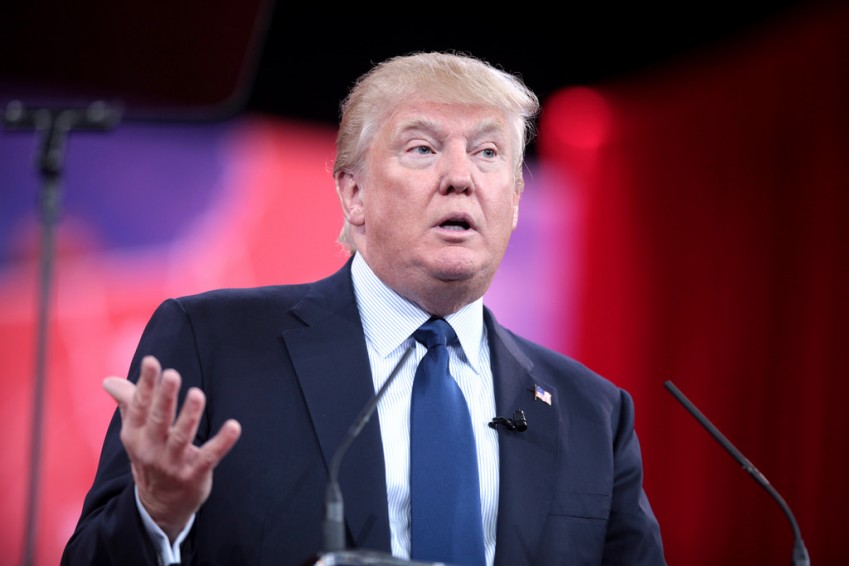 As the White House continues to forge forward with its new administration, President Trump has now proposed his national budget blueprint — or known as the ‘skinny budget‘ — detailing where he plans to put the nation’s money. Although this Skinny Budget is only preliminary, it has both Republicans and Democrats wary.

Upon analysis, it represents a sinister brand of authoritarianism that the United States has often criticized — and the plan would have serious effects on both the American democracy and economy. An overview of the Trump Budget would shock no one who has heard the man speak through the campaign process and into the White House.

It comes as no surprise that a president who insinuated an arms race with Russia, wrecked foreign relations with Mexico through militant and aggressive rhetoric against the shared border, and angered a host of nations, that are globally understood to be hostile, with his travel ban, would support a blueprint that is an expenditure in military spending.

Three key departments see a decrease: The Environmental Protection Agency, State and International Programs, and Labor, which culminated get an approximately 81 percent decrease in funding. These cuts are coupled with an almost complete elimination of funding for the Arts and Humanities, programs for lower income families, and many other grassroots organizations.

The $1.1 trillion budget does, however, give a 54 billion dollar boost to defense spending: Homeland Security and The Pentagon seeing a 6.8 percent and a 10 percent increase respectively. The aggravating issue with such a proposal is that the eliminated programs take up less than 5 percent of the current budget and are crucial to supporting the nation’s most vulnerable populations: children and the elderly.

While a boost is given to Social Security benefits and Veterans affairs — the entire budget is lopsided, meaning regardless of targeted spending, the weakest portions of the population will suffer the most. Cuts from over 17 departments are coupled with increases in only three to four.  This plan ensures that afterschool programs, Meals on Wheels, NPR and other vital services that preserve America’s history by protecting the elderly and invest in America’s future by inspiring the youth, will be lost to an increase in arms that the nation simply does not need.

The plan raises a whole host of philosophical, political, and economic questions: what exactly do your arms protect when you cut the programs that protect your physical nation, feed your sick and educate your young citizens? How will America remain a global economic power when, instead of being able to spend any money on goods and services, many American’s are now going to be forced to find a way to simply make ends meet?

The dramatic irony is that the poor people in the middle of the United States who voted for Trump, the people who were understandably fed up with being poor and being ignored by budgeters in Washington, are the ones who suffer the most from these cuts. It sounds odd to call America “impoverished,” yet one in six seniors struggle with hunger and five million people in California alone rely on food stamps. Cutting federal funding to anything that literally feeds the country seems insidious — so then why is it happening?

This fiscal policy has many names, while it’s normalizing to call it the Skinny Budget, OMB Director Mick Mulvaney also referred to it as a “hard-power budget.” This insinuates the notion that this budget is about power maximization, bolstering the United State’s image to would be axis powers. The only issue is that no one is attacking. Truthfully, America is in no standing war and has not faced an external terror threat since 9/11.

The main threat to our economic national security is that of trade deficits and the more negative externalities of interdependence. Armaments do not help solve any of these issues — they simply starve, both figuratively and literally, the domestic population. This has been seen in the authoritarian regimes of Iran and North Korea — who still remain economically disadvantaged in the Internal Political Economy and are viewed as regressive examples of economic policy.

In 1977, Iran saw riots for the continued military spending while the populace struggled with severe unemployment and economic disenfranchisement. Yet Trump came into power under the guise that he would help more people “win,” i.e. give the poorer classes of Americans more of an opportunity to participate in the economy, give them more of an opportunity to earn money and gain purchasing power.

Cutting the federal budget in this way goes directly back on this claim. Not only that, it goes against the very principle of Make America Great Again as a nation’s greatness, or power, is most easily measured by how efficient and plentiful the populace is. By starving out the poor and cutting funding to the young — this blocks scores of Americans’ power to purchase in the global economy, it also takes away their ability to exist as a bedrock for the political system, and those two factors together weaken the United States over all.

To say Trump is authoritarian by the standards of Pahlavi II or Kim Jong-un comes with its nuances, but to argue that this budget is democratic in any capacity is a lie. This American brand of authoritarianism is much more sinister than that of an outright despot, as it functions under the disclaimer of calcified rules and regulations.

If we are to listen to history, the smart move is to run far away from a fiscal policy that values a physical warhead over a faltering populace. The bubble of American prosperity is bound to pop soon, and if such a budget is passed, it will pop with a nuclear force. While it is easy to connect resistance to protests and rallies, it must also be connected to ideology, and stopping a policy such as this one is a solid way to make sure this administration’s nefarious ways do not get normalized.