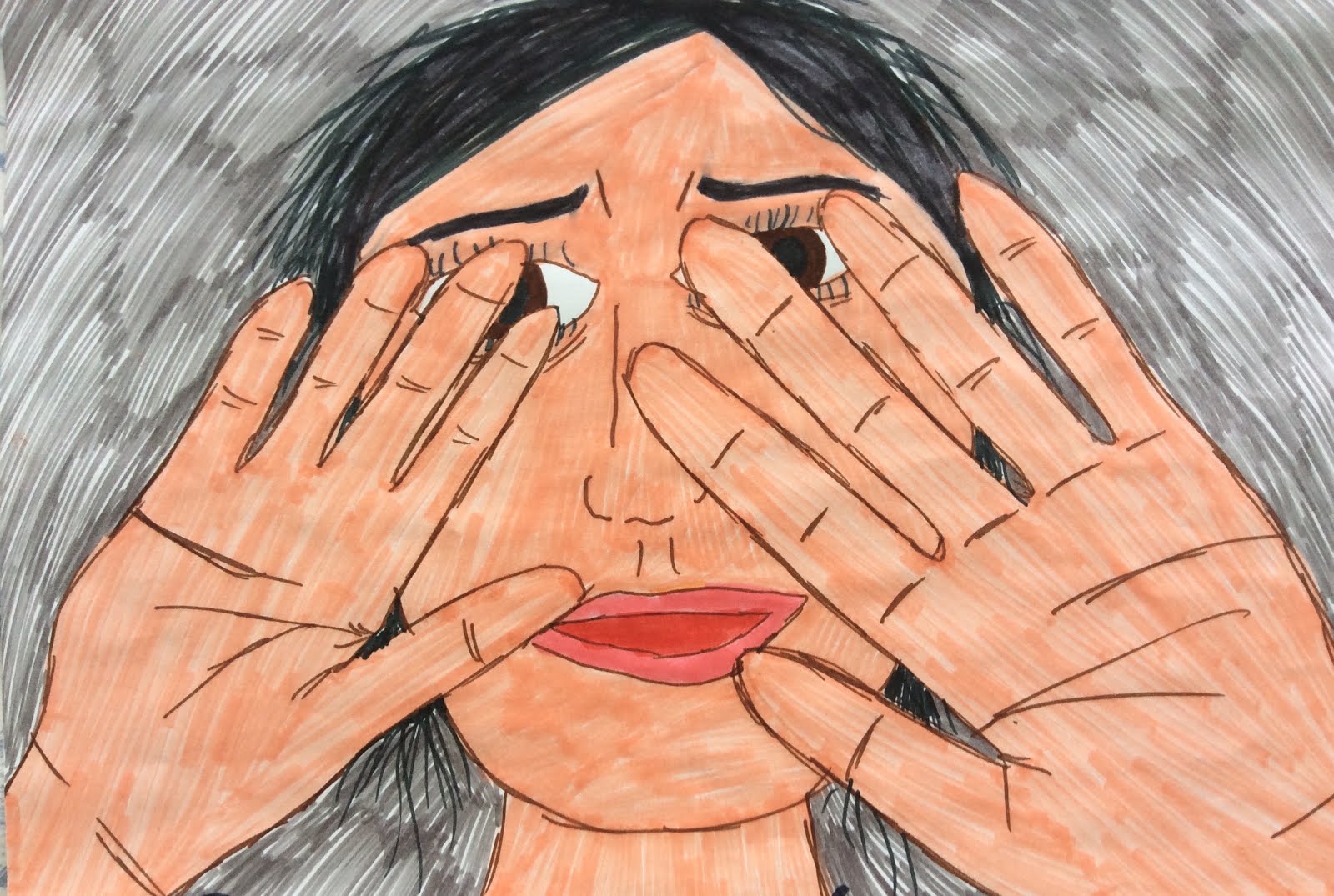 Trigger warning: This article discusses topics of sexual harassment and sexual abuse. If you or someone you know is currently being sexually abused, harassed, or is dealing with the aftermath, please contact the National Sexual Assault Hotline (1-800-656-4673).

I told him “no, no, we can do it later,” as I tried to push him off me, wanting his adulterous, pedophilic lips to get off my neck. I was terrified, thinking that if I rejected his advances, he would hurt me or become more aggressive. We were in the elevator going back up to his apartment, where his family consisting of his wife and two children under the age of 2, and my siblings stay waiting for us to come back with the groceries. I got back to the apartment and immediately told my sisters what happened, pleading with them to leave right now. We put our best, fakest smiles on as to not show any sign of unease. Once we got back to our house, I sat my mother down and told her that my cousin, someone from our family, someone I trusted, sexually harassed me. She looked down and said, “Don’t tell your father. These things happen, just don’t go near him that often.” And that’s what I did. We had family gatherings where I had to laugh along with everyone and pretend that nothing ever happened. I had to pretend that he didn’t cheat on his beautiful wife, someone who was there for him every step of the way. I had to pretend that those wonderful children didn’t have a monster for a father. I had to pretend like nothing had ever happened to me. Here, I’m smiling. Is that good enough?

I was the happiest I had ever been. I had a wonderful husband and two beautiful children. I lived with my husband’s family in Pakistan, taking care of my husband, his mother, and brother, along with our kids. We were a happy little family.

It started out with unwelcome gestures and lewd comments but escalated to my brother-in-law forcing himself onto me. I was terrified to tell my husband, thinking that it would jeopardize our marriage, but I didn’t feel safe. He told me to go stay at my parents’ house for a little while ‘until things blew over.’ A few days later, my husband told me to come back home because my brother-in-law ‘understood his mistake’ and vowed never to do it again. I didn’t want my family to think something was wrong; I couldn’t shame them for thinking I brought this upon myself. Nor did I want my husband to get angry with me for staying away from our home for so long, and so I went back to my own personal hell.

Things got worse. I tried to be civil with my brother-in-law, tried to smooth things over, thinking ‘boys will be boys.’ But he tried forcing himself onto me again.

I was sent to live with my parents again and, this time, I told them. I wasn’t scared of being exiled anymore. I was scared about losing my dignity, my safety, and wellbeing.

Two weeks later, my mother-in-law and husband came to visit me. I was ecstatic, hoping they had come with a solution in hand, but what I got instead was blame. They told me that I brought this upon myself for trying to be civil with my brother-in-law, for wearing certain clothes, or for being alone in the house with him. They took the word of my brother-in-law, who said that I accepted his advances and that I had wanted to be with him. They took his word. They wanted me to come back home because they had smoothed things over with my brother-in-law, yet again, and he vowed, yet again, not to do it anymore.

She was born in Canada. Her family had emigrated from Pakistan, along with her grandparents. She was 4-years-old at the time, and her uncle was 14. He preyed not only on her, but on her cousins as well, and this continued for six disturbing, confusing, horrifying years. She never told anyone. How could she when the threats he made terrified her to no end? She kept his dirty secret, not knowing how her parents would react. She kept quiet, understanding that because of cultural taboos, she could break her family apart if she spoke about it.

He was present throughout her life. The beautiful child he groomed eventually got married and became a mother with a daughter. She had tucked away thoughts of her abuse, hidden in the deepest crevices of her mind, until her daughter turned 8. Her repressed feelings of anger, hurt, and disgust were displaced onto her child and she realized she needed help. And she did get help.

But no amount of therapy or medication could relieve the symptoms of cultural stigma towards sexual abuse.

He’s a husband and father of three girls. He’s educated and even has a successful business. And she still has to see him at every family event, every gathering, forcing a smile, pretending that nothing ever happened. She’s still keeping his dirty little secret.

These three stories are all too common occurrences in our society, particularly among women and children. Precise statistics are not easy to come by since many individuals do not come forward and report these incidents based on a variety of factors – like how comfortable they are seeking help, how they have dealt with the abuse themselves, and circumstances surrounding the abuse. However, in the South Asian community, these factors are compounded by cultural values and taboos of izzat (respect/respectability), sharam (shame), and haya (modesty).

According to the US Department of Justice, an estimated 60 percent of sexually abused individuals know who their abuser was and another 30 percent have reported that the perpetrator was a family member. Where is all that talk about ‘stranger-danger?’ We are taught to trust those around us, trust our uncles and cousins, and trust our superiors. But it’s all too often that the trust is shattered along with the innocence and dignity of an individual.

See, in South Asian culture, which can sometimes be a patriarchal culture to say the least, the values of izzat, sharam, and haya often supersede the safety of an individual. Sexual abuse is not always about sex itself, but more so about gaining control over the abused. In a culture where men are often held to different standards than women, gaining control is fairly easy. As women, from birth we are often told to be the epitome of beauty, virginity, purity, and ladylike behavior. We have to keep our virtue, otherwise, it will bring shame to the family. People will assume that you were in the wrong for wearing certain clothes, for talking to the opposite sex, for being out past dusk, when the opposite is true for men. There is a stark contrast between the standards South Asian culture holds for women versus men. I mean, after all, ‘boys will be boys.’

So when something like sexual abuse or sexual harassment comes up, it’s a conflicting choice for women to go and seek help. Why?

These issues are very real and very damaging because internalizing women’s fears, their concerns, and their confusion could lead to long-term issues with their mental well-being. Even though the issue of molestation and sexual abuse has been coming to light more recently in the South Asian community, there is still so much work that needs to be done. Having to change the ideals and perspectives a culture has held so near and dear is not an easy thing to do.

But what we need to do is TALK about it. We must discuss it. We must normalize the treatment for sexually abused individuals. We must allow them to heal, to speak out, to receive help, and not force them to smile at every event where they have to politely interact with their abuser and pretend like nothing has happened.

This is a heartfelt plea to mothers, sisters, friends, and anyone in between. If you or anyone you know has been sexually abused, please:

This International Women’s Day, let’s stand up together to rid the stigma of sexual abuse, harassment, assault, and molestation. You are not alone. We will stand by you.