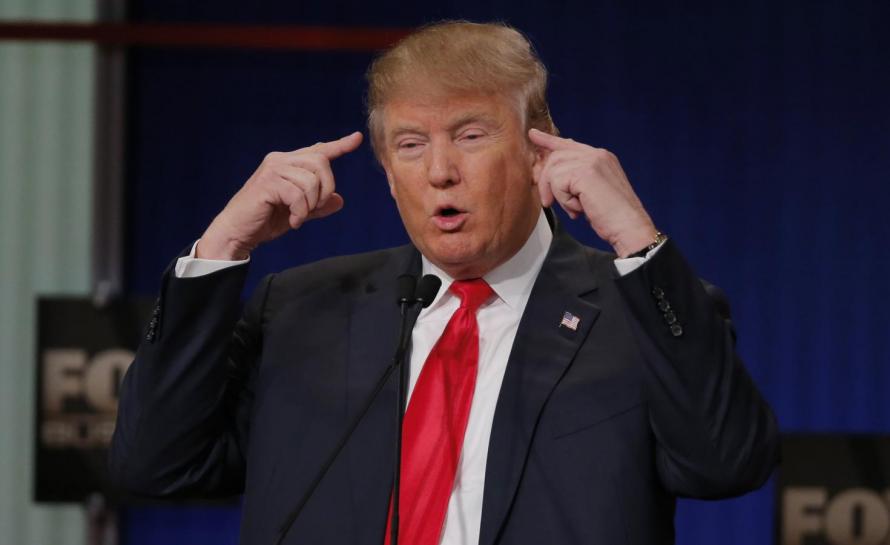 If there’s something Donald Trump has become famous for, it’s been his purposefully vague statements that can be left to interpretation. From casually declaring that Mexico would pay for a border wall between the two countries to making a baseless claim that former President Barack Obama tapped his phone or answering almost all questions without the proper facts, Trump is masterful in evading and lying.

As I’ve been watching many of his media clips, it struck me that his relationship with the United States, the media, and the public is one that I’ve seen many times before…similar to those of commitment-phobes. It’s weirdly illuminating to read these lines of thought side by side and to realize why half our population continues to believe him.

Here’s to bringing some humor to American politics.

1. “I’m looking at two-state and at one-state and I like the one that both parties like,” Trump said in mid-February. “I can live with either one. I thought for a while the two-state looked like it may be the easier of the two but honestly if [Mr. Netanyahu] and if the Palestinians, if Israel and the Palestinians are happy, I’m happy with the one they like the best.”

2. “The leaks are absolutely real…the news is fake because so much of the news is fake,” he said at a lengthy press conference at the White House last month.

Translated: “It’s true that I cheated on you, but it’s fake that I don’t love you, I still love you”

3. “A new Rasmussen poll, in fact — because the people get it — much of the media doesn’t get it. They actually get it, but they don’t write it. Let’s put it that way. But a new Rasmussen poll just came out just a very short while ago, and it has our approval rating at 55 percent and going up.”

Translated: “My friends get it, they understand why we don’t need to be in a relationship, they agree with me that it’s better that way…you just don’t see it yet.”

4. “We have to let people that can love our country in — and I want to do that. We want to have a big, beautiful, open door. And we want people to come in and come to our country. But we cannot let the wrong people in. And I will not allow that to happen during this administration.”

Translated: “I really want to be in a relationship, but I’m bad with responding to texts, answering phone calls or going on dates.”

Trump: Actually, I’ve seen that information around. It was a substantial difference, do you agree with that?

Person 1: I’ve never slept with anyone else except you

Person 2: I saw you hooking up with her

Person 1: Oh yeah … but I only kissed her, I didn’t sleep with her.

Translated: “It’s really hard to be in a relationship, it’s like there’s no space for me to do what I want.”

Translated: “I was really all in for this relationship, but then I saw you texting some other guy, so I thought it was okay for me to hook up with someone else.”

Translated: “I know that we’ve always had problems in our relationship, and I really want to fix that. See, that’s why I brought these flowers for you…to fix our problems.”

Translated: “I would never cheat on you, those other people…your friends …they’re just making it up, I would never do that, I love you. Don’t you trust me?”

Translated: “You’re always going to say that I’m irresponsible, it’s like I can’t do anything right. Just because I didn’t show up on time or I forgot where to meet you doesn’t mean I’m irresponsible … I’m not. You’re the one that needs to be more accepting.”

As we all know, there’s only one way to deal with these kinds of people in our lives — we have to leave them behind. Trump can continue believing his deluded reality, while we continue fighting forward.