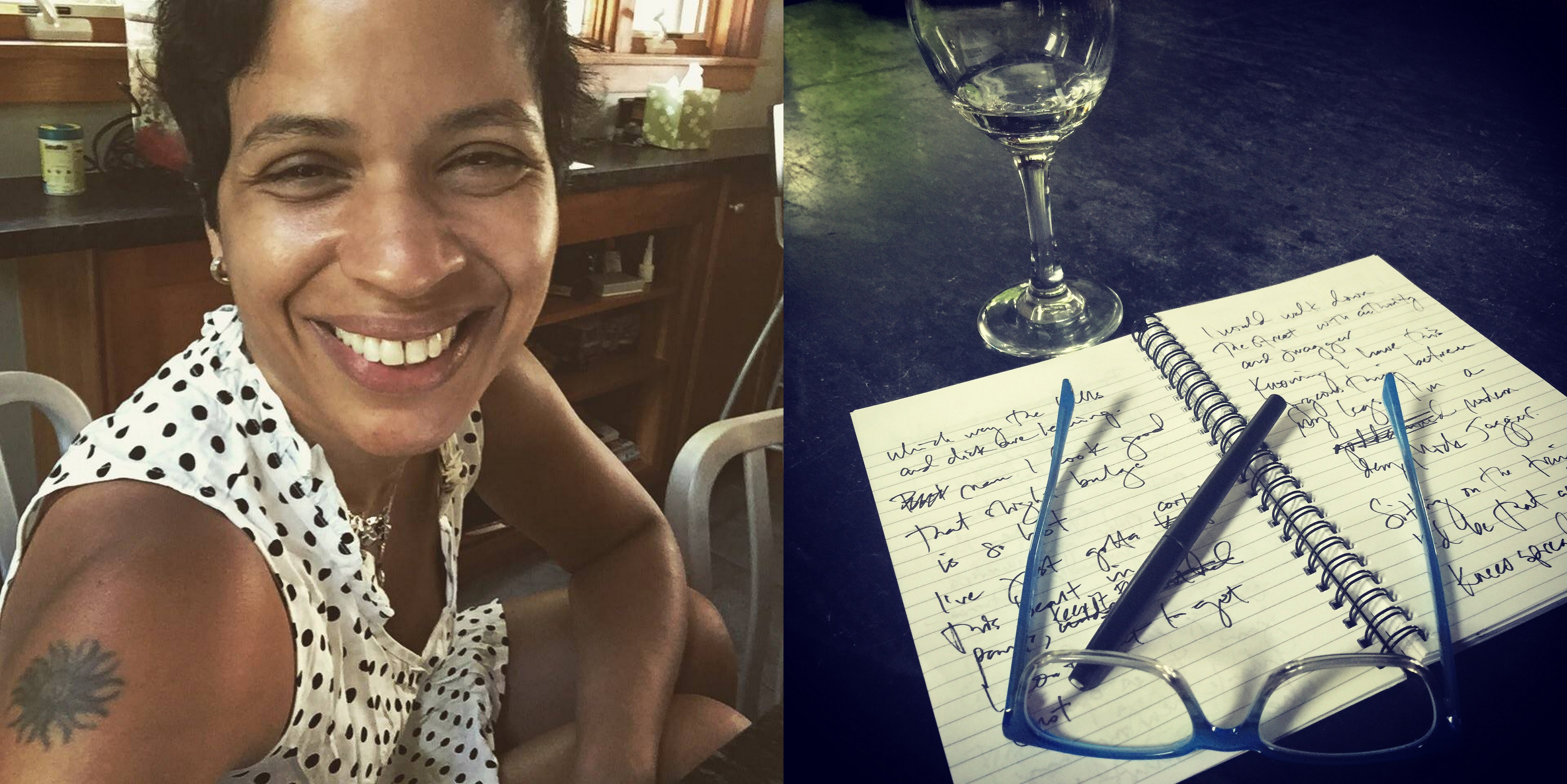 As a child, I have a distinct memory of my mom telling me that by no means did I need to be married to have my own children, that I could have as many children as I wanted on my own so long as I was able to care for them, that I did not need a man to have children.

Yes, my mom is amazing and progressive and wonderful—this I know. But that’s not what strikes me most about this memory. What stands out is my desire, even back then, not to be married.

I was never the girl who wanted the ring and the wedding and the man (or woman). I never fantasized about my wedding day or my dress or my name next to his (or hers). When other girls did the same, I wondered at their desire to be suffocated by another because in my mind that’s what marriage represented: a lack of freedom, a loss of independence, submission of my desires and dreams to another.

And yet, I was one of the first of my family and friends to get married.

I should have known when he told me to hide my engagement ring from his friends the same night he gave it to me that everything about what we planned was wrong. I should have wondered at his insistence we marry when he knew fully well I wanted to do nothing of the sort. In fact, I told him once while we were dating that I could be with him always—I was loyal and I’m a Taurus, for god’s sake—I just didn’t want to be married.

And yet, I said yes.

Throughout the years I’ve often thought back to the moment when I stepped out of the shower, wrapped in a towel, and he gave me the ring—I said yes. Why did I say yes when I knew in my gut, right away, my answer was no? Or that maybe we should do this some time later. Or maybe this is moving too fast and we should think about it a little more. Or maybe let me breathe, motherfucker, you already moved your ass into my apartment when you knew I didn’t want you to, now this, too?!

And yet, I said yes. 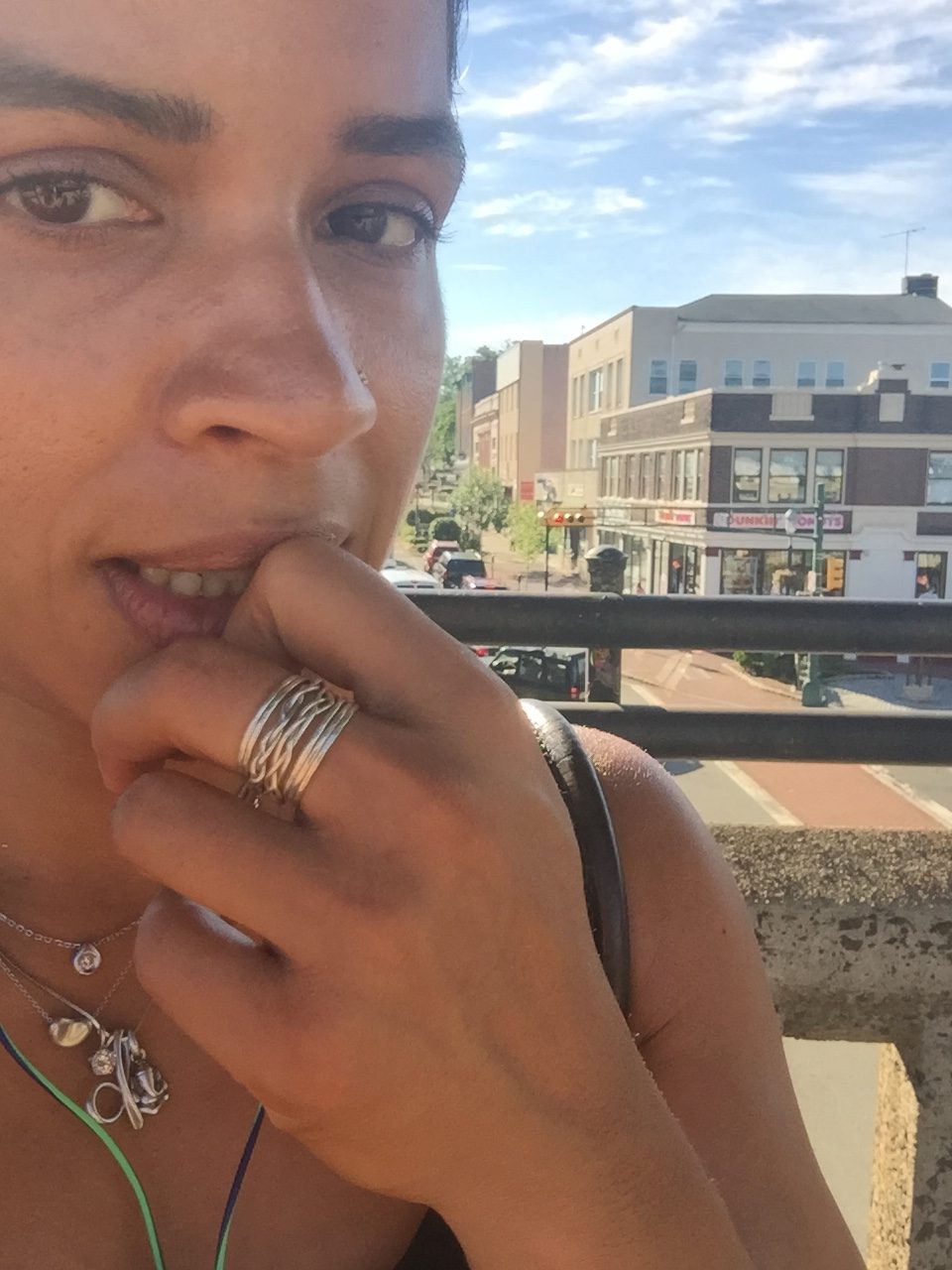 There is much about myself during those years I don’t understand, but mostly my inability to stand up to him—ever. Prior to him, I had always been in control, the holder of the reins, the one with all the answers, all the plans. With him, nothing of the sort. I gave in to all his demands and desires, setting mine aside to keep him happy and feeling like a man.

Because that’s what attracted me to him in the first place–he was a man among boys. He knew what he wanted, he was brilliant, he was sexy and he had a panty-melting voice. He took charge of a situation, made decisions, didn’t ask what I wanted because he could make that decision, too. And after a string of guys who couldn’t be bothered to make the most of their talent or brains, he was a breath of fresh air.

Little did I know the very qualities I found attractive in him would become the qualities I also grew to abhor, the qualities that left me gasping for air and wondering how to escape. And even though those qualities began to crawl under my skin during our earlier moments, I remained with him for seventeen years.

Because not for nothing, I was a perfectionist, so even when my life was not so great and I was hardly happy and I wanted out, I remained and made sure everyone, and I mean everyone, thought we were rock solid. To most who crossed our path, we were “that” couple and it was my job to maintain the image, not expose any of the cracks and fissures, the impossibilities of being “that” couple.

And then I started writing.

And then I turned forty.

And then everything exploded.

In an article on poetry and her work, Emily Carr discusses writing herself out of her marriage–the second I read that phrase, it struck a chord. It’s exactly what I did. 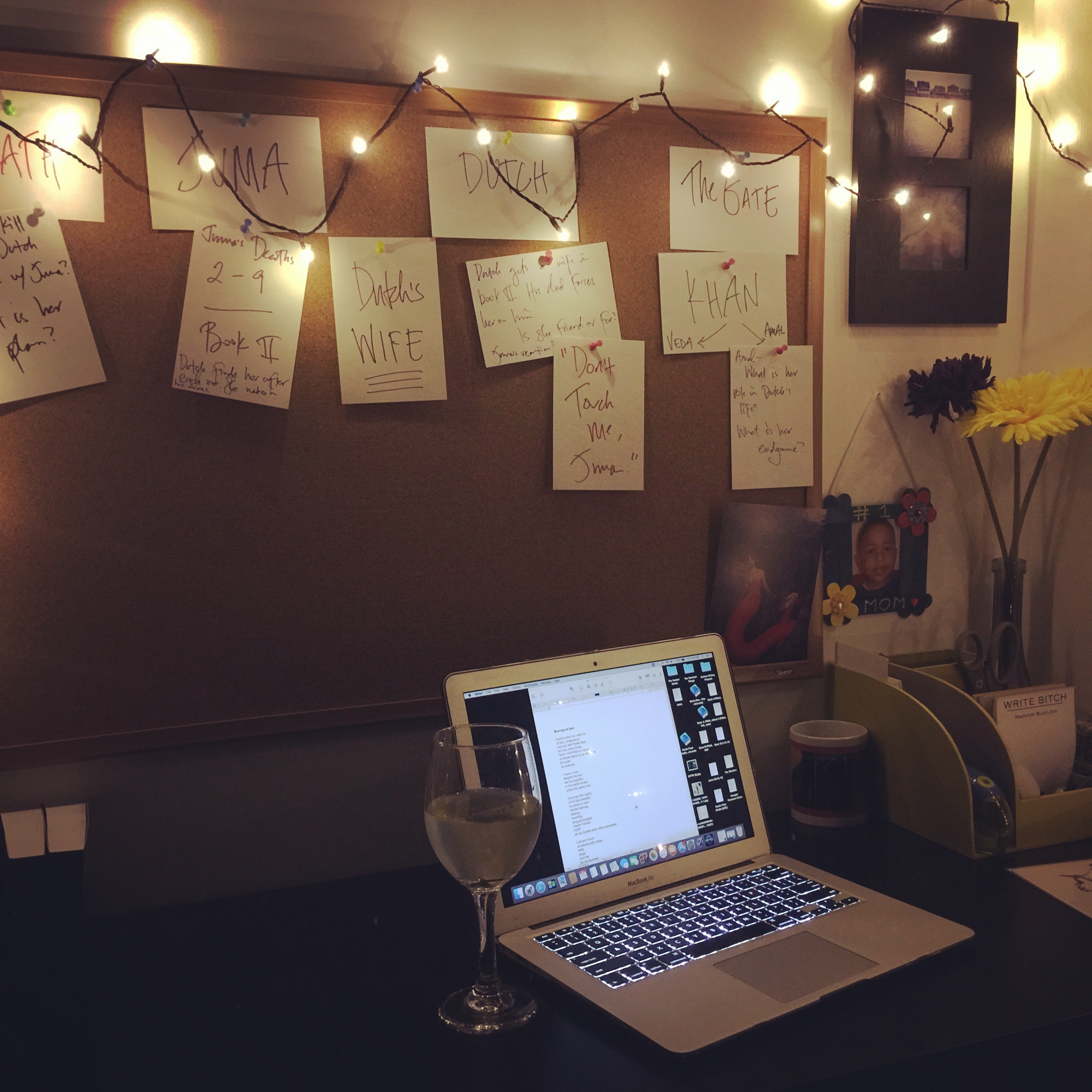 My worlds, my characters, my words–they captivated me in ways nothing or no one had or could. They empowered me, fulfilled me, became my obsession and once I gave them freedom and allowed them to escape the confines of my jumbled up, cramped-to-capacity, full of dragons and swords and skin-tingling sexed up brain they became my everything.

And wrote some more.

The words poured out of me, morning noon night, landing everywhere in our lives, taking up my time and space and affection, pushing him further into the recesses of my here-and-now, and in the process, they gave me strength and fortitude and goddamned motherfucking balls. And somewhere in all of that, I became me–ME–and he became not-so-important, rather insignificant, more an equal than someone to consider first.

He often asks in frustration and anger for me to list the things I did wrong in our marriage and because I do not want to engage him in such pointless conversation, I say I did nothing.

But I know exactly what I did.

And through writing, I rediscovered myself, that badass girl who loved her girlfriends and laughing until she snorted. And rough kisses and tangled bed sheets and whiskey and taking chances and the beach and the woods and living life loud and hard. And one who wanted freedom wrapped in tenderness and love, but most of all, freedom. Freedom to be herself in whatever form she might take at any given moment.

So I wrote some more. And kept hacking away at that thing called our marriage.

Once I found myself and stopped putting him first, all hell broke loose—gently in those early days, so gently we both believed we were having fun, but then not so gently. And even so, I kept writing and he complained and grew distant and changed, and I didn’t really care because I had my words and my strength and fuck him, this was about me—we’d done enough with him.

And yes, I did a lot of other things to destroy our marriage. I am far from perfect and I am most definitely not easy to love—impossible, if you ask him—but my main nuptial crime was finding my words because once I found them, it was only a matter of time before I would circle back and find myself and once I found her, the rest would be easy.

I never intended for this to happen and despite what he might believe, I never intended to hurt him, but I was never meant to be captured in a net and placed inside a jar. I was never the girl he imagined, I simply snuck into her closet and borrowed her clothes for a while, all to suit his purposes. And then…

And in the process, I gained what I’d always wanted, since I started asking questions, since I could remember: