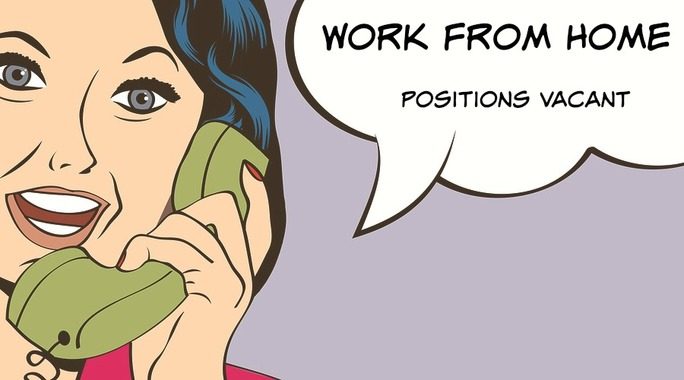 As a 36-year-old scientist, my job was previously based in Germany whilst my husband was in London,  and we had a long distance relationship, meeting every weekend for almost one and a half years. This also meant that I lived on my own in Germany throughout my pregnancy! Now, as a mother to a lovely 16-month old daughter, back in London, I started working from home three months after giving birth but was faced a lot of criticism, questions, and comments from stay-at-home mothers. I have been accused of depriving my child of its motherly love, being irresponsible as well as being faced with comments such as:

“What’s in having a career? Being a mother is the best thing in the world. Your husband earns enough, so you don’t need to work. There are mothers who stay at home by choice as their husband does not FORCE them to to work!”

What I failed to understand, is that my child’s father never received such comments, even though he started working just weeks after the baby was born. I do not judge stay-at-home mothers, so why do I get judged as a working mother?

Yes, a mother does play a major role in the initial months, especially if she decides to breastfeed. However, in my view, my choice to work is not going to affect the bond between mother and child, especially when in the first six months the baby spends most of his/her time sleeping! If, as a mother, I have a career, how does that deprive my child of my love or how does that make me irresponsible? If anything, my child will grow up to admire, respect and, above all, take inspiration from me.

So do women in today’s day and age work only because their husbands don’t earn enough and therefore women of the family have to work to put together the finances? My answer is a big fat NO! This assumption from friends and certain family members is not only derogatory to women but a big insult to men too. My husband and I maintain our households and lifestyle in the two countries on our own individual incomes. I know many women who earn more than their husbands, hence a salary at the end of the month is not the only reason why women work.

Of all the comments, however, what struck me the most was the word ‘choice’. I have read so many blogs on stay at home mothers on how this was a lifestyle or career choice they chose to make. And it makes me scream out a question in my head,

“Is it really a choice?”

We live in a society where women are made to believe from the time they are born that being married, delivering children and looking after the family is their major purpose in life, which doesn’t always apply to just the South Asian society. Look at all the toy stores that sell dolls with kitchen sets aimed at the girl child, there are no such toys available for a young boy.  My first time shopping experience when looking for toys for my baby girl was not only shocking but also very difficult, as I could not find any construction or non-pink toys in the girl’s section.

Therefore, if society conditions a woman’s brain to believe that being a full-time carer and nurturer is their sole purpose in life, then are stay-at-home mothers really making a choice?

Indra Nooyi, the CEO of PepsiCo, said in an interview with David Bradley at the Aspen festival in 2014:

“I don’t think women can have it all. I just don’t think so. We pretend we have it all. We pretend we can have it all. My husband and I have been married for 34 years. And we have two daughters. And every day you have to make a decision about whether you are going to be a wife or a mother, in fact many times during the day you have to make those decisions. And you have to co-opt a lot of people to help you. We co-opted our families to help us. We plan our lives meticulously so we can be decent parents. But if you ask our daughters, I’m not sure they will say that I’ve been a good mom. I’m not sure. And I try all kinds of coping mechanisms.”

Does her husband think the same way about not being a good father because he works? If women of such stature who have achieved career success, which some of us aspire to, are made to feel this way about motherhood, then, of course, it is no surprise that so many women choose to stay at home rather than being branded as inadequate mothers.

When our baby was nine months old, I had to go away for a week for an international conference, and I received a message from a friend saying “who will look after your baby when you are away?” I replied that it would be the father who will look after OUR baby, and he had taken a week’s holiday to do so. And the reply I received to that shocked me, “he is a father, he can’t be the mother!” to which I stated,

“My husband doesn’t need to be a mother to look after our child, its called PARENTHOOD not motherhood. He only needs to be the father. Our baby loves being with him as much as she loves being with me.”

My husband and I always refer to our daughter as our baby, why then does the responsibility of a child’s upbringing predominantly come onto the mother? Where does the ‘He’ in ‘our’ get lost and why does the ‘he’ never get questioned? I had to be very strong willed to continue on my career path without feeling guilty, and the strength and determination for this stem from my upbringing and my husband.

How many of us can take on this fight with the society which makes us believe that going to work means not being a good mother? Why should we have to spend our energy on fighting such mindsets of the society rather than just concentrate on our work and be more productive?

In today’s age of feminism, which most people assume this to be “doing everything that a man can do,” is a working mother making the choice of working, or is she doing so because that’s her way to prove she is a feminist? A friend of mine admitted she continued to work after having children because she wants financial independence and she doesn’t want to do the household chores. However not doing household chores should be a responsibility that is shared by both the partners. So is a working mother in today’s day and age doing so for respect and because she does not want to ask her husband for money?  Shouldn’t she be respected and loved for just being a person?

However, doing household chores should be a responsibility that is shared by both the partners. So is a working mother in today’s day and age doing so for respect and because she does not want to ask her husband for money?  Shouldn’t she be respected and loved for just being a person?

Working or staying at home for a mother will be a choice if and only if, there is no guilt connected to it, with no reason to ‘have it all.’ It has to be because she has the passion for the work she is doing because she is born to do that work and achieve milestones in her career.

Vineeta is a passionate scientist working in the field of neurodegenerative diseases and cancer. She is also a mother of a 16-month-old baby, a daughter to brave parents who supported her decision to relocate to the United Kingdom from India at a young age and a wife to a husband who wants to see her being successful in her career.