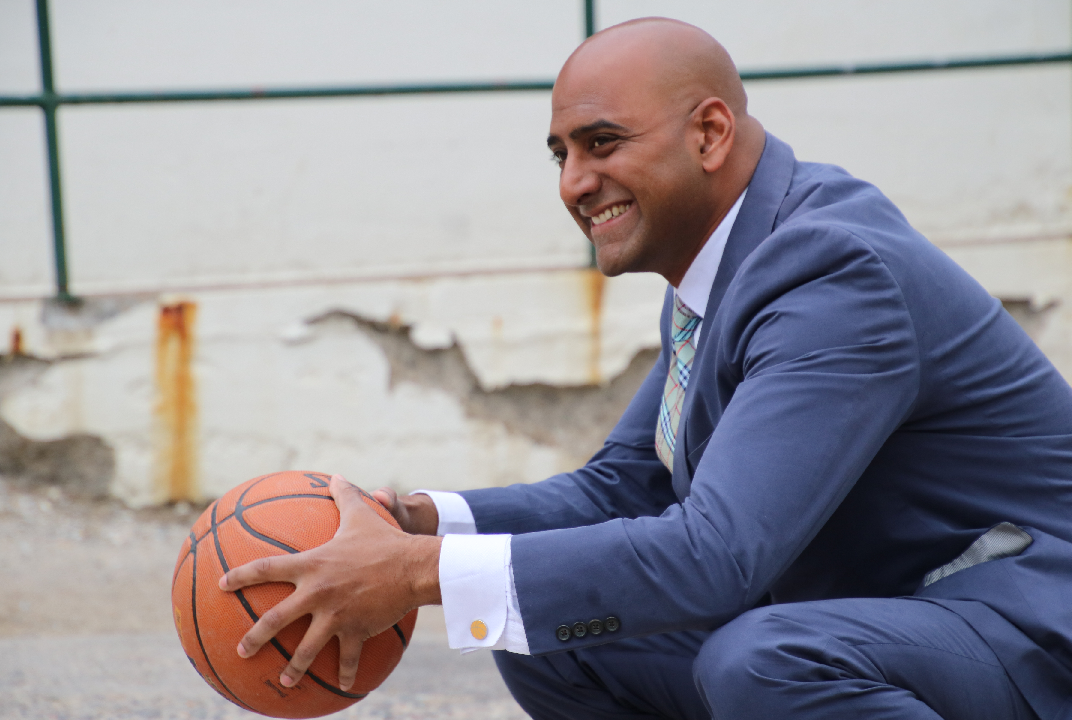 Shaun Jayachandran is the founder of Crossover Basketball and Scholars Academy (aka Crossover Academy/Crossover), which works towards changing the pathway of low-income marginalized students in India by engaging educators and schools to participate in a program designed to teach leadership, gender equity, and critical thinking. The program emphasizes attendance and completion of school and connects lessons to the students’ education, community, and family. Shaun is also an educator who has taught chemistry and worked in admissions, coached varsity basketball and football, and led diversity initiatives while he created and grew Crossover. He has given a TEDx, been the chief guest to speak at schools, been honored and recognized by the Philadelphia 76ers, been featured or included in over forty articles, and participated and presented at Indiaspora.

“I’m not trying to find the Indian version of Michael Jordan or LeBron James. But I believe we have found a way to help marginalized students in India complete their education. I am the founder of Crossover Basketball and Scholars Academy.

The mission of Crossover Basketball and Scholars Academy is to increase education and graduation rates in India through the use basketball as a vehicle of change (which also includes classroom, conditioning, and yoga sessions) in marginalized communities. The program imparts values of leadership, gender equity, character, teamwork, and communication. Most Crossover Scholars come from families who earn less than $3/day. 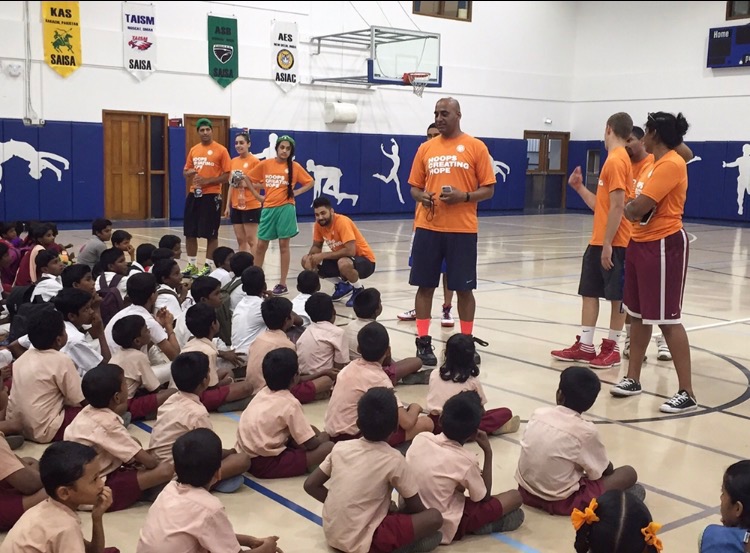 I was born and raised in Calgary, Alberta, Canada. I moved to Northern Virginia at the age of 16 before going on to college. I then went on to major in chemistry and minor in journalism before going on to get a master’s degree in educational leadership. I have taught science and math, lead diversity and inclusion initiatives, and coached varsity high school basketball. Over 40 of my players went on to play in college institutions, like Kentucky, Maryland, Virginia, and UMass. I feel blessed to have been coached by Bill Sweek (who won three rings at UCLA under the leadership of John Wooden and Kareem Abdul-Jabbar). I also got to learn from Chuck Driesell (son of Lefty Driesell) in the Washington Catholic Athletic Conference.

I was raised by a blue-collar, tough-as-nails father who was full of love. My mother was born and raised in an orphanage in Chennai. Back in the fifties, my mom was able to find sponsorship for her to complete high school and college. Then there’s my dad, a man who landed with $6 in his pocket in Canada as a mechanic. Twenty years later, he again immigrated to the U.S. to allow his sons the best opportunity for college and their future. Let’s also throw in the fact that—now, at age 76–he is volunteering for the third straight summer with Crossover in India. So while I do get the accolades for Crossover – my parents are not just the real MVP’s but the real heroes of the story. I’m a continuation of their story. 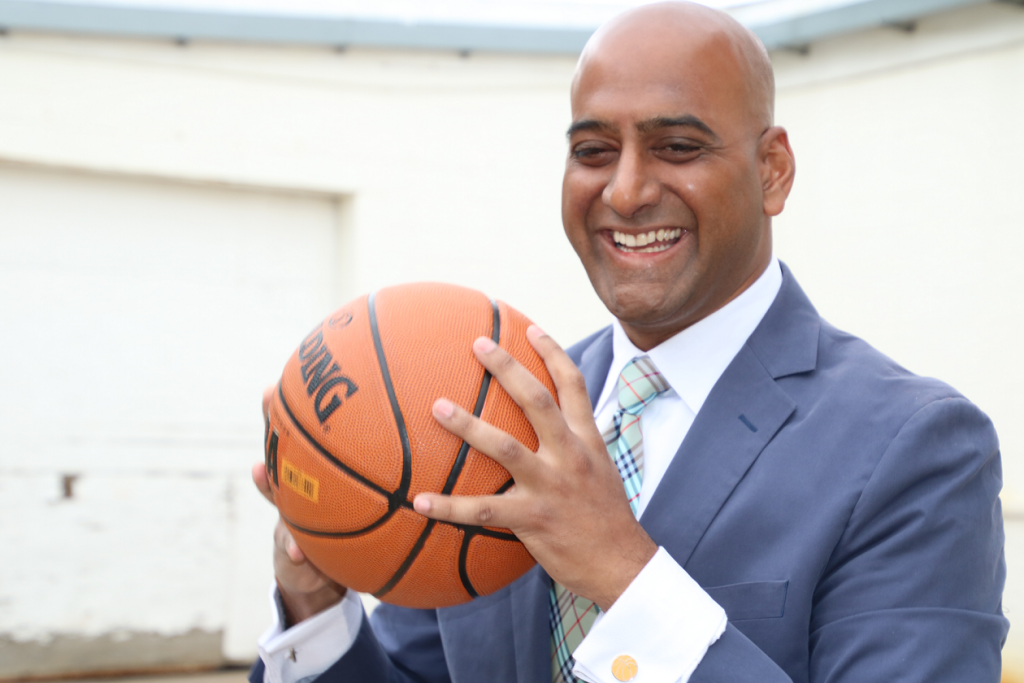 Using basketball in India allows us to create gender equity because it’s not a common sport, like soccer or cricket. The boys can’t exclude the girls. We are committed to having a minimum of 50 percent female participation in our programs and have accomplished this every year.

We teach leadership, character, teamwork, and communication. The youth take these skills from the court back to their classrooms, communities, and families. Involving high school and college student-athletes as volunteers allow the Crossover Scholars role-models for them to connect with and create bonds. Additionally, each of our volunteers is consistently writing blogs, recording vlogs, reflecting with their teammates, and being present in the moment rather than looking for their next Instagram or Snapchat photo of the day.

Using free play and structured play is an effective way to connect with young students. It allows them real-time critical thinking practice and the knowledge that they can recover from mistakes. It promotes a space where youth are allowed to make errors instead of being influenced by a fear of being wrong. We can impact generations of children and their families to realize their passions and therefore create a better world for all of us.

The craziest part of all of this is that we are accomplishing this with ZERO paid employees. Everyone is a volunteer (myself included). Our average cost is $90 US per student, or $9/day. This includes the cost of purchasing each child a basketball, a Crossover jersey, facilities, and transporting each year’s team from the U.S. to India. We still need to find our signature platinum donor and corporate sponsor that will allow us to scale this impact from 500 scholars to 5,000; from 5,000 to 15,000; and from 15,000 to 50,000. 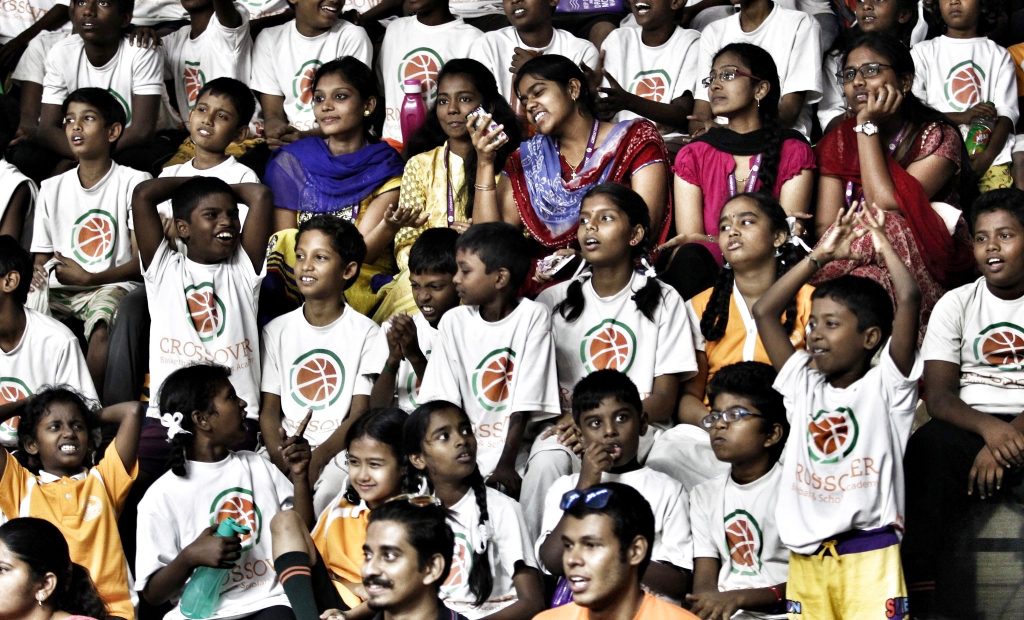 This program works. Students stay in school and enjoy the process of problem-solving, of being good citizens, and championing themselves and their classmates. This isn’t simply rolling a ball out there and watching kids run around but rather a thoughtful and impactful curriculum that uses play as a catalyst. While the countrywide drop out rate for students before the age of 14 is 65 percent in India, Crossover Scholars drop out less than 15 percent after attending our program.

We are at a place where we can go far beyond just being doctors, lawyers, and engineers but creating systemic change and helping others achieve each of their dreams.

This year’s program will have 15 volunteers traveling to Chennai. They will land the morning of June 22 and return July 9. All of it will be documented on social media. The team will be joined this summer by a journalist and photographer from SLAM Magazine to document the trip in a long form article to share with the global basketball community.