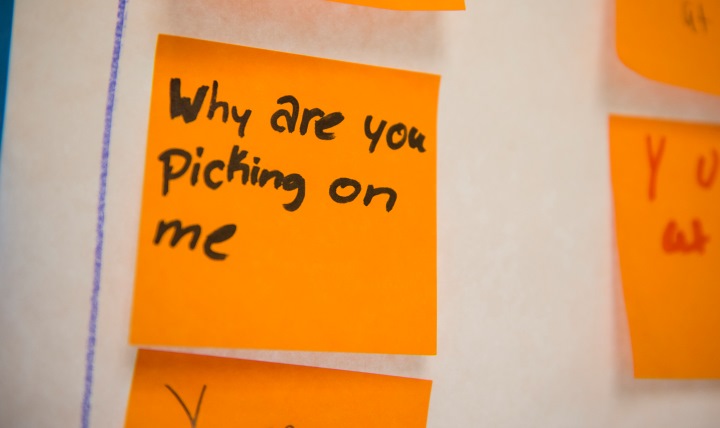 The sad demise of US rock star, Chester Bennington, who chose to leave the earth plane in July, still lingers on my mind.  A victim of child sexual abuse at 7 years old to a supposed male friend, 10 years his senior. He was afraid to ask for help in case he was deemed as gay or lying. He wasn’t South Asian or a descendant, yet subject to the same taboos that are still deeply ingrained in our culture.

He’s been on my mind. So have Robin Williams and Phillip Seymour Hoffman to Jiah Khan, if I bounce from rock stars to Hollywood and Bollywood. All of them gave way to the same dire way-out sign that has stolen so many famous names from us.

Yet, this is far from just a celebrity affliction. The tragic truth is that suicides are on the increase, with India and China accounting for 30% of all suicides, as reported by the World Health Organization. They estimate that approximately one million people die from suicide each year. That’s one death every 40 seconds, but it’s predicted to rise to a staggering one death every 20 seconds, by 2020.

It’s a topic at the forefront of my mind, as I was working all hours recently, ever since my filmmaker friend approached me to collaborate on a film project together. We submitted our first ever application for funding for a short film I wrote, ironically called Lifeline, which is loosely inspired by my own experience of wanting to end it all.

The ultimate message of the narrative is to open up and talk about mental health – a rhetoric that must keep repeating until we breakthrough en masse.

I was a victim of not talking on two accounts. I was bullied from the age of 4 to 12 years old. I couldn’t speak out, not even to my parents, as I didn’t wish to cause any additional trouble with some select schoolgirls, (my tormentors), whom I naively longed to be friends with. Being the only brown girl in my class wasn’t doing me any favors either. While I liked Mars Bars, a well-known chocolate bar in the UK, I didn’t wish to be called one.

The second account is following my psycho-spiritual crisis, also known as a spiritual emergency, which is lesser known within mainstream mental health. In Hindu and indigenous philosophies, it’s called a kundalini awakening or dark night of the soul. The individual undergoes a radical transformation of spiritual proportions and emerges anew – but it often coincides with mental illness.

It triggered back in 2008, soon after I lost my dad, a relationship and freelance marketing contracts, all within a hundred days of one another. I began to hear voices and have visions, on top of the grief and depression I was suffering.

Never did I imagine I’d openly share about these, for fear of being ridiculed and judged.

The first six months were the toughest assault on my mind, and I would’ve happily switched myself off. I’d regularly see murder, rape, even child sex abuse, playing like a horror movie in my mind’s eye, and I’d never had a hair touched on my head. I often wished that I’d never wake up. Despite all the pain and confusion about my experiences, I knew deep down that I was undergoing more than just a biochemical imbalance.

My family wasn’t your traditional South Asian family who brushed taboo topics under the carpet for fear of shame or family honor. We were open with another and could talk about most things, yet I couldn’t talk to them about these visions. I also refused to see a doctor, whom I felt wouldn’t understand. And so I remained shut down and harbored it all.

[Read More: With My Mental Illness, One Thing Led to Another]

After a year and more had passed, I stumbled on the word spiritual emergency and delved into books written by progressive psychiatrists and psychotherapists, before I eventually spoke to a professional who was versed in this. The heavy weight finally lifted off and the healing began. Meditation, exercise and a healthy diet were some of my rescue tools, often advised to many a mental health sufferer.

As for those horrific images, I discovered they were past lives of mine, which had unlocked due to the trauma of my losses. Thank goodness for my Sikh heritage. Had I not believed in reincarnation or past life, it would be hard to accept. I still see and hear, but no way to the same extent. In fact, sometimes it’s pleasant and insightful.

The stigma of mental health was a tough nut to crack back then and, had it not been for the recent spate of media to help raise awareness, perhaps I wouldn’t put myself on a public podium. But I made it, wear the t-shirt and now share my story to encourage others who have bottled up their own mental suffering, whatever the source, to free the chains of their mind. Don’t shut down like I did and talk to someone who understands.

As for the way-out, perhaps it would never reach a crisis, if we are received, and receive others with open arms. Through the practice of acceptance and non-judgment, no matter of one’s color, belief, sex, or age, taboo can become table talk and we’ll be better human beings all around. Perhaps we’ll even manage to help someone choose the right course – one of life.

If you need to talk to somebody or know anyone who does:
In the US, the National Suicide Prevention Hotline is: 1 800 273 TALK
In the UK and Ireland, The Samaritans hotline is: 116 123
In Australia, the crisis support service Lifeline is: 13 11 14

For anywhere else in the world:
Befrienders Worldwide – volunteer action to prevent suicide 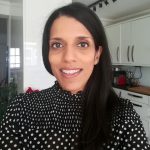 Gee Sahota is a British-Asian and London-based writer, producer and blogger whose focus is to raise awareness of mental health, spiritual crisis (aka spiritual emergency), and empowerment of women, through the medium of film and writing. You can follow her on Twitter, Facebook or visit her blog (a somewhat humorous blog with a big mission), where she chronicles her personal and film journey towards fulfilling her dreams.