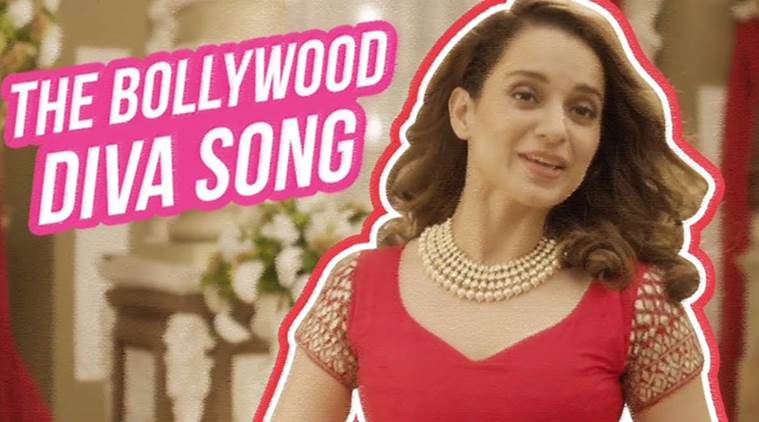 Kangana Ranaut just shut down the debate regarding sexism, nepotism and prejudice in Bollywood with one fell swoop in her new video collaboration with All India Bakchod.

Ranaut has always stood as a staunch supporter of gender equality in Bollywood by delivering excellent female-led films, speaking up about women’s rights and going as far as demanding pay equality with the Khans. She even created controversy around herself this year when she took on Karan Johar and his posse by calling them out on their nepotism and unfair practices. The backlash against her has been strong. But that didn’t stop her from answering back in a bold way.

In the video, Ranaut has to work with a misogynistic director who objectifies her and treats her like a prop on set. He makes her participate in a demeaning item number while patronizing her and her talents. Meanwhile, he welcomes the male lead (hero) of the film not unlike a dramatic Dharma Productions mother awaiting her precious son. Ranaut also earns brownie points for using Johar’s melodrama to spoof the moment – an astute jab at her feud with him.

So, what is a smart, capable actress to do when she is facing a sexist production and an insultingly reductive role? She sings and dances her critiques through a perfectly choreographed item number, of course! 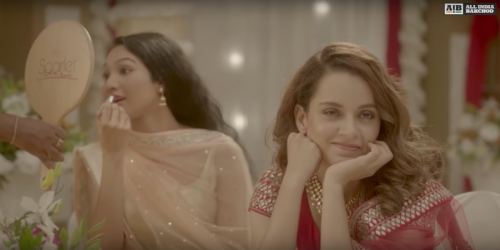 Set to the tune of “Chittiyaan Kalaiyaan,” “’Cause I have Vagina” lays out the sexist treatment actresses receive in Bollywood. Ranaut cleverly criticizes the unhealthy diets, objectification, media scrutiny, pay inequality, one-dimensional roles, ageism, and name calling women in the industry have to put up with, which men frankly don’t. She does this all while satirizing item numbers, a sexist and harmful trend which has taken over Indian films in the last few years.

Through her batting eyelashes and sweet smiles, Ranaut systematically takes down the industry which lauds itself for feminist movies on-screen, while doing little for the women after the camera stops rolling. Let’s also not forget that she even called out the song “Chittiyaan Kalaiyaan” for objectifying female wrists – a much-needed message an industry like Bollywood needs.

Ranaut also delivered a perfectly constructed answer to the nepotism debate she has found herself in the middle of for the past year. This controversial topic erupted when Kangana Ranaut did an interview with Karan Johar on Koffee with Karan and called him out on his nepotistic ways. Ranaut appeared on Johar’s show and boldly called him a “flag-bearer of nepotism.” On account of this debacle, Ranaut found herself on the receiving end of backlash from the industry where nepotism is still a thriving practice. 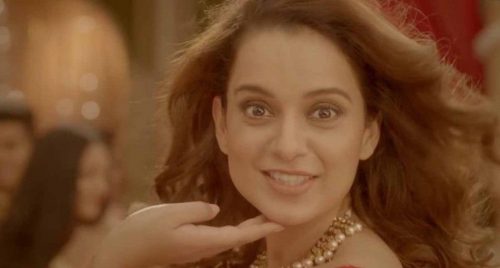 In the video, Ranaut also tackles the privilege that comes with having famous, rich, and established parents in the industry, delivering the perfect response to the likes of Karan Johar, Saif Ali Khan, Varun Dhawan, and more who sought to defend the preferential treatment they received.

With this video, Kangana Ranaut and AIB prove that Bollywood still has a long way to go when it comes to how it treats women. It’s no secret that Bollywood has become an elitist inner circle which often feels disconnected with its audience who pay good money for their entertainment. It is sexist, discriminatory, and reductive. And when women, like Ranaut, dare speak up, they are quickly shunned. While some improvement has occured, Ranaut, AIB, and many people believe there is still much progress to be made.