The power of understanding stems from having an open mind. From the possibility of the paranormal to a converted Westboro Baptist Church member, these ‘Technologies, Entertainment, Design’ (TED) talks will bring about a new perspective to its audience.

1. “I grew up in the Westboro Baptist Church. Here’s why I left.” — Megan Phelps Roper

Since she was about five years old, Megan Phelps-Roper found herself a frequent participant in the Westboro Baptist Church protests. Back then, she truly believed the extremist views of this church, notorious for its hate speech against groups including LGBT people and Muslims. After several insightful Twitter conversations, Roper began to doubt her community, and in 2012, she left the Westboro Baptist Church. In this TED Talk, Roper explores the complexity of humanity, perspective, and hate.

“Once I saw that we were not the ultimate arbiters of divine truth but flawed human beings, I couldn’t pretend otherwise. I couldn’t justify our actions — especially our cruel practice of protesting funerals and celebrating human tragedy.”

In 1993, El-Sayyid Nosair and other men planned out a dozen terrorist attacks on New York City landmarks. Although most were disrupted by an FBI informant, the 1993 bombing of the World Trade Center was not. Zak Ebrahim, Nosair’s son, was raised to discriminate based on race or religion, t came to realize the flaw in this mindset. This is Ebrahim’s story.

“My father exposed me to a side of Islam that few people, including the majority of Muslims, get to see. It’s been my experience that when people take the time to interact with one another, it doesn’t take long to realize that for the most part, we all want the same things out of life. However, in every religion, in every population, you’ll find a small percentage of people who hold so fervently to their beliefs that they feel they must use any means necessary to make others live as they do.”

3.“A scientific approach to the paranormal.” —Carrie Poppy

Nine times out of 10, the supernatural is invalidated by science. But these odds still allow for the possibility of an incomprehensible force. With a paranormal scare disproven by science, Carrie Poppy delves into the “truth” in her TED talk, specifically inner and outer truths and the importance of differentiating them.

“Now, yes, most of these searches will come up empty, but that’s how all of science works. Every cure for cancer so far has not panned out, but we don’t stop looking, for two reasons. Because number one, the answer matters. Whether it’s looking at the afterlife or the paranormal or the cure for cancer, it all amounts to the same question: How long will we be here?”

4. “My son was a Columbine shooter. This is my story.” — Sue Klebold

On April 20, 1999 two teenage boys, Eric Harris and Dylan Klebold, planned and executed a shooting at Columbine High School in Littleton, Colorado. Harris and Klebold killed 13 people and wounded at least 20. This event sparked heated debate on gun control, school safety, and mental illness. Sue Klebold, Dylan’s mother, is a devoted activist for mental illness awareness and intervention. In this TED talk, Sue is on a quest for answers related to the effect of mental illness on teenagers.

“Today, I’m here to share the experience of what it’s like to be the mother of someone who kills and hurts. For years after the tragedy, I combed through memories, trying to figure out exactly where I failed as a parent. But there are no simple answers. I can’t give you any solutions. All I can do is share what I have learned.” 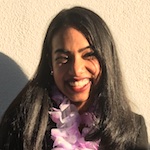 Sriya Reddy is currently attending Southern Methodist University in Dallas for the next four years. She is planning on pursing the Pre-Medicine alongside a Journalism major. Reddy is active in her high school’s publication, the Plano West BluePrints and also a bharatanatyam dancer. She is hoping to have a future in medical journalism. Some of her hobbies include writing, taking Buzzfeed quizzes, and going to museums.