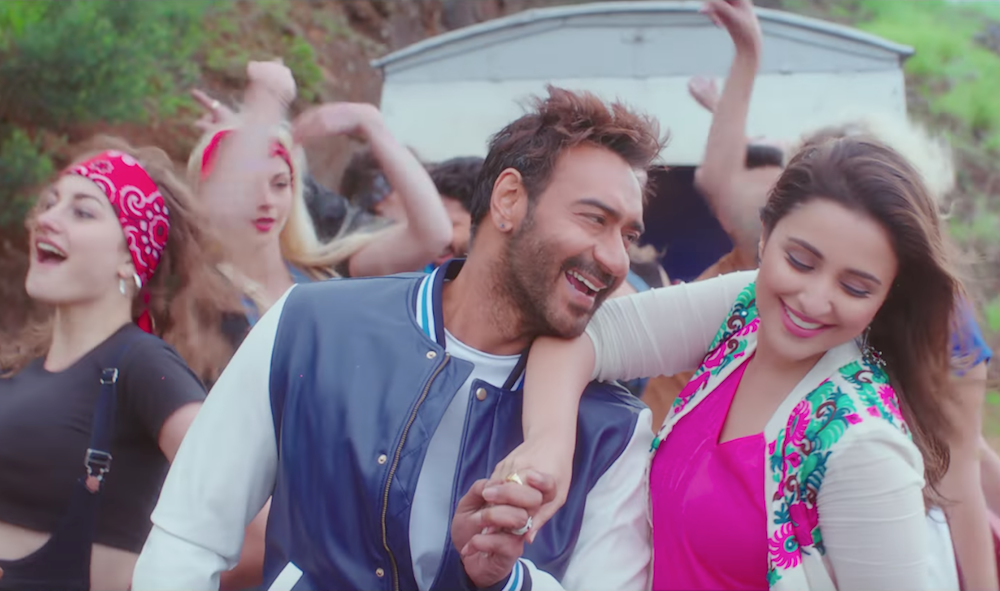 Bollywood is obsessed with remakes and remixes right now, and the new song from “Golmaal Again” — “Maine Tujhko Dekha” — is just the tip of a very irritating iceberg.

The song is a remix from the 1990’s hit song “Neendh Churayi Meri” from the classic film “Ishq,” but unlike its predecessor, the “Golmaal Again” song (and in some ways, the film itself) are the epitome of so many problems with Bollywood movies for the last several years.

You know what song I loved? “Humma Humma”—the original. You know what’s a club banger? “Tu Cheez Badi”—from the ‘90s. Sometimes the mixes work —“Chalti Hai Kya 9 se 12” is kind of irresistible—but the way to find that out isn’t by repackaging every classic song many Bollywood fans grew up with (sometimes the movies too).

In addition to the music, the choreography—while cleaner and more challenging than the original—just feels like it’s trying too hard.

If you don’t speak Hindi, allow me to share what the opening dialogues of this song say:

“What are you afraid of? The age difference? Every girl looks for a father figure — she has the figure, and you’re the father.”

This scene was vetted by writing, production, direction, and the actors in it. Literally, dozens of people allowed this conversation to happen, thinking perhaps that if they acknowledged the discomfort of 48-year-old Ajay Devgn romancing 28-year-old Parineeti Chopra it would somehow make it okay. It becomes a punchline, we laugh, and then…they go through with it anyway.

A Bollywood producer told me in 2013 that actresses pique by industry standards between the ages of 23 and 28. By contrast, he told me the men are supposed to be at their most bankable between 45-52, which means these are the age groups acting together on screen as love interests.

This is a newer trend in the 21st century, driven, in part, by the rise of male actors with long-term profitability and star power like Shahrukh Khan and Amitabh Bachchan before him. Audiences still show up in droves to catch either man in theaters, while the same can’t be said of their female contemporaries. But that’s a systemic problem, and the solution isn’t to pair young women with older men, but to take bets on women older than 28 to carry a film — maybe even give them complex roles, but I don’t want to get too crazy.

Many international entertainment industries, especially Bollywood, still place a perplexing premium on youth, even though a significant chunk of the world’s population is over 30 (and honestly no one under 10 probably even cares). For movies to resonate with wider audiences, they should reflect the age groups they cater to: All of them.

Notice one thing about the “Neend Churayi Meri” video from 1997; the background dancers. They’re not expert dancers, sure, but all the women in “Maine Tujhko Dekha” are white as heck. This is pretty much the norm in modern Bollywood for turnt-up item songs and club bangers, and there is so much wrong with it. It’s whitewashing our own culture for ourselves in our own movies. In the country of fairness creams, it sets an impossible bar for Indian women— to look like an item girl means to literally become white.

‘Golmaal Again’ is already a smash hit like the other ‘Golmaal’ movies before it, proving to Bollywood big wigs that all of the above is what audiences want to see, even though the film succeeds in spite of those things. But at this point, in 2017, with the content being released by Y Films and AIB, we deserve to ask for smarter, more respectful comedy. Sadly, for the time being, mainstream Bollywood seems unlikely to provide it.