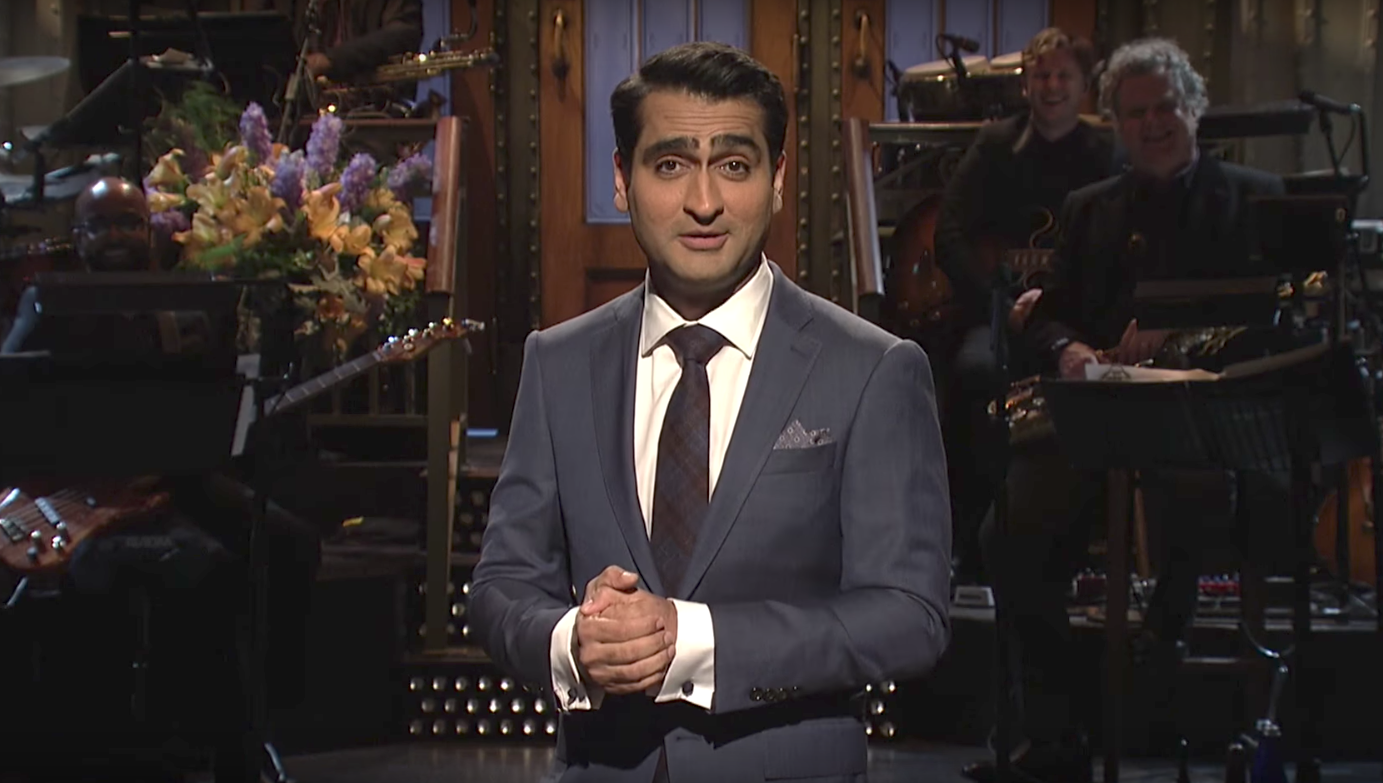 The world was introduced to Kumail Nanjiani and his comedy brilliance this past weekend for his “Saturday Night Live” debut. Fans of HBO comedy “Silicon Valley” or of the movie “The Big Sick,” which came out this summer, won’t be surprised by Nanjiani’s comedic skills. The rest of the audience, however, was in for a treat.

From the start of the episode, Nanjiani’s standup monologue was not absolutely hilarious and the highlight of the episode, but it was also real and relatable. It was easy to connect with everything Nanjiani said, and the fact that he is the first Pakistani-Muslim to host “SNL” makes that relatability all the more special.

Nanjiani fearlessly tackled interracial relationships, racism, and the rise of Islamophobia in the monologue. He started off by quickly talking about his relationship with his wife, a white American woman, and how their relationship was made public thanks to their film, “The Big Sick.” Now the movie was well-received (it sits at 98% on Rotten Tomatoes, and it made $42 million domestically, $52 million worldwide!), but also earned some negative reviews because, you know, “haters gonna hate.” Nanjiani pointed out one of the comments about how the viewer didn’t enjoy “race mixing.” Yikes.

To the unaware, most South Asian people and countries probably look the same. It was fun to see Nanjiani just really hit the right note about this subject. He’s often told to “go back to India,” a country he’s never even visited. In one of my favorite bits, he tells us his fantasy, which is to save someone who was racist to him just so he can tell them “that is the way of my people!”

After integrating a witty “Will & Grace” joke while talking about how Islamophobia is really having a moment right now, he talks about wrong assumptions about the Quran. In one of his final jokes of the monologue, he brings up the dilemmas faced by Sikhs. They wear a turban and are often attacked because they are assumed to be Muslims. However, he manages to integrate humor on a topic this serious.

Actually, that was the whole selling point of his monologue. It was about serious social issues the world is facing today but to make sensible humor out of it all, now that’s an art. Nanjiani’s standup act stood out even more because most of the sketches in the episode weren’t up to the mark.

Besides the ever glorious Weekend Update, the best sketch was undoubtedly “Kellywise the Clown.” Of the sketches that Nanjiani was a part of, “Hotel Check-In” brought out the best of his dry humor. He nails all the expressions and dialogue delivery. P!nk’s performances were swoon-worthy and electrifying.

One of Nanjiani’s most gif-able moments from the show came at the end. While thanking everyone from the show, he bid goodbye to the audience by saying “believe woman,” in connection with the Harvey Weinstein scandal. Anyone who follows Nanjiani knows how vocal the actor is about all things Trump and any other issues we face. It’s no surprise he took a stand on “SNL.”

Kudos to him and to the show for inviting him to host. First Aziz Ansari and now Nanjiani—we can’t wait to see who else rocks the South Asian representation at Studio 8H.