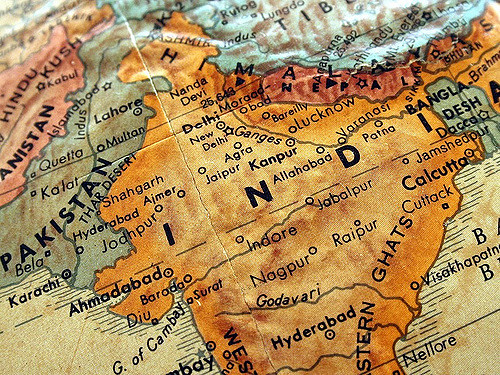 1922, In Kenya, Jahan, we call you Mama, the mother of my mother’s mother is born and to India, like birds in the spring, they return
Searching for the faith that beats like theirs, she was washed over by Islam
Her family patient in the tide of Hinduism

1937, A new boy at the piano lesson, Faizal Malik,
he was the whisper of harmony and she was the murmur of melody

1939, Together, they were truly marvelous
Declaring their being of marvelous through the sound waves that are the radio, their voices projected through family barriers
You bearers of five girls, one of them I call grandma

1947, The Partition of India history books have termed this,
The separation of sisters you have lived.
Pakistan for the Muslims!
India for the Hindus!
Not once more will your melody murmur to your family

1952, A car has crushed half of your marvelous
Lahore buries the councilman, and five daughters bury a father, You fend alone
Mama, my great-grandmother, your fingers are the point of a needle scratching the doors of a school
Your daughters own the right to education

1965, Your bindi-wearing, sari sporting, daughter weds the army colonel
And four children they bear, one of them I call Mom
And in their bones are your colors

1970s, Grandma is globally owning her right to education
Along with the colonel, the four children she bore are now under your care

1982, Pakistan is now deprived of Mother’s presence
Her feet now prance through what is 110 st and Broadway
Owns her right to the education you dreamed to stir into reality
Your colors permanent in her bones
Your mehndhi stained on her hands

1988, Pakistan is now vacant of my father’s presence
New York gains a developer of the city,
But five siblings stretch thousands of miles to reach a brother

1993, Mama, the strong woman you are
You have been so strong, the architect of your body injected a weakness
Breast cancer, they title it
Defeated, you label this

1996, The attachment of my mother and father represented as two rings
Together, they were truly marvelous

1999, Two years after my sister, I was born with your colors permanent in my bones
And your bindi stuck to my forehead
Mama, I am the tsunami that pulled your faith
And washed it over the world

2002, My brother now enters the sunlight we stand in
He is brought into our world
With her colors in his bones
He is part of our stream

2004, Mama, of the five daughters you bear
The one I call grandma has lost half of her marvelous,
He was invaded by cancer, but the architecture of his body let it take power
Four children bury a father, eight children bury a grandfather
And your daughter buries half of her marvelous
Grandfather, I still see you in the flicker of flames I stare into
And the shadow that trees project over me

2005,  My youngest brother is brought into our world
He enters the wave my siblings and I have commenced

2014, Mama, I can no longer look into your eyes or hold your hand
Flooding myself with the memories I have written into songs
To silence your pain

In my wave,
I have owned the rights your needles for fingers scratched for me to have

In my wave, I have washed over the world,
Continuing the energy of your movement. 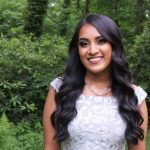 Sara Zulfiqar is a college freshman at NYIT. She was always involved with writing, literature, and art at her high school and was Editor-in-Chief of her school’s literary and art magazine, Vintage. Her Pakistani background has been a strong force of my identity and reflects heavily in her writing. This is a poem she wrote about her great-grandmother, the strongest matriarch she has ever known, living through the partition of India.