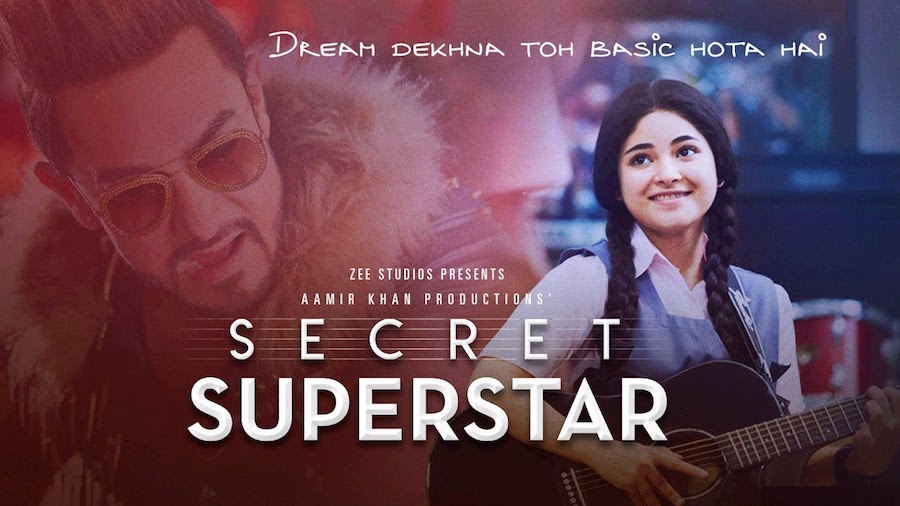 Growing up in a brown household can be tough. Why? Because the moment we’re born into this world we are expected to become what our parents have dreamed for years about.

Sadly, sometimes those things, specifically professions are not the ones we ourselves want to pursue in life. If you aren’t good in math or science you’ve got yourself a major problem. (No exaggeration). You are most commonly given three choices; doctor, lawyer, or an engineer. Creative fields are highly looked down upon. Aamir Khan raises this issue in his new movie “Secret Superstar.”

The story follows a 14-year-old girl named Insia who comes from a city called Baroda in India. The trailer shows she has an impeccable voice that she would love for the world to hear, but her father won’t approve of such an idea. She comes from a conservative family with old-fashioned rules with an old-fashioned mentality It seems as though her father believes a girl shouldn’t be dreaming of such things.

With disapproving parents, Insia decides to take the matters into her own hands and uses tools already available to her. She uses the power of YouTube and other social media outlets to show the world how well she can sing. She makes sure to have her face covered so her father won’t find out what she was doing.

Her mother wants to be supportive but she seems to be pressured to agree with her husband and his wishes. I’ve seen and heard this happen so many times, which is actually really sad, but I’m very pleased to see that this is another issue being raised. A woman should have a voice for her opinions as well, one can’t be dominating over the other all the time. Raising a child is a team effort!

The heartwarming story behind “Taare Zameen Par,” and the way Aamir Khan handles issues involving parenting and children, leads me to believe that “Secret Superstar” will do well. Unlike many recent Bollywood movies that use men to tell a female story, I think the message in “Secret Superstar” is not just directed towards girls, but towards everyone. The issue of pursuing something that actually gives you happiness isn’t always the option people lean towards because you don’t necessarily get that support for it. The support tends to come after you’ve achieved the dream, which is why you really should never let anything get in the way of that dream.

One slight quibble: From the trailer Aamir Khan’s rockstar character seems to be a little cheesy. But let’s hope I’m wrong!

I can tell Zaira Wasim, the girl who plays Insia will get a lot of recognition after this release. She’s adorable, and I think she fits the role of Insia perfectly. You’ve probably already recognized her from the movie “Dangal,” which showed the box office power of telling stories with women more in the forefront.

If you haven’t already, check out the trailer and head to theaters on October 19th to find your inner superstar!