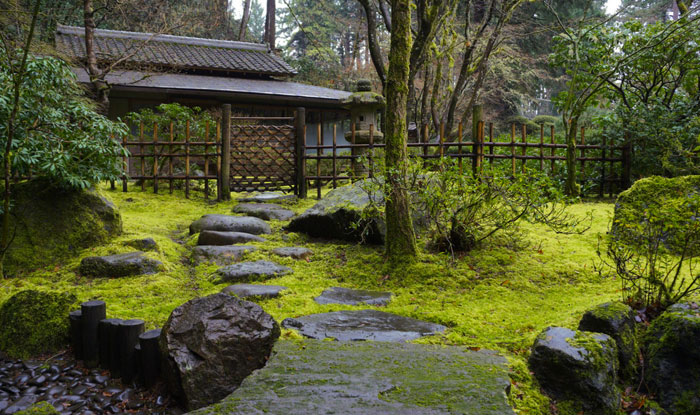 As we come to the end of my travel diaries in Portland, Oregon, here’s the last takeaway I want you to walk away with: Portland is gardens galore!

The city has tons of parks and gardens. They love nature here and celebrate it every chance they get, which is frankly just awesome. The Japanese Tea Garden is the largest of its kind outside of Japan itself. Tourists come from far and wide to visit this impressive attraction. The garden is enormous and filled with traditional statues and bridges. They even have koi in one of their small ponds!

[Read Related: Here’s how one BG Found out What it Means to “Keep Portland Weird”]

Even if you want to go to the tea garden to have some excellent Japanese tea, it’s worth the visit. Their cafe called Umami serves delicious mini pastries alongside three different types of tea. It’s an experience in itself to share a cup of tea here with your friends and have people dressed in kimonos waiting on you.

Exactly adjacent to the Japanese tea garden is an International Rose Garden. It has over 50,000 types of roses, and it’s free to visit! There are multiple gardens with a slightly different set-up. The roses even have creative names like “Hot tamale” or “Over the moon,” for entertaining visitors.

Our next stop was Pittock Mansion, literally a big mansion built by one of the wealthiest families in Portland. It’s cool to enter and see the old-style furniture and such, but as someone who has seen this in different settings with a variety of historical backgrounds, Pittock Mansion was just short of impressive. In fact, I enjoyed the beautiful view of the city from the mansion more than the mansion itself.

After a delicious late lunch at a pizzeria on the infamous and hipster-ish Mississippi Ave., we decided to continue exploring. The street had everything from your average cute boutique clothing stores to a shop that sold taxidermied animals and whale testicles (weird, huh?). The store was incredibly intriguing! Another one sold fat slabs of pink Himalayan salt and local Oregonian dark chocolate. They even had a mortar and pestle chiseled out of the Himalayan salt!

An unexpected place for dinner, called the Original Dinerant, served us mouthwatering boozy milkshakes with ice-cream, coffee, and Kahlua along with crispy chicken burgers (easily one of my favorite meals in the city).

On our way back to the Airbnb, we passed a man in one of those green patrol vests holding a hawk wearing a helmet in his hand. He was petting it and ordering it to do something—I caught “Crow Patrol” written on his vest. Yes, it’s a legitimate concept in Portland. Essentially, the local government thought there were too many crows in the city and wanted Crow Patrol to bring in falcons and hawks to scare the crows away.

I don’t know about anything else, but the Crow Police is definitely keeping Portland weird.