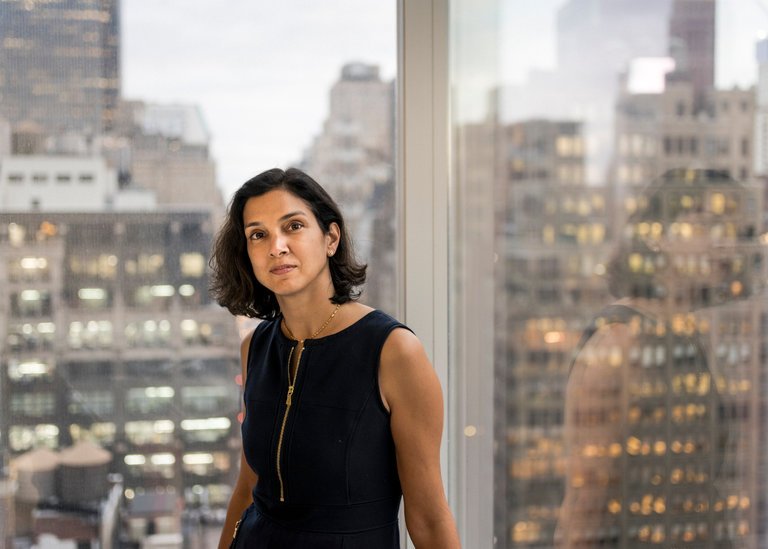 Born and raised in New York City by an Indian mother and American father, Radhika Jones is quite the successor for her time. Jones completed her undergrad at Harvard before heading to Columbia where she received a Ph.D. in English and Comparative Literature.

Upon completion of her education, Jones kicked off her writing career at the Moscow Times as an Art Director before joining the Paris Review as a managing editor. She then transitioned to TIME where she was part of the editorial team up until 2016, where she then joined the New York Times as an editorial director in the books department.

That is, until last Monday when Condé Nast announced that Jones would be joining Vanity Fair beginning Dec. 11, as their new Editor-in-Chief.

Yet during her first visit to Vanity Fair’s HQ in Manhattan, things took a Devil Wears Prada approach as fashion editors of Condé Nast were not impressed by Jones’ choice of outfit. Reports flooded the Internet saying the editors were “aghast” of her style.

In fact, Women’s Wear Daily reported that while making conversation with industry peers, one fashion editor made remarks on Jones’ outfit choice, saying it was “interesting” while another sneered, “I’m not sure if I should include a new pair of tights  in her welcome basket.”

Some outlets reported even Anna Wintour fixed one of her “trademark stoic glares” upon Jones’ hosiery throughout the entire meeting.

Not only was this wrong, but it is rather disgusting that in a room filled with such great talent, the only thing that the editors could fixate their eyes on was Jones’ hosiery (which if you’re wondering—consisted of fox-print).

Okay, so yea, we get it. The fashion industry is highly coveted, rigorous and cutthroat and it’s often mistaken that individuals must dawn themselves in couture to fit the part—however, was it not Wintour who once said,

“Create your own style. I’m not interested in the girl who walks into my office in a head to toe label look that’s straight off the runway. I’m interested in a girl who puts herself together in an original independent way.”

To be targeting and undermining  an individual for their choice of attire rather than focusing on their knowledge and experience is a shame—and something that in 2017, really should not be happening.

With that being said, we choose to acknowledge Jones for her phenomenal work over the past few years that granted her the position to become not only the first person of colour to become EIC of Vanity Fair but for also becoming the first Indian-American EIC for any prominent U.S. Magazine.

This is a huge win for the South Asian community—more specifically young brown women pursuing careers in more artistic fields as we are rarely seen or appreciated outside of the stereotypical fields people relate us to such as medicine and engineering.

So, do your thing, Jones! Trust, we will be rocking fox-printed tights in the very near future.