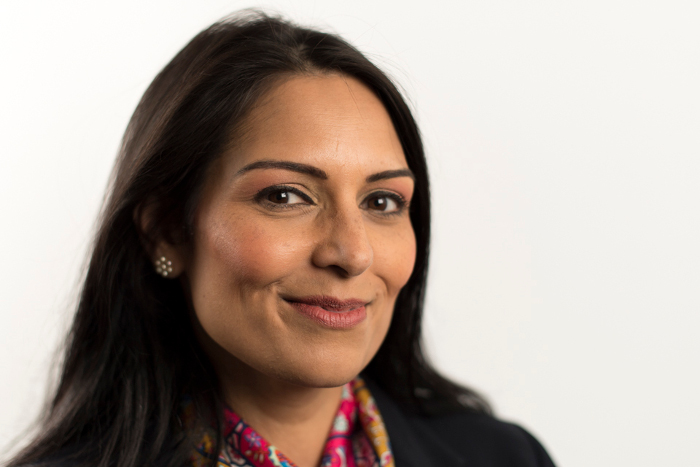 As a member of the South Asian community and someone trying to enter the political field, I know what it feels like to try and claw my way to the top of a ladder — to prove myself in a community that is often critical of my choice. Therefore, when someone does break the mold, it is often celebrated — such as the election of Sadiq Khan as the first Muslim Mayor of London.

Similarly, where there are reasons for celebration, there are also situations which make me feel that the community is forced to take a few steps back. Priti Patel, who recently resigned from her post was the former U.K. Secretary for International Development in the British Conservative party, is one of those examples.

In August, Patel traveled to Israel during a recess that was being held by the U.K. Parliament, claiming it as a family holiday. It was during this twelve-day break, that it was believed she had several unofficial meetings with different members of Israel’s government, including Benjamin Netanyahu, the Israeli Prime Minister.

It was also revealed that once Patel was back in London, she had asked her department in Parliament about the possibility of directing aid through the Israeli army to Golan Heights, a move that was immediately rejected by officials because of the UK recognizing the area as still being a part of Syria.

Earlier this month, sources revealed that U.K. Prime minister Theresa May, and Boris Johnson, U.K. foreign secretary, were both made aware of the trip — what came afterward can only be described as a total free fall.

Patel claimed to a newspaper that Johnson knew about the meetings but later retracted her words once more details became known to the public. In a matter of a few days, Patel was called back from a trip to Africa and subsequently resigned from her post. The Prime Minister swiftly made a statement that while meetings between officials of other countries were accepted, they needed to go through the proper channels and not break the ministerial code of conduct.

In a lengthy statement, Patel claimed that the meetings were very innocent in nature and were a result of her “enthusiasm” at wanting to strengthen the ties between the U.K. and Israel and it was regrettable that her actions had been misconstrued.

In my view as an outsider, this scandal not only sets back the U.K. government in the eyes of the people, but it also clouds Patel’s reputation among the South Asian community. Her contradictory accounts of her trip in August, as well as the breach of protocol in failing to declare the meetings display very lackluster behavior, which not only reflects on her as a person but also the Department for International Development — the department she presided over.

Of course, having enthusiasm for your work is important, but not in a way that not only creates suspicion for yourself, but also the government you represent. Not only was it unprofessional to have these meetings without prior consent, but dangerous as well. Many meetings that are set up between officials concerning foreign policy (especially ones that take place outside the U.K.) are often given safety procedures in order to allow for the security detail to keep the officials safe. She went into these meetings without security clearance, a chance that should not have been taken considering the current tension in many parts of the world.

When Patel was first elected last summer, she was touted as the first Indian origin person to sit in the cabinet of the U.K. Prime Minister. With her induction came the pride of the South Asian community at having of one of their own sitting at the tables of the big dogs.

She was seen as a good asset to the community, often bridging the divide between Britain and India on official meetings. She gave the South Asian community something to be proud about. Her resignation, which seems very much to me like a re-packaged sacking, feels a bit like a letdown. And while there are many in the South Asian community who still support her because of the status of her previous position, there are many like myself who believe her conduct negatively reflects on many.

Having already lost a lot of hope in the U.S. government with the recent actions of Donald Trump and those in his cabinet, I still put a lot of hope on the U.K. government to provide some stability and structure. This new debacle in the form of Patel and her breach of conduct does not make me feel at ease, rather the exact opposite.

Not only is it a blow to many in the U.K. who already believe that the Parliament is fragile following Brexit elections, it is a blow to a community who held Patel above their head as a torch for representation in the U.K. and now have to look elsewhere.