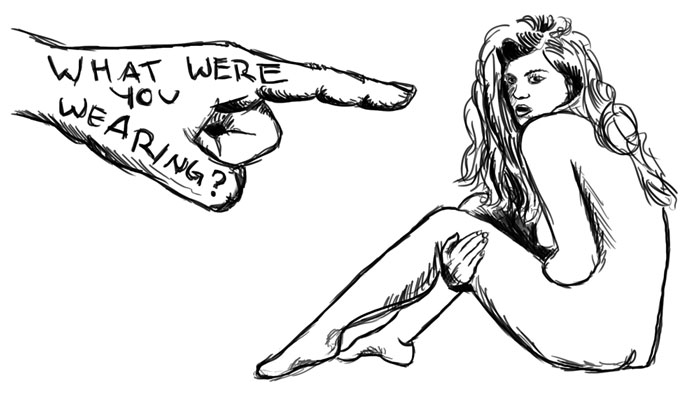 “Why didn’t you just toughen up?”

The above statements are examples of blaming the victim. When bad things happen to someone, some people are quick to assume that you did something to deserve it. After all, the idea is that you could have avoided the situation if you just did things the “right way.” Since you didn’t do what someone else thinks that you should have done, you’re blamed for a perpetrator’s actions towards you.

The fact is that you’re not responsible for someone else’s actions towards you. You may think that victim-blaming is just a South Asian thing. But victim-blaming is said to happen in America more than other parts of the world. Think about it. American culture is an individualistic culture, where the individual is seen as being in control of their life circumstances. You’re expected to take personal responsibility for whatever happens to you or you’re wrongfully seen as blaming others for your problems. When things don’t turn out well for you, this leads others to think:

“What did YOU do to bring that upon yourself? This will NEVER happen to me because I am not going to do what you did.”

[Read Related: Eradicating Violence Against Women and Victim-Blaming in Kerala]

Some people also think that a victim can easily fix the situation, which isn’t true. Just walk away, ignore them, fight back, do this or do that, is advised to victims. But what if you’re in a situation where doing that can aggravate things? A victim’s situation isn’t always that simple. If things were that easy, there wouldn’t be any victims in the first place.

“This won’t happen to me because I am a good person. The world is a just place. Everybody gets what they deserve.”

You may ask me,

Honestly, think of the last time you blamed someone. Did it make the victim’s problems go away? Did the victim thank you for being such an inspirational person in their life? Did the victim increase their respect for you? Probably not.

Think of the last time someone blamed you for being sexually assaulted or abused. Did it make you feel better? Did you learn something valuable from the person blaming you? Did the victim-blaming prevent you from something bad happening to you?   Probably not.

Think of the last time you blamed yourself for the bad things that have happened to you. Maybe you chose to believe the lies that people told you about how everything is your fault. Did blaming yourself make your situation better? Did blaming yourself prevent you from being abused again? Probably not.

Victim-blaming perpetuates shame, guilt, self-loathing, and doesn’t solve the problem itself. Victim-blaming may discourage people from asking for help. Victim-blaming continues to make victims feel vulnerable and misunderstood. Victim-blaming lets perpetrators get away with their actions, so that they can go on to abuse someone else. If something doesn’t work, why do it?

If we want to help those who have experienced misfortunes and suffering, let’s listen to victims first. Instead of being quick to jump to conclusions about their situation, let them tell you their story. Try to understand where they’re coming from. The less likely you are to fault someone, the more likely a victim will be able to see you as a reliable person that they can turn to for help. The more someone trusts you, the more open they are to accept your help and advice. The more you communicate kindly without blaming and shaming someone, the more helpful you will be to victims recovering from what’s happened to them.

Rupali Grover is a licensed clinical professional counselor who has worked with survivors of sexual assault and trauma. You can catch her writing on elephantjournal.com, introvertdear.com, and survivortoday.org.