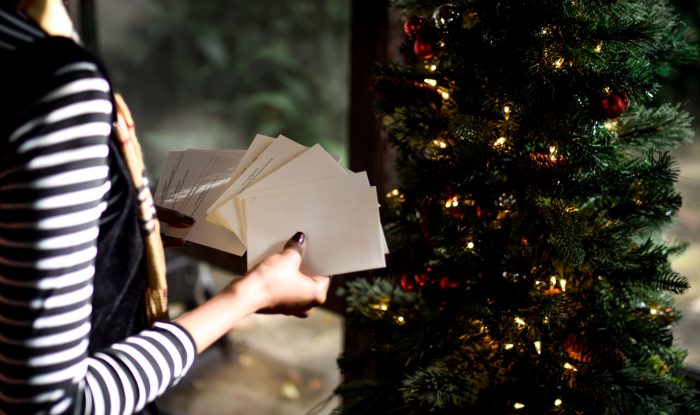 Ahhhh Christmas cards. Americans send more than two billion cards each year! Those post office employees have my prayers haha. What’s funny about that statistic is that I never received a single Christmas card until I got married. Even in our first year of marriage, we lived in London, so not too many people sent them to us. Needless to say, during this second Christmas, I was pretty confused as to why so many people were sending me pictures of their families.

I did not grow up with this tradition at all, and I felt pretty annoyed at what felt like severe spam during these weeks leading up to Christmas. If they didn’t have a personal message or weren’t from my closest friends, I ended up recycling them. I didn’t think anything of it really until my husband saw me throwing away a few more yesterday and exclaimed, “What are you doing?!” I responded, “I’m recycling these because I read the message, and I have social media so I’ve seen these pictures already…” He just looked at me, so confused, and then started laughing—hard.

Folks, this was one of those moments in our inter-cultural marriage where our differences reared their hilarious heads. He explained to me the significance of Christmas cards in his upbringing and how much he enjoyed receiving them. His words:

“Christmas cards are a way people show their thoughts and affection to others during the holidays! It’s a way to tell the people in your network you’re thinking of them. It’s an honor to receive one, and they’re really fun to give. If you are one of the people they give a Christmas card to, it’s a subtle way of them saying, ‘You mean a lot to us.’ Does that make sense?”

Woah. I had no idea people put that much thought or care into Christmas cards. Especially since most of them have nothing to do with Christmas itself or had no personal message on them! That got me thinking: was I having an Indian American/bi-cultural moment?

I decided to learn about the origin of this matter. The custom of sending Christmas cards was started in the UK in 1843 by Sir Henry Cole. Being in the elite circles of upper-class England, he received many Christmas letters each year. He felt so overwhelmed by all the letters that he wanted to create a simpler version he could mass produce and send back to everyone he received a letter from. Sir Henry and his friend John Horsley, an artist, designed the first card and sold them too. The card had three panels. The outer two panels showed people caring for the poor, and the center panel showed a family having a large Christmas dinner!

The first Christmas card in the US was sent out in 1875 by Louis Prang, a Prussian immigrant with a print shop near Boston. To my surprise, it didn’t contain a Christmas or holiday image. The card had a painting of a flower, and it simply read “Merry Christmas.” This artistic, subtle approach defined the first generation of American Christmas cards. These cards intentionally did not have personal messages so that they could be sent to so many people! Now it all makes sense! 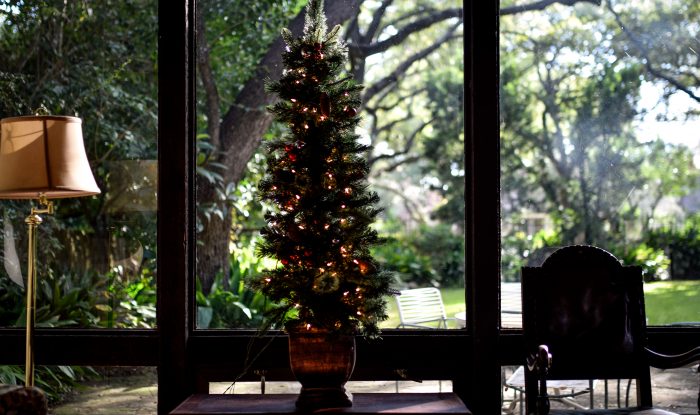 From my experience, Indian people do not send Christmas cards—or at least none of the hundreds I grew up with did. My fridge growing up had a few magnets and macaroni-art-masterpieces (hollla!). We never had baby announcements, save the dates, Christmas cards, or wedding invites on our fridges. I didn’t even see my first printed save-the-date until college! Whatever my history with Christmas cards, I’m going to embrace this tradition for my husband’s sake. It’s something I’m willing to learn and try, just like how he embraces my Harry Potter fandom or vegetarianism.

Shruthi Parker is Indian born, American bred, living in Austin,
married to a 6’6″ Texan, culturally Hindu, Christian by faith, mother to the most adorable (rowdy) mutt, a film and business college graduate, ears to six languages, fluent in two and a half, veggie married to an omni, and figuring out the passions God carefully instilled in her when he had her in mind. Read more at thehonestShruth.com