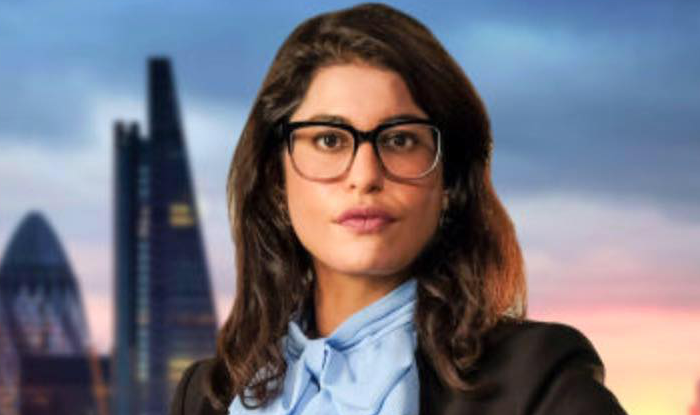 While I may not have majored in business when I was at university,  one of the shows I have grown to love in my time in London is a fan favourite known as “The Apprentice.” In a style much sleeker and professional than its’ American counterpart, Lord Alan Sugar, the head of the scheme brings out the best business conscious minds from all backgrounds to duke it out in challenges that span different areas of the corporate world, with the last one standing winning the position of his new business partner.

So when I sat down to watch this season’s premiere episode, I was delighted to see the South Asian representation in the form of Anisa Topan, Sajan Shah, and Bushra Shaikh. It is not often in reality shows we get to see our communities being represented, and as such, when it does happen there is often a bit of excitement attached. We automatically hope that they go all the way to the end and win it all because it would mean another victory for our society in a world that is largely focused on the majority.

Even though Topan, Shah, and Shaikh ended up being eliminated in later challenges, the love remains for the three flag bearers of the South Asian community. Being an avid watcher myself, I personally rooted for Topan the most, not only because of her wit and charm, but because of her ability think on her feet, her passion for business, and the enthusiasm she has shown in every challenge she has gone through.

I recently sat down with her to ask a few questions about her background, life after the show and what it’s like being a role model for South Asians also wanting to go into business.

What was the motivation to start your own business?

“I did a degree at St. Martin’s, fell into fashion PR, worked for all sorts of companies like Vogue and Tank, and then I did one placement year with a PR agency, and I got offered a job but being the first person in my family doing a degree I wanted to finish that first. I was really passionate about finding my feet and making my own money. For three or four years after I worked in an agency, and then in 2008 I did freelance work and pitched my first client, and in 2013 I realized that I wanted to start my own business.”

Have you ever faced any criticisms from the South Asian community over your career choice?

“I did have that conversation, but because I said to myself that if I didn’t get into the best place to do fashion, I couldn’t let my parents down because they had done so much to make sure that I would go through university and get a degree. I literally just worked my butt off and got into St. Martin’s, which is one of the best universities for fashion in the UK. My dad and mom were also quite open-minded, they could see while I was growing up how much I loved being creative when I was a kid. It was never completely like I had to go in a certain direction.”

Now that you have been on the “The Apprentice,” and you have had people come up to you on the streets and tell you that you are their role model, does it feel like a weight on your shoulders?

“Well, it is a responsibility, but I have always felt that we do not have enough role models. You can look up to some people but then they might not have the same value system as you do, so I really wanted to try and be that person that can help people realize that their dreams are possible. I wanted to be that person in business and in life. It is a responsibility but it is one I am happy to take on and I believe it is something that I can do.”

So when you first saw Sajan and Bushra on the show, were you really excited?

“I was! I felt the show went all out, you had Sajan and Bushra and me, and then you had Jeff as well who is Chinese. And I just love that they had so many people from different backgrounds and it is very refreshing.”

Have you ever watched yourself in the earlier episodes?

“I did! I didn’t actually mind it but I do believe that we are our own worst critics, and I do believe it is a learning process and we can always grow from previous experiences. Watching back I realized there were times on the show I wish I was more assertive but now I am a little more assertive in my day-to-day work. I was just like, it was hard but it was a learning process.”

How has life changed after “The Apprentice”?

“I think it is life changing — now I am approaching top creators and directors that I want to work with and I am getting full responses on how they would love to work with me. I believe being on the show has given me a platform with my everyday work and with improving my business and I am so thankful for it all.”

Thank you for all of the support it’s been emotional! It was an absolute rollercoaster of a ride but I’ve learned so incredibly much about myself and my capabilities. I am proud to have gotten 2/3rds of the way & I’m happy to have met the legend that is @lord_sugar #theapprentice pic.twitter.com/K0rHUdecjP

What is your favourite Indian food?

“This is kind of more East African, but my mom makes a mean lamb pilau. It was my comfort food growing up! If she made it for me tomorrow I would totally have all of it, it is just delicious.”

Since your parents grew up in East Africa, do you believe that you had a more lenient upbringing compared to a South Asian with parents born in countries like India or Pakistan?

“So lenient! I would speak to my Bangladeshi friends and Sri Lankan friends and when they would tell me how hard of a time they would have — I felt I was so incredibly lucky. I do believe that they were strict in some ways and still held their ground on a lot of things, but culturally I felt I was allowed a lot more freedom, within reason. There are still things they wouldn’t let me do like any parent, but I really appreciate that they still let me explore and find myself. I think that is why I never had to fear being myself or to explore my creative side, and I feel so incredible because of it. I feel like if you have a child, you are guiding a soul. You want to guide them and say ‘I want you to go on this path because of your skills, not because of what I want to go into.'”

What would you recommend to someone just starting out in business?

“Make all the mistakes! Don’t be afraid to fail. You have to get used to rejection, because it’s a part of the routine. One of the things my dad used to tell me was ‘Anisa, you are really good at what you do, but you are not good at picking yourself up.’ You have to also learn your own business lessons, just don’t be scared and go for your dreams. When I applied to be on ‘The Apprentice’ and had the auditions, I was really ill and was so afraid that was going to lessen my chances. But I still went for it, gave it my all, and I got on the show!”

And I would be remiss if I didn’t mention the controversy surrounding Topan and the rumoured relationship with fellow candidate Andrew Brady.

Despite being engaged to Tristan Ader – who she’s now married to – while filming the show, The Sun reported that she and Andrew hooked up once the cameras stopped rolling during her eight-week stay at the multi-million-pound house.

“That was just a rumour – I’m happily married,” she told the Digital Spy. “At least people are talking about me I guess. But no! Tristan and I have a very strong, amazing relationship. We’ve actually been together for a very long time.”

After meeting Topan, I felt an incredible amount of positive energy. Full of life and bubbly, she was a pleasure to speak to. I have always found it very hard growing up to have someone as a proper role model, but I have realized that it is not too late to have one.

Topan encompasses all that one wants to be — a carefree but passionate person who is determined to go after her dreams. I hope that others who have watched the show and believe that there is a lack of South Asian representation can look to her as I do, and have the courage to reach for their dreams like she does. Now that “The Apprentice” is over, Topan said she has many things planned for the new year and I am personally excited to see what comes next. She is a force to be reckoned with and I wish her the best!