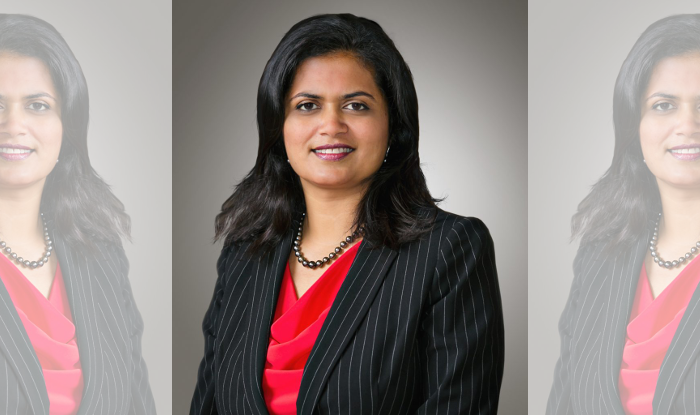 Sital Kalantry wears many hats as a distinguished professor, author, and scholar of law. She serves as a Clinical Professor of Law at Cornell University Law School, while simultaneously directing the International Human Rights Policy Advocacy Clinic and co-directing the Migration and Human Rights Program. Professor Kalantry received her Bachelor of Arts from Cornell University, her Masters in Development Studies from the London School of Economics, and her Juris Doctor from the University of Pennsylvania Law School.

Over her career, Kalantry has become an expert in international human rights, focusing on gender and education rights within India and the United States. She regularly travels internationally to present her work and has received many awards and grants, including a Fulbright-Nehru Senior Research Scholar grant to conduct research in India on the Indian Supreme Court. Moreover, Professor Kalantry is a member of the lawyer’s advisory committee of Peace Brigades International and has served on the International Human Rights Committee of the New York City Bar Association.

Her recently published book, Women’s Human Rights and Migration: Sex-Selective Abortion Laws in the United States and India, critiques the legislative processes and discourses surrounding sex-selective abortion bans in the United States, as parallel to those in India. I was fortunate to gather more insight on her latest book and chat with Professor Kalantry about her professional aspirations and personal journey until now. 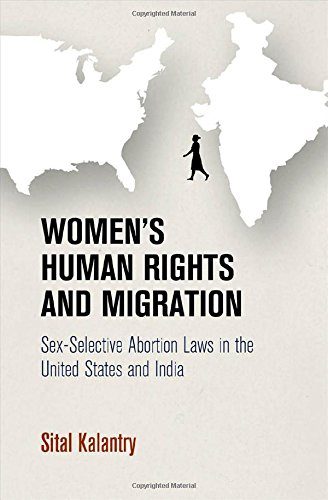 Tell us a bit about yourself

My parents came to the United States for a better future and left me to be raised by my grandparents and aunt for four years. I remain close to my relatives in India because my parents sent me to visit them every summer as I was growing up. Hindi was my first language and I am able to speak it fluently since I spent so much time in India as I was growing up. By shuttling back and forth from the rural village in India, where I was born, to Queens, New York, I became keenly aware of the opportunities I had in the United States that would not exist for me as a girl growing up in a very traditional Marwari family. This is what inspired me to work to promote the rights of girls and women.

What inspired you to write Women’s Human Rights and Migration: Sex-Selective Abortion Laws in the United States and India?

I was puzzled about why pro-choice women’s rights groups would support a movie about sex-selective abortion in India and China that was funded by groups that want to restrict women’s right to choose in the United States. The National Organization for Women, Ms. Magazine, and liberal human rights centers around college campuses were screening the so-called documentary, “It’s a Girl: The Three Deadliest Words.”

The documentary offensively framed Indian people as murderers of female fetuses and female infants, and white women as their saviors. I wanted to try to uncover why people who are so suspicious of anti-choice groups when it comes to the rights of women in the United States are ready to accept the way in which an anti-abortion group would frame abortion in other countries. Of course, one reason pro-choice groups accepted this film is because the funding sources are hidden in the movie’s marketing materials, as I explain in greater detail in a Slate article.

As I did more digging, I discovered that there was a national campaign underway to pass legislation in state legislatures to punish doctors for performing abortions if a woman was aborting the fetus due to its sex. Since 2009, more than half of state legislatures and 8 states have passed these laws, with the claim that Indian American women widely abort fetuses just because they are female.

Why do you think Americans are willing to accept one-dimensional depictions of sex-selection in India and why do they assume the practice is occurring widely in the United States?

Pro-choice Americans are willing to accept the anti-abortion narrative that claims that sex-selective abortion is violence because of a hatred for girls, and this occurs on a wide-scale basis because they lack the necessary knowledge about the nuances of what is happening in India to critically evaluate these claims. They are also willing to accept stereotypes about foreign peoples as misogynist and women as oppressed in those cultures. Human rights and feminist theory and practice have not adequately appreciated that something that is considered a violation of women’s rights in one country, may not be a violation of women’s rights when it emerges among immigrants in another country.

What are your hopes and goals for this book?

My hope is to create some nuance between universal theories of human rights and culturally relativist theories. When migrants undertake practices like veiling in their country of destination, people assume that because veiling may be mandated in some countries and traditionally has been a way to repress women, it carries the same significance in the new country.

This book aims to develop a transnational feminist approach to sort through questions about women’s human rights in migrant-receiving countries using an in-depth exploration of sex-selective abortion bans in the United States to showcase this approach.

I hope to aid scholars and policy-makers to evaluate the practices they are studying or legislating in their own country context and resist the tendency to decontextualize, while also being careful to understand all aspects of the issue they are considering, both in the United States and in the country of origin.

I also want to ensure that when people discuss or evaluate the behavior of migrants and their progeny, they do not just make conclusions based on information from other countries and stereotypes.

Do Asian Americans abort fetuses because they are female?

Laws to regulate sex selection began popping up after a 2008 article by two economists was widely misinterpreted in the media. What the economists found was that, at most, hundreds of Asian American women aborted or used IVF to ensure that they had a boy when they had prior girl-children. Our more recent analysis of birth data of Asian Americans showed that a small number of women seemed to also sex-select in favor of girls when they had prior boy-children. It is plausible to assume that, when taken together, some Asian American families desire to have both boys and girls and are using pre-implantation means such as IVF and PGD or abortion to achieve these goals.

How do you propose we view the practice of sex-selection and better educate people on the topic?

The point of my book is to distinguish how we should understand the practice of sex selection as it actually exists in the United States versus as it exists in other countries. Because of the strong role of universality in human rights theory and feminist theory, we often fail to appreciate this difference.

How long did the research and writing processes take and what steps were involved?

I started to study this issue with a team of law students, economists, and human rights leaders, Miriam Yeung at the National Asian Pacific Women’s Forum (NAPAWF), and Sujatha Jesudesan. We analyzed U.S. demographic data from 2008-2012 to see if there was any truth in the assertion that sex-selective abortion bans were necessary to stop Asian Americans from aborting female fetuses at a great rate and, therefore, protect women’s rights and gender equality – we found there was none. We released a report in June 2014 documenting the empirical findings and disproving other misrepresentations made by supporters of sex-selective abortion bans in the United States. This book built upon my collaborative work with these experts as well as my own individual work on sex-selection. I started to work on this project in 2013 and published the book in 2017.

What are your upcoming publications and projects?

Recently, I co-led a team of students in India and the United States, along with Indian law professors, to research and write legislative reports on surrogacy in New York and India. We published a report for the New York state legislature recommending the de-criminalization of surrogacy. We also submitted a memo to the Indian Parliament, where we presented the views of Indian surrogates in regard to pending legislation in India. The Indian Parliament standing committee agreed with our views.

I am working on an empirical project with co-authors Aparna Chandra and William Hubbard to study the Indian Supreme Court. We are going to publish a book that examines the current problems facing the court, including long adjudication times for cases, procedures for judicial appointments, lack of precedent, and corruption.

What are some challenges, personal or professional, that you have faced in your human rights work?

Progress is often incremental when it comes to human rights. On a day-to-day basis, this can become frustrating, especially when things appear to be moving backward rather than forward. Take, for example, the rollback we are facing on dignity and human rights for many communities today, including immigrants. But then sometimes we achieve victories and those keep one going.

What is some advice that you would give to fellow South Asian girls and women impassioned to take on similar human rights work?

No one has become successful without working hard. No matter how brilliant you are, I think everyone still has to put in the time and effort to achieve their goals. It is also important to continually build networks and communities. But do not just expect and ask others for things. You should be generous and giving with your time to the extent you can to both your mentors or mentees. Finally, do what you love. That will make you want to work hard and encourage others to do the same. As South Asian women, we face certain other hurdles from parents and family that impose their own vision of success on us and larger society that may judge us through the lens of stereotypes. Challenging those are additional burdens we face, but can overcome.

Purchase Women’s Human Rights and Migration: Sex-Selective Abortion Laws in the United States and India from Amazon or from the University of Pennsylvania Press. You can also visit Sital Kalantry’s professional website.

Nur Kara is a medley of Indian ancestry and East African heritage. Being part of a refugee history and having lived through these various lenses inspires her to similarly share in others’ stories. A self-coined “skeptiste,” she questions the uncommonly questioned.