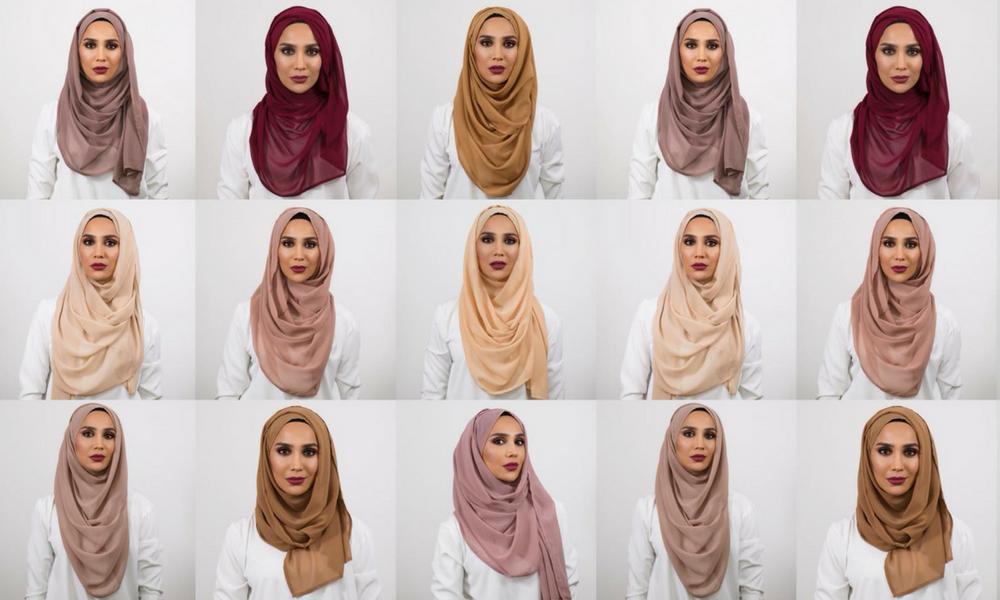 Earlier this month, L’Oreal Paris debuted the Elvive hair care line and, along with it, a new hair campaign.

The UK campaign attracted attention for its inclusion of a hijabi model, Amena Khan, in an attempt to tap into the Muslim consumer market. According to a study by Thompson Reuters, it is estimated that by 2021, the global spending of Muslims on cosmetics will reach $81 billion.

Khan is a beauty blogger, YouTuber and entrepreneur. With more than 580,000 followers on Instagram, Khan has achieved a notable level of recognition, but when the L’Oreal campaign was unveiled, she made headlines unlike ever before.

While the majority of media coverage lauded L’Oreal for its inclusivity and promotion of diversity, there were some publications that chose to frame the story in a negative light.

One such publication is The Daily Caller, a conservative American news outlet. Its initial article about Khan’s participation in the campaign ignored the positive feedback it had been garnering, giving a voice only to the critics.

The article ends with this statement: “Twitter users quickly pointed out the absurdity of advertising hair products using women who do not show their hair.”

What followed was a string of embedded tweets mocking the ad and labeling the hijab as a “metaphorical collar” and “a symbol of actual patriarchal oppression, violence & enforced modesty culture for women across the Middle East.”

The only problem I had with this article, and others like it, was one of a journalistic nature. I found it to be written with a clear bias and felt that it misrepresented the public reaction to Khan’s presence as a L’Oreal model. There is nothing wrong with including those critical tweets. They are part of the response, but they are not the only responses or the majority. It seemed like there was a great deal of effort put into ignoring any and all positivity surrounding the topic and that they missed the whole purpose of having Khan in the campaign and catering to a group of women that are often left out of any type of media representation.

In an interview with Vogue, Khan said “You have to wonder – why is it presumed that women that don’t show their hair don’t look after it? The opposite of that would be that everyone that does show their hair only looks after it for the sake of showing it to others. And that mindset strips us of our autonomy and our sense of independence. Hair is a big part of self-care.”

The interview also touches on the importance of youth having representations of themselves they can relate to in mainstream media.

However, I recognize that there are some publications, like The Daily Caller, that choose to be more vocal about their views and opinions. Every individual has the right to freedom of speech, so normally reading an article like this, I would not take offense, though being a hijabi myself.

If an individual or group has an opinion different than my own, especially in this area, I welcome it and hope that, through intelligent conversation, I can help clear misconceptions and educate them on the true meaning and purpose behind a hijab and the reality of being a hijabi.

For the record, yes, I have hair. Yes, hair care is a big part of my self-care and hygiene routine. Yes, I do wash my hair in the shower multiple times a week. No, not with my hijab on.

The reason I specifically call attention to this site is not to critique its reporting or even this specific article. I didn’t even know this article existed until I saw the effects of its follow-up piece on Khan.

According to time stamps on the website, the same reporter at The Daily Caller published a second article about Khan just two hours after the first on Jan. 18. The headline reads “L’Oreal’s New Hijab Model Is Virulently Anti-Israel.”

“A search of Khan’s Twitter account raises questions about the appropriateness of making her the face of the new campaign,” the reporter writes. “Khan frequently espouses anti-Israel views, calling it a ‘terrorist’ and ‘illegal’ state.”

The article goes on to show screenshots of several of Khan’s tweets from 2014. However, the tweets shown were all from the same month (July) during the 2014 Gaza crisis. I was left wondering where the rest of her “frequently espoused anti-Israel views” could be found.

In 2014, BBC News published an article stating, “Between 8 July and 27 August, more than 2,100 Palestinians were killed in the Gaza Strip, along with 66 Israeli soldiers and seven civilians in Israel. The UN says the vast majority of Palestinian deaths are civilian.”

This was the event to which Khan was responding. However, The Daily Caller represented the situation as an ongoing account of hate speech targeting a specific group of people, rather than a condemnation of the actions of a government and its supporters

On Jan. 22, several days after Khan announced her involvement with the L’Oreal Elvive line, she released the following apology on social media for tweets made in 2014, which had since been deleted, and said she had chosen to step down from the campaign altogether.

As Khan acknowledged in a later statement, her outrage at the death of innocent civilians could have been put forth in a more constructive and less provocative manner. However, there are various public figures who have come out in condemnation of other governments, like that of Syria in light of chemical attacks against its civilians last year. One must ask why those celebrities weren’t labeled as anti-Syrian.

It was clear from the first article that the reporter and publication were not supportive of Khan and her inclusion in the campaign. With no evidence of any impropriety, the reporter scrolled through three and a half years of tweets in order to find a reason to cause controversy amidst the attention in support of the L’Oreal campaign and Khan’s presence. Using their platform, they changed the conversation from the positive one it was intended to be to a misguided one that misrepresents Khan by making her seem as a regular denouncer of Israel and its people and corrupted Khan’s biggest mainstream professional opportunity.

L’Oreal released this statement supporting Khan’s decision to step down, irrespective of her freedom of speech and without recognizing that this was caused by a biased attempt to depict a Muslim woman negatively and in an adulterated light:

“We have recently been made aware of a series of tweets posted in 2014 by Amena Khan, who was featured in a UK advertising campaign. We appreciate that Amena has since apologised for the content of these tweets and the offence they have caused. L’Oréal Paris is committed to tolerance and respect towards all people. We agree with her decision to step down from the campaign.”

To know that a professional opportunity intended to promote diversity and inclusion was co-opted by a witch-hunt to discredit a Muslim woman because a reporter thought it was “absurd” for her to participate in a beauty campaign is disheartening and frightening.

Though in the Western world we take pride in our freedoms, especially the freedom of speech, we are not truly free to voice our opinions. Should we choose to do so anyway, it has proven to be detrimental to our professional and, in some cases, our personal lives.

With that said, out of every model that was a part of this L’Oreal campaign, Khan seemed to be the only one targeted. There have been no public reports on the social media content of the other models. Why?

Perhaps because the intolerant minority is intimidated by the overwhelming appreciation of someone who challenges the traditional norms of beauty, signaling a time when the rest of society is trying to move beyond uneducated misconceptions and divisive rhetoric.

Gabrielle Deonath is a New York-based writer with a passion for telling stories through journalism and creative writing. Through her writing, she hopes to give a voice to those without a platform and to highlight unadulterated representations of minorities. Her work has been featured in publications, such as VirtualMosque.com, SISTERS Magazine, The Island Now, and Survival of the Hardworking, a charity anthology. To read more, visit her blog The Hijab Diaries. To read more, visit her blog at hijabdiaries.com.