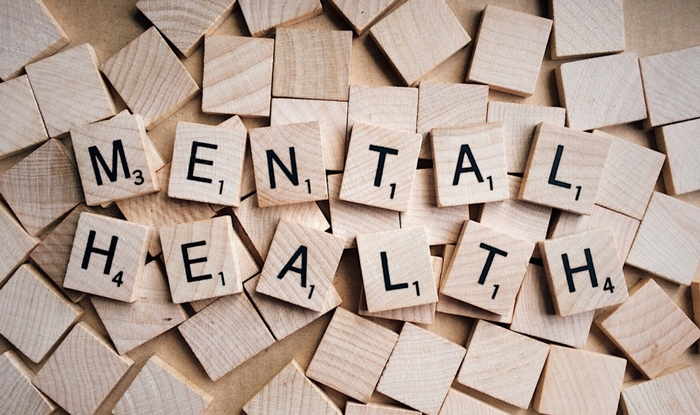 It’s one thing to muster up the courage to talk about mental health, but to talk about it on a first date? I know, it sounds as nuts as insanity itself, but it happened and not only on one occasion.

I go against the grain of the typical South Asian woman who’d be married at my blossoming age of 40 — with at least two children, a red brick driveway sporting a flashy BMW or Merc, and the in-laws living just a few roads away, if not in the same extended semi-detached house.

In fact, I am still single and reside at the bottom of my Mum’s garden in my little artistic haven — very grateful that she washes my laundry and cooks dinner for me, so I’m able to fulfil my dream to be a writer/filmmaker.

While I always felt that I’d veer off the beaten track, I didn’t expect a write-off into a dark ditch. In 2008 I lost my dad, a relationship and all my contracts to the recession, within a hundred days of one another. Several months later, I felt I was losing my marbles too, when my psycho-spiritual crisis or spiritual emergency triggered  — a turbulent conscious awakening, often coloured with mental illness.

[Read Related: The Art of Contentment: Live as You, Forget Others, and Be Happy]

Grief, anxiety and depression would be an unsurprising consequence of my trio of tragedies, but I far from expected extrasensory perception (ESP) and the ability to feel the mental and emotional state of others. If that wasn’t enough, I began to hear voices and have visions, which were difficult to switch off.

I’m far from being a Mystic Madhu, but it’s often said that spirituality and mental illness sit on the same spectrum, as was in my case. An epic tussle between God and the devil within — one attempting to hoist you into the light, while the other tries to dig deeper into that dark ditch you’re in.

Had it not been for leaving my former life in marketing and PR behind, and following my inner calling to become a writer and filmmaker, along with starting up a heap of other hobbies — from learning music, piano, French to taking care of my well-being through meditation, swimming, yoga and eating well — I’m not sure I’d have learned how to manage my condition.

While I had transformed that car wreck into a new shell, built on passion and purpose, my love life was snoozing, despite efforts to rouse it from its slumber. It’s not to say I haven’t tried when I’ve elbowed myself awake and got my fingers typing and swiping — that would be through on and off, online dating, and more recently a popular dating app, which I wouldn’t have touched with a barge pole until recently.

I’ve been using it for a couple of months now, after hearing random stories of singles meeting their life partner through it. Let it be known, I don’t swipe right every Tom, Dip and Harjeet, but seek out a connection and common interests. Hook-up seekers, posey naked torsos and sixty-year-old men feigning their forties are promptly dumped to the left.

The strange irony is that many of the guys whom I met over the last couple of years, all professionals, had suffered their own fragile psyches too. I’d say this was from the time I had begun to accept myself for who I am.

In typical first date settings, I’d touch upon my past — my date would then reciprocate about his own past. The conversation would be so organic that it was only natural to unravel a little more at a time — everyday talk, with the odd chuckle thrown in, whether about that obstinate cloud called depression, the various voices in your head, or soaking up another’s negativity, like a sponge.

It doesn’t come easy leaving off that mask. In a denial state, when you hide your suffering, as I used to, the limited dating that took place during those early days bore no real substance. I was crippled by fear of being found out and deemed crazy. But when you manage to leave that dark ditch far behind you being authentic and true to yourself, sit high up above your next selfie upload, those six-inch heels or the flashy car you drive.

While it didn’t work out with any of the more meaningful dates, or we remained friends, it’s as if God or the Universe, whatever your beliefs are, had drawn them into my life to show me that I wasn’t alone in my suffering. Each of them helped me to loosen the shackles that once upon a time tethered fear and shame to me.

These days it’s expected that the next potential date, even if he’s not the love of my life, will offer me a nugget of sorts. In fact, my most recent date was with a musician-turned-engineer. He’s yet another soul whose psyche had cracked following tumultuous times with his rock band.

We’re more suited as friends, but his nugget offering is golden, involving a dream similar to my own — his is to complete a trilogy of rock albums and mine is to complete my trio of feature-length screenplays, each inspired by our unique car crashes and the long road back. It’s not every day you find a creative buddy who can motor you on and vice versa.

As 2018 kicks off I wonder what further dating nuggets are in store for me. I’d love to meet him, whoever this elusive man is. It’s the desired ending I’ve outlined for the leading lady in one of my screenplays, which is the closest story to my truth. In which case I better not let love snooze again, as I begin writing it this month when I head to Goa. It’s the true stories that affect us the most, right?

Gee Sahota is a British-Asian and London based writer, producer and blogger whose focus is to raise awareness of mental health, spiritual crisis (aka spiritual emergency), and empowerment of women, through the medium of film and writing. Her blog, www.LoveActionWoMen.com, is a somewhat humorous blog with a big mission, where she chronicles her personal and film journey towards fulfilling her dreams.