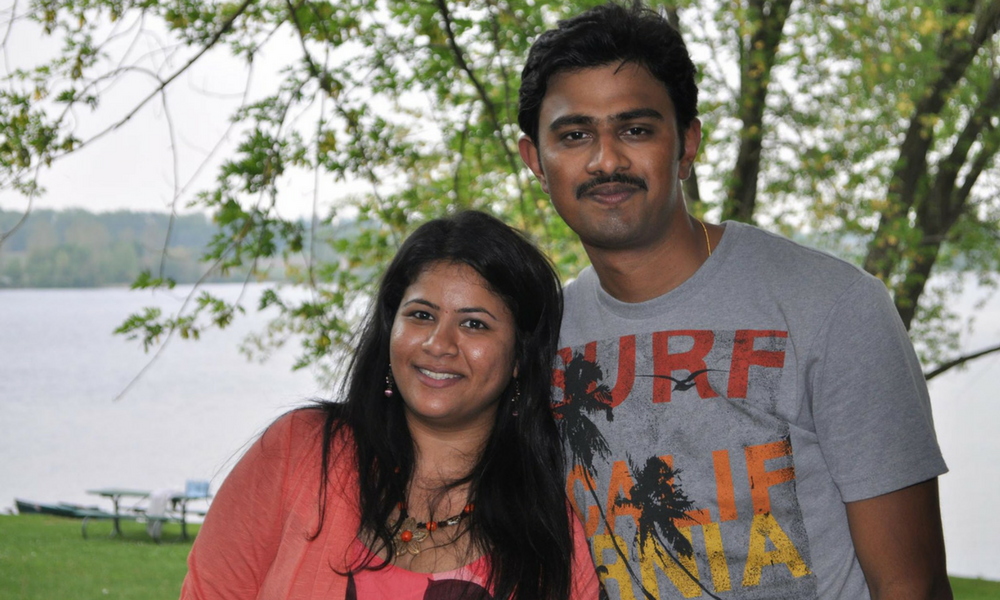 For Sunayana Dumala, the past year has been filled with overwhelming obstacles. In February 2017, her husband, Srinivas Kuchibhotla, was shot and killed in a hate crime perpetrated by a white American man in Olathe, Kansas.

Kuchibhotla held an H-1B visa, which was terminated after his death. This led to Dumala’s loss of residency status and fear that she would be deported upon returning to the United States from her husband’s funeral in India.

With the help of Rep. Kevin Yoder, Dumala was able to secure a temporary visa, and earlier this month, she received a new visa that will allow her to travel to India for the first anniversary of her husband’s death.

[Read More: Why the Death of Indian-American Srinivas Kuchibhotla is a Hate Crime and Nothing Less]

Days after Kuchibhotla’s death, Dumala wrote a lengthy Facebook post sharing her husband’s story, thanking many of her supports and shedding light on the fears that many immigrants live with on a daily basis. She ended the post with the question she believed was on every immigrant’s mind: “Do we belong here?”

Now, almost a year from that post, Dumala is using Facebook again to answer her own question.

On Jan. 16, InTouch Solution, the company at which Dumala is employed, launched a Facebook page called Forever Welcome, in honor of Kuchibhotla.

“Our mission is how to spread that message that America is still a safe and secure place for all of us to live here and all of us to fulfill our dreams,” Dumala said, according to a Fox 4 Kansas City article.

The Facebook page will feature the success stories of other American immigrants and promote the concept of unity.

[Read More: Polarization of Immigration Reform: What Side is More ‘American?’]

The first Forever Welcome post ended on this unifying note:

“Forever Welcome was established in 2017 by Intouch Solutions to honor Srinivas and to demonstrate there is no ‘you’ or ‘me’ when it comes to living in the U.S. We are all welcome here regardless of where we were born. We all belong.”

Dumala has also been invited to attend the State of the Union address in Washington D.C. later this month, where she can continue to act as a vessel for change and inclusion.

Gabrielle Deonath is a New York-based writer with a passion for telling stories through journalism and creative writing. Through her writing, she hopes to give a voice to those without a platform and to highlight unadulterated representations of minorities. Her work has been featured in publications, such as VirtualMosque.com, SISTERS Magazine, The Island Now, and Survival of the Hardworking, a charity anthology. To read more, visit her blog The Hijab Diaries. To read more, visit her blog at hijabdiaries.com.