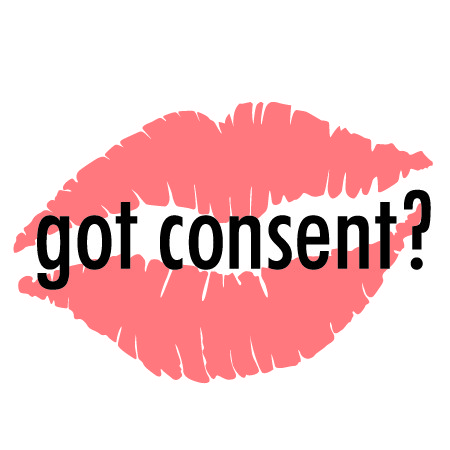 This isn’t an article about whose side I am going to take between the Aziz Ansari and Grace allegations – they both know best about what happened that night. After reading numerous responses to their situation, it’s time to be straightforward about the topic of consent and sexuality. The following are common misconceptions of consent that must be debunked.

1) Myth: If someone engages in one sexual act, then they are willing to engage in other. Example: consenting to oral sex, but not penetration.

2) Myth: Everyone knows how to say no to unwanted sexual advances. If something really bothered you, you would speak up and leave.

If everybody knew how to easily say no, there wouldn’t be so many books and articles teaching people how to be assertive. The fight, flight, or freeze response during unsafe situations is something that humans are wired to experience. Since some sexual interactions can quickly feel unsafe and overwhelming, it’s not surprising to see someone shut down. People who say, “I would punch a guy in the face if he did that to me,” don’t truly know how they would react in the event of a sexual assault. There are many factors behind why some people may struggle or hesitate when saying no, more so than others. Some people have grown up with severe trauma and are vulnerable to feeling victimized again, while others come from cultures where it’s rude or unacceptable to say no. Then there are others who worry about social rejection and ostracism. Knowing how to advocate for yourself is a good life skill to have, but remember that there isn’t an easy way to say no.

3) Myth: If you have already agreed to sex, it’s too late to stop.

You have the right to withdraw consent anytime. You might ask, “What if my partner gets mad at me?” or “What if I look weird?” Again, a good partner will ensure your comfort. People stop in the middle of sex if something is painful, if they feel sick or tired, remember a bad memory, or if they change their mind about continuing to have sex. It’s okay to say, “I can’t continue,” or “ I need to stop right now.” If someone is angry with you, remember that their reactions are their responsibility.

Non-verbal consent matters. When two people are truly on board with getting intimate with each other, it shows in their body language, responses, and facial expressions. If a person is crying during sex, pushing someone away, pulling away, cradling in an infant position, wincing in pain, vomiting (that has happened to a few of my clients), shaking, or zoning out – that’s not consent. While some people are astute at picking up when their partner feels uncomfortable, it’s true that others may not be good at reading a sexual partner’s body language. If you’re unsure about your partner’s cues, it’s best to ask and not assume.

5) Myth: Sexual assault is usually violent and forceful. Having sex when someone guilted you, used trickery, or used verbal threats to get you into bed doesn’t count.

Sexual coercion under duress (being talked into sex that you don’t want) isn’t consent. Enthusiastic consent is when mutual verbal, physical, and emotional agreement happens without manipulation, threats, or head games.

Examples of using verbal threats to get people in bed would be:

“If you don’t sleep with me, I will tell everybody that you’re frigid.”

“You owe me sex. Look at all that I have done for you!”

“I am going to tell your parents that you’re not a virgin if you don’t keep having sex with me.”

Sexually coercive situations may be hard to prove in court, but it’s not uncommon for people to be manipulated into sexual situations through non-physical force. For those who don’t know much about trauma, that may seem bizarre. But being tricked or coerced into sex is still unsettling for a person.

If you need to talk to someone about non-consensual sexual situations, here are some helpful resources:

With all of this talk about consent and sexual allegations in the media, it’s understandable why matters related to sex would feel overwhelming for some people. The best thing people can do is to keep openly communicating with each other. Check in with each other before, during, and even after intimacy. It doesn’t have to be a serious and awkward conversation. Simple statements like, “Do you like this?” or “This is going too fast for me” or “Can we do this, instead of that?”— can help open up the conversation. You and your partner are entitled to enthusiastic and consensual sex. There are many decent people out there who will honor your consent.

Rupali Grover is a licensed clinical professional counselor, who has worked at rape crisis centers, community mental health centers, and managed care organizations for the past eight years. As a 30-something Indian woman, she hopes to provide insight and answers that other brown people in the diaspora may be looking for. Her work has also been featured on introvertdear.com, elephant journal, and survivortoday.org.