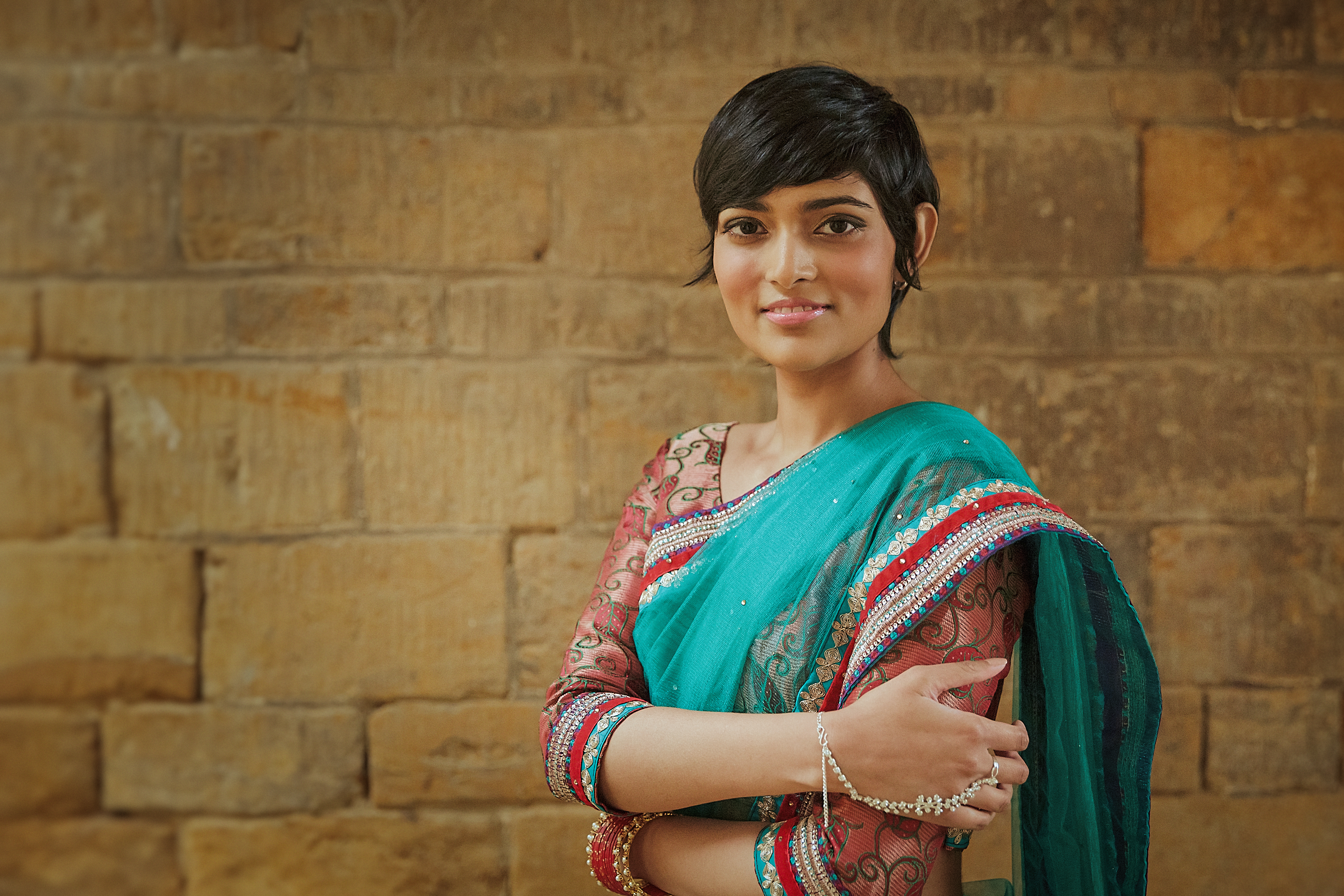 Survivor and blogger Rakhee Patel was diagnosed with Crohn’s Disease at the age of 11. After experiencing serious illness and multiple surgeries throughout her younger years, she had her colon removed at 24 and is now the proud bearer of a stoma. Incidentally, this was the same age at which she shaved her head to increase awareness of the condition and raise funds for Crohn’s and Colitis UK.

Rakhee aims to tackle the taboo of talking about health conditions within the South Asian community by sharing her experiences in the frankest and most revealing way in the hope that others who experience long-term illness may feel safe enough to follow suit.

“It’s not difficult to find stories in the media of people who have made remarkable recoveries from debilitating illnesses and who have then gone on to achieve extraordinary things. They are described as inspirational, courageous and incredible individuals; in recent years I have found myself being placed into this category. It is, of course, a lovely category to be in. However, the emotions I felt did not resonate with the adjectives being used to describe me, which rendered the titles worthless.

Imposter syndrome is a term often used in the context of the workplace or our wider professional careers but I think it describes how I used to feel about overcoming serious illness quite aptly. These feelings were further extenuated by the fact that my achievements and successes are not in material form and therefore cannot be quantified.

I will begin by stating that I see myself simply as a product of incredibly favorable circumstances through which I have been gifted with the precise and unique tools needed to stay alive. Let me elaborate…

As the symptoms of Crohn’s Disease developed in childhood, I became accustomed to feeling unwell. It was normal for me. I didn’t understand the concept of complaining – Indian culture never taught me about it. Having to endure physical pain as a child gave me the tremendous endurance abilities I have as an adult.

For me, the diagnosis of Crohn’s resulted in me having different life experiences than those of my peers. Initially, I didn’t perceive this as a good thing but as an adult, it has become one of my most useful and powerful assets. It gives me the ability to fully accept and embrace being a woman with a stoma, it gives me the fearlessness it takes to make decisions which stray from the norm and most importantly, the confidence to walk back into the world after being struck down by disease for what seems like the ninety-ninth time.

Moving on to survival. I had a strict upbringing in which certain behaviors were unacceptable or not allowed. In a sink or swim situation, my mind is set to swim by default because allowing myself to sit at the bottom of the seabed is, according to me, unacceptable. This meant that the times when my health has been at it’s absolute worst, have been simultaneously the most difficult and the easiest times of all.

The idea that my situation may have been fatal never seemed credible despite doctors telling me so. I was in so much pain that my mind could not comprehend what was happening to me – it gave up, and this was, in fact, a saving grace. I tribute my survival to what I can only describe as a series of thoughts that did not originate from myself, that were somehow implanted in my mind. They told me which treatments I needed to opt for if I wanted to stay alive and I, a most indecisive person, was blessed with conviction beyond reason.

What I’m saying is, my recovery from serious illness is not planned or thought out. Yes, it takes hard work, discipline and, resilience but at the same time it was organic, serendipitous and a case of being handed everything I needed at just the right time. I’ve yet to fathom how my human body was able to withstand such an intensely diseased state; this thought acts a humbling reminder that my body is so much more intelligent than I am.

In recent years I have shifted my focus from physical to emotional health with the belief that the improving the latter will strengthen the former. I was introduced to this concept by a most loving and patient teacher known to me as ben (behen/sister), who showed me how to create a more nurturing mental state through the philosophy and practice of yoga. I then sought the guidance of David James Lees, a Taoist monk and therapist who taught me the invaluable techniques I need to control my mind.

I am continuously motivated by the efforts of my family and friends, who formed the team that carried me when I was too weak to carry myself, exhibiting a level of selflessness which I aspire to achieve. I am also indebted to my parents for shedding their “what will everyone say” attitude and supporting me when I share details of my life that our community is not used to hearing.

I began by talking about imposter syndrome not because I am trying to devalue myself but because I used to think that the inspirational people featured in publications are elite individuals who are in some kind of unreachable league of their own. Turns out, it’s not the case! I now realize that anyone who has ever achieved anything will likely have experienced doubt along the way so there is nothing to separate me from those that I admire. Each of us has our own set of imperfect life situations both past and present and these are what I believe are our greatest strengths.”

You can read Rakhee’s blog for Securicare Medical about living with Crohn’s, a stoma and a thirst for personal development here. You can also keep up with her on Facebook and Twitter.